Buster Douglas, Mike Tyson, And The Sports Betting Myth Of ‘42 To 1’

As ESPN premieres its 30 for 30 documentary on the Douglas-Tyson fight, a clarification on the title, "42 to 1," is in order. 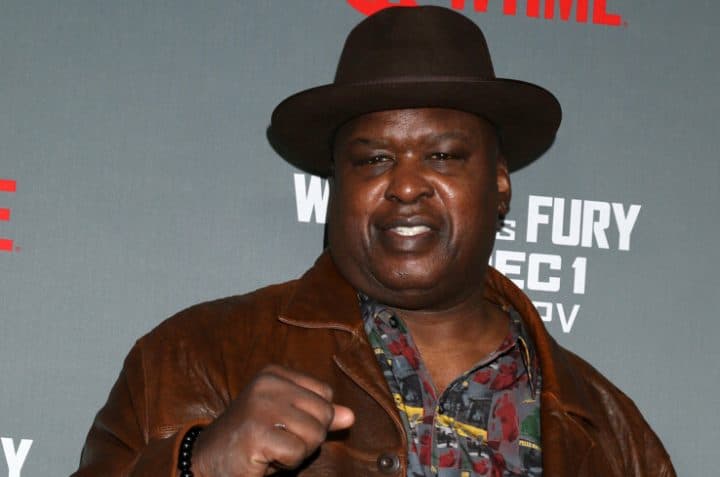 Tonight, ESPN premieres a documentary in its acclaimed 30 For 30 series titled 42 to 1. It’s appropriate, in this year of sports betting legalization and massive expansion, that ESPN would release a film with gambling odds so front and center.

The documentary is about quite possibly the most singularly stunning upset in sports history, James “Buster” Douglas’ 10th-round knockout of Mike Tyson in Tokyo on February 11, 1990 to claim boxing’s heavyweight championship.

I haven’t seen the doc yet, so I don’t know if it does or doesn’t dig into the specifics of the numbers in its title. I won’t know until tonight whether the film clarifies the widespread misconception about where the 42-to-1 odds came from and to whom they applied.

It’s a minor point, admittedly — more a matter of semantic nitpicking than of exposing major historical inaccuracies. But here’s the simple truth:

Buster Douglas was not, at any point in the lead-up to the fight, a 42/1 underdog at any sportsbook.

Is the number a mirage?

In 2015, for the 25th anniversary, I wrote an oral history of the Douglas-Tyson fight for Playboy, interviewing 20 figures associated with the event, including both boxers, one casino magnate and reality TV host who would soon launch a bid for the presidency, and two Las Vegas bookmakers. I had some misgivings about the headline we chose, “42 To 1,” but my editor and I agreed that it was an attention-grabber. (Apparently the folks at ESPN felt the same way.)

My slight hesitancy was due to the fact that “42-to-1” doesn’t mean exactly what people think it means.

Jimmy Vaccaro was the Mirage race and sports book director at the time, and his was the only casino in Vegas that posted odds on the fight. As he explains in the oral history:

What we typically hear is that Douglas won as a 42/1 underdog. That’s how it got reported immediately after the fight, and the number stuck.

Vaccaro also noted that the Mirage book’s action was balanced enough that if Tyson had won, they would have turned a small profit, and with Douglas winning, the sportsbook made about $104,000.

By the way, Tyson’s professional record after the historic defeat was … 37-1.

The ’dogs have their day

At 37/1, was Douglas the biggest underdog in sports history to prevail?

It depends how you frame it. As best I can gather, there’s never been a case of a one-on-one (solo sport or team sport) single contest in which a bigger longshot won.

Betting on a team to win a championship before or during the season falls into a similar category. The classic modern example is Leicester City winning the 2016 Premier League as a 5000/1 shot to start the season; that was, in some ways, the greatest underdog story ever, but there was no single game for which Leicester City was 37/1, or even close to it.

The 1999 St. Louis Rams are often cited as the biggest longshot ever to win the Super Bowl because they were 200/1 before the season began, but they weren’t huge ‘dogs in any playoff game, and by the time the Super Bowl rolled around, they were 7-point favorites.

The moneyline on the New York Jets in Super Bowl III is hard to find a record of, but given that Joe Namath’s Jets were 18-point underdogs to the Colts, it’s been estimated that they should have been about +1000 to win. That remains the biggest upset in Super Bowl history, much bigger than the Giants upending the 18-0 Patriots in 2008; Eli Manning and company “only” paid +475 that day.

When sports fans think of NCAA basketball upsets, they surely think of the Cinderella story of Villanova in 1985, but that team was actually only 8-point or 9-point underdogs, depending on the sportsbook, for the final game against Georgetown. UMBC came much closer to a Buster Douglas-level win in March 2018, when the 16-seed toppled No. 1 Virginia in the opening round of the tournament as a +2000 bet.

If you want to find a longer shot than Douglas who won a title, you have to look at sports with more than two competitors, in which, more often than not, everyone is an underdog at the outset. When Ben Curtis won golf’s British Open in 2003, he was listed at 300/1 … against 155 other players. When Mine That Bird won the 2009 Kentucky Derby, he was 50/1 … against 18 other horses.