It’s Only Cheating If You Get Caught: Inside The Bachelor Scandal And Collusion In DFS

If found guilty, Jade and Tanner Tolbert wouldn't be the first DFS players to violate the guidelines — just the most famous. 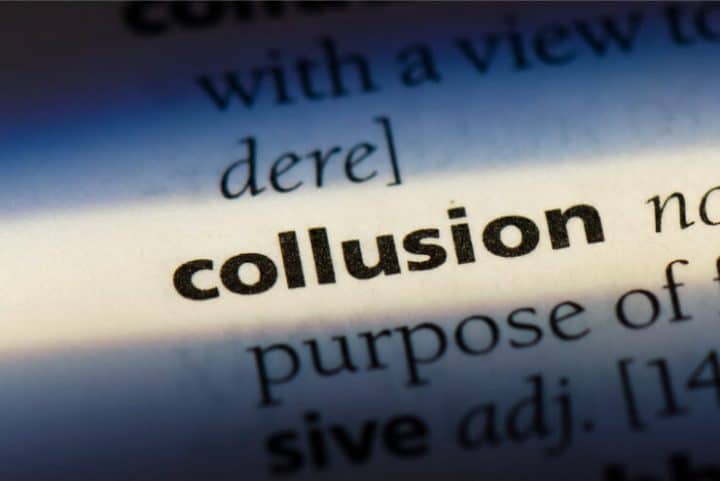 Of all the strange subplots surrounding the story that took daily fantasy sports everywhere from TMZ to The Washington Post to the Bachelor subreddit on Monday, one of the most fascinating is the perfect storm required to get the alleged colluders caught.

A celebrity — at least by modern standards — had to win the DraftKings Millionaire Maker. She had to be married to a fellow reality-TV celeb. It probably had to be the wife and not the husband whose fantasy football lineup hit. And of course, she had to finish in first place. A couple fewer DraftKings points — say, one random drop by Seattle Seahawks receiver DK Metcalf at some point in the final Sunday game — to land her in second place, winning $100,000 instead of $1,000,000, and the internet sleuths most likely don’t raise an eyebrow.

But for The Bachelor Season 19 contestant Jade Roper Tolbert, Metcalf scored 32 fantasy points to help her finish with 180.78, and within a few hours, she found herself at the center of a controversy that had the mainstream media salivating and has DraftKings investigating the situation and holding on to her seven-figure payday.

If Jade and her husband, The Bachelorette Season 11 star Tanner Tolbert, were indeed joining forces to acquire whatever small edge there might be in entering twice as many lineups in DFS tournaments as rules-abiding opponents, they surely aren’t the only such players out there. They’re just the ones who were a little too famous and scored a little too big.

‘There’s a lot of this stuff going on’

“Let’s not put our head in the sand. There’s people who are absolutely doing this all the time,” RotoGrinders Director of Media Dan Back said on Tuesday’s Daily Fantasy Fix podcast. “But the truth is, 99% of those people who are doing it will never get caught because we don’t know who they are. … They’re not two C-list celebrities who have their name on their accounts who won a Millionaire Maker. That’s the difference. That’s the only reason that these guys got caught.”

Even though the DraftKings Community Guidelines spell out that it is unacceptable to (a) have another player put in additional entries for you beyond the maximum number for a contest or (b) build lineups in collaboration across multiple accounts, Back says, “I think there’s a lot of this stuff going on.”

A key point Back made is that the Tolberts have screen names that identify them, unlike all the “awesemo” and “ChipotleAddict” types out there on the DFS streets. That fact lends credence to the idea that if they colluded or multi-accounted, they might have been more ignorant to the DK terms of use than malicious in their intent. Either that, or they were incredibly stupid to use their real names. Had, say, “JRTfootball86” won Sunday’s GPP, the Twitterati wouldn’t have suspected a thing.

“How else is it going to come to light, unless it’s a celebrity situation?” Back wondered. “Because this happens, all the time. And it’s not always in, like, a 150-max situation. You’re telling me that high-stakes $5k buy-ins, where the max entry is three, that you don’t have top-level pros in those high-stakes games basically combining entries and saying, ‘I’ll build three, you build three, we’ll split it up, and I’ll take a look at your lineups and you take a look at my lineups’? Of course that’s happening. It’s absolutely happening. It’s happening on single-entry, it’s happening on three-entry max, it’s happening on 150 entries.”

As many have noted in response to this scandal, there’s a fine line between idea sharing and lineup sharing.

The daily fantasy community is loaded with people who bounce ideas off each other, who talk it out until several of them land on, say, Dalvin Cook as the best running back play of the weekend.

Everywhere you look and listen, there are articles and podcasts that, if they reach enough people, can create some degree of a hive mind and influence ownership percentages.

That’s all perfectly legal. And if all the Tolberts were doing was talking DFS with each other and therefore ending up with similar ownership levels on a variety of players, there would be no case against them.

The other is that, as best as anyone has been able to tell so far, Roper Tolbert only enters the same big contests as her husband, and they always both submit the maximum number of entries.

On top of that, an Instagram post from Nov. 10, 2019, showed Tanner holding up a sign as he and other Bachelor/Bachelorette contestants played a couples game that indicated that as of two months ago, his “fantasy football stuff” was one of the things about him that his wife didn’t like. So either Jade quickly changed her tune on DFS and got into it enough to risk $3,750 on $25 buy-ins last weekend (and similar amounts in previous GPPs), or Tanner has been playing on both accounts all along.

One important piece of the picture that has resulted in the current investigation is that it was one of Jade’s lineups, not one of Tanner’s, that triumphed. Call it gender profiling if you want, but the DFS community is much more likely to tilt its collective head when a woman wins than when a man does, as most of the best known and most successful DFS players are male.

It would be sexist to accuse her of collusion without any proof. But it’s not sexist to recognize that women winning big in DFS has been rare to this point and that not many women fire 150 lineups into tournaments, and then to have that recognition set off a little internal radar.

Still, all of these suspicious elements of the story don’t necessarily add up to proof of wrongdoing, and that’s why the result of the DraftKings investigation will be so fascinating.

Did Tanner Tolbert actually create all 300 lineups and can it be determined conclusively that he’s guilty of multi-accounting? Did they work together on the lineups and can DK determine with certainty that the reality-TV couple is guilty of collusion?

With DraftKings on the verge of going public, transparency is important. This is no time for an investigation conducted out of public view that ends with a ruling but no explanation.

Whether DraftKings finds the Tolberts innocent and lets them keep their money or guilty and disqualifies them from the tournament, some faction will be up in arms about it. The latter result might lead to the Tolberts taking legal action against DraftKings. The former might lead to other DFS players who finished just behind Roper Tolbert suing.

There’s no win-win result, which is especially disappointing for DraftKings and the industry because, for a moment, a reality star winning a million bucks looked like dream PR.

Whatever DraftKings decides, it will go a long way toward determining how prevalent collusion among DFS players will be in the future.