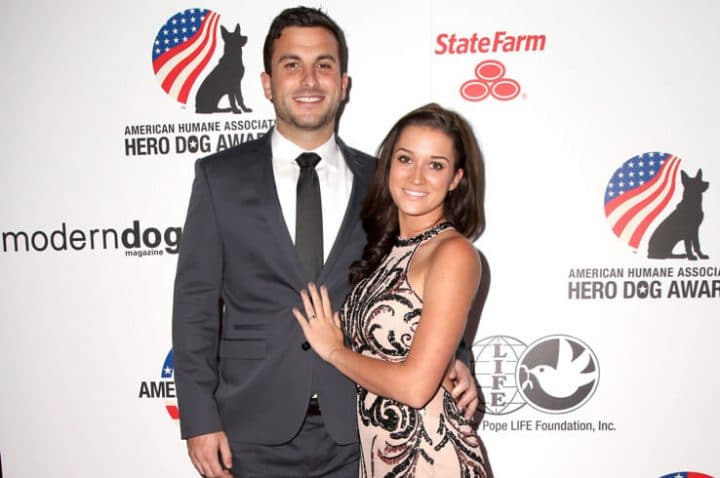 To succeed in gambling, you can’t be overly results-oriented. If you get your chips in good and your opponent hits a two-outer on the river, or you double down with an 11 against a 6 and the dealer draws to 21, or a fluky fumble return for a touchdown on the final play ruins your cover, that doesn’t mean you should change your approach. In the long run, you have to value the process over the results.

Over the weekend, DraftKings concluded its 19-day investigation into former The Bachelor contestant Jade Roper Tolbert’s million-dollar daily fantasy football win in the opening round of the NFL playoffs, revealing almost nothing — to the point that the DFS community had to piece together for itself what the outcome was.

Over the next several minutes, dots were connected, updated results were checked, and screenshots were uploaded: 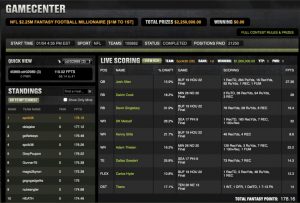 Before long, DFS players and journalists had determined that DraftKings had stripped Roper Tolbert (and by extension, her husband Tanner Tolbert) of her winnings and moved everybody up a spot on the leaderboard.

It was precisely the outcome that most in the DFS community believed to be fair, as all evidence pointed to a clear violation of DraftKings’ Terms of Use and Community Guidelines regarding using multiple player accounts in conjunction with one another to exceed the single-player entry limit on a contest.

But how did DraftKings arrive at that conclusion? Did the investigation find the Tolberts guilty of collusion, multi-accounting, or both? Did the reality-TV couple receive an under-the-table payout anyway?

We might never know the answers to any of these questions.

The less you know …

From the moment internet detectives began comparing Jade’s and Tanner’s lineups and noting irregularities, DraftKings cloaked the entire process in darkness. The company issued an initial statement that an investigation had been opened, and then, day after day, nothing. ESPN reporter David Payne Purdum documented as much on his Twitter account, repeatedly noting a lack of response to requests for an update.

Last Friday, US Bets reached out to Alan Milstein — the attorney hired by the DFS player with the screen name “spclk36,” the runner-up to Roper Tolbert initially — for comment, and Milstein was unable to say anything publicly, noting only that he believed a resolution would be reached within a week.

It turned out it was reached in less than 24 hours. Milstein soon took to Twitter to celebrate his client increasing his/her payout from $100,000 to $1 million (not to mention a separate spclk36 lineup moving up from fifth place to fourth).

Thrilled to announce my client has been declared the winner of the DraftKIngs Millionaire Maker Contest. I have had my share of interesting cases but never conceived this would be one of therm.

While the public was kept in the dark throughout the investigation, Milstein apparently was not, telling SI.com’s Michael McCann, “We have the utmost respect for the manner and expediency with which DraftKings conducted its investigation and kept us informed along the way.”

Everybody but the lawyers, however, was out of the loop. Adam Levitan, host of DraftKings’ DFS Edge podcast, welcomed listener questions on “BacheloretteMillyGate” on his first podcast after the controversy hit, then had to inform his audience that he wouldn’t be answering those questions because DraftKings requested that he not comment on the matter.

Keeping details close to the vest while an investigation is ongoing and lawyers are involved is completely understandable. It’s the lack of transparency after the fact that some in the community find objectionable.

When RotoGrinders Director of Media Dan Back appeared on our Gamble On podcast on Jan. 8, he spoke about concerns over DraftKings making a ruling without explanation.

“They’ve always stood by the ‘we investigate things, but we don’t discuss because of privacy reasons’ or whatnot, so we have no idea how many of these other cases they could have even potentially snuffed out, because they don’t tell you that,” Back said. “Now here’s something that’s very public, and I think it’s time for them to get in front of it and tell us what they found.

“The last thing that I want is a lawyered response from DraftKings about this. I don’t know if we’re going to get anything non-lawyered from them, but that’s where I stand on it.”

Another RotoGrinders contributor, Jordan Cooper, who considers DFS play his primary source of income and serves on DraftKings’ “Voice of the Player” committee, had a similar concern when US Bets spoke to him on Friday, one day before the decision was handed down.

Cooper got his wish, albeit with DraftKings making no statement whatsoever. Still, as Cooper noted on Twitter, players — including him — had their accounts credited from other contests in which the Tolberts were found to have played in violation of the DK Terms of Use. He would have liked to have known more about the specifics of the ruling, but he told us that an explanation of DraftKings’ thought process would be “a luxury,” not a necessity.

And Cooper was very close on his prediction for how the outcome of the investigation would be revealed.

“I’m a news junkie, so I understand how the news works,” he said on Friday. “If they are going to award them the million dollars, it could be anytime. If they’re going to not award them the million dollars, it’s going to be at some garbage time. It might be on Super Bowl Sunday at 5:30. If it’s going to be a negative storyline, they’ll wait until everybody’s talking about the Super Bowl, and ‘oh by the way, that Bachelor couple didn’t get the money.’”

DraftKings didn’t wait for that absolutely perfect moment for a quiet news dump, but the DFS operator came close, hinting at the result in nebulous terms on a weekend morning, when news organizations are understaffed and internet traffic is lower.

Where do we go from here?

Officially, the Tolberts have been stripped of their winnings. Whether they’ve received some unofficial compensation to prevent protracted legal battles is unknown at this time.

A response to Milstein’s celebratory tweet asked him whether the Bachelor couple got paid also. “No word,” responded Milstein.

As Back analyzed over the weekend, we’ll get some indication in the days and weeks ahead:

I think the speculation on whether or not the Bachelor couple got an under the table payment will be answered soon enough. Either they stay silent and this goes away (got paid)…or they get an attorney, go public and take DK to court over this (they got nothing).

But the message DraftKings has sent for now is that multi-accounting is not acceptable, and if you’re caught doing it, there will be a punishment. That’s precisely the determination that all those playing by the rules were hoping for. Had DK ruled the opposite way, it would be like the look-the-other-away attitude that opened the door to baseball’s steroid era, telling players if you want to compete you have to cheat.

There’s also the process to contend with, though. Cooper, though satisfied with the result, believes DraftKings could have done, and still can do, much more.

“How often did this happen in the past? How often is this happening in general? DraftKings has all the data,” Cooper said. “They should be able to find out who’s trying to or has circumvented entry limits, rather than us downloading CSVs.”

Perhaps with more transparency from the operator, the Millionaire Maker situation with the Tolberts never even would have happened. As Purdum reported on Saturday, it’s only now that we’re finding out DraftKings temporarily restricted Jade’s account in August because of a “shared payment method” with what obviously was Tanner’s account. The Tolberts complied with documentation requests and were allowed to proceed and went on to max-enter many major contests together, digging a $62,000 hole according to Purdum. Not every spouse of a DFS player opening an account is suspicious, but if somehow the temporary restriction six months ago had been publicly available information, perhaps this all would have played out differently.

Daily fantasy collusion awareness dies in darkness. Or something like that.

The reality is that the Tolberts only got caught because of who they are. Had they not been minor celebrities playing under their real names, had it not been known that they are married, and, frankly, had it not been the wife’s account, rather than the husband’s, that won the contest, this scandal almost certainly wouldn’t have ever come to light.

That indicates there’s still a lot of room to improve for operators.

Maybe it is DraftKings’ “general policy not to comment further on such matters.” That’s unfortunate. DK took its time and appears to have gotten this one right, and that’s commendable. But the players risking their money on the site deserve to know more about how the conclusion was reached, and more transparency moving forward might help DraftKings and the DFS community work together and maybe, someday, catch a non-celebrity or two circumventing the rules.