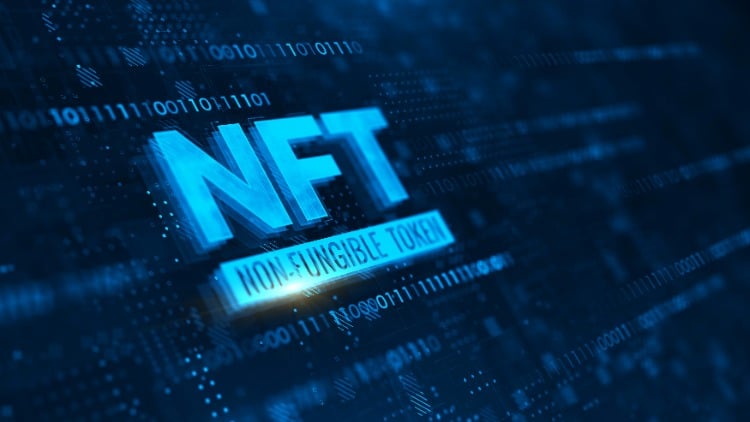 It appears that DraftKings’ inaugural foray into the world of NFTs may not have been so nifty after all.

Friday was the second day of the first set of NFTs that DraftKings, along with Autograph, was bringing to the market. There were five autographed Tom Brady NFTs that were being minted, each one set to be sold to the public on the hour starting at 3 p.m. The five NFTs were numbered to 12, 25, 50, and a pair to a 100. In order to have the opportunity to purchase one — and the prices were $1,500, $750, $500, and $250 each, respectively — you had to “join the drop,” which basically means waiting around for a half-hour until they went live for sale.

But someone got all five. One person got four. A bunch of people got three.

This information about who bought and sold — which is publicly available on the DraftKings Marketplace — was first brought to the public’s attention via Twitter by Dan, who goes by the handle @nohitter_48.

The statistical improbabilities for the Signature NFTs. Sure several of the 1/100 for 2 may be outliers but please explain the 3+ NFTs with this in terms of statistical significance. Working as intended… @DraftKings @SamENole @mattkalish pic.twitter.com/dnFlwPE9NA

In the spreadsheet he created, he lists everyone who managed to snag two or more of the signed NFTs. One name jumps out: DraftKings user SweetBabyNicco, who got all five of them.

How did he manage to get all five? Emails sent to DraftKings representatives by US Bets were not immediately returned Saturday morning.

One potential way it could’ve happened was as of Wednesday’s initial, non-autographed Brady drop, people could join as many waiting rooms as they had apps and/or browsers available. Opening different tabs in the same browser wouldn’t allow for getting different places in line, but having different browsers or apps open on different phones or computers did allow for it. In short: If someone had their DraftKings app open on their phone, they could also join the waiting room on their browsers on their laptop, their iPad, etc. As a result, they would then be given as many places in line as they had apps or browsers that were in the waiting room.

But even allowing for that, the odds of getting a number in line low enough to purchase all five strains the limits of modern calculation.

One other user got to purchase four of the NFTs, eight others managed to get three, and 21 others got two.

To be abundantly clear: No wrongdoing is being assumed here by SweetBabyNicco or the others who got numerous autographed editions — after all, the author of this story managed to get an NFT during Wednesday’s drop using the exact method described above. However, logic would dictate there is at least a flaw in DraftKings Marketplace system.

Additionally, there do not appear to be any terms and conditions clearly stated on the DraftKings Marketplace page concerning if any workarounds are allowed or specifically prohibited.

The five autographed NFTs purchased by SweetBabyNicco are as follows:

Caught RED HANDED. What are you going to do about this @DraftKings @Autograph ? This is not fair for the public trying to get one legit. Very disappointing to say the very least. #NFTCommunity #NFT #CryptoCurrency #Bitcoin #Ethereum https://t.co/saWN36JMOo