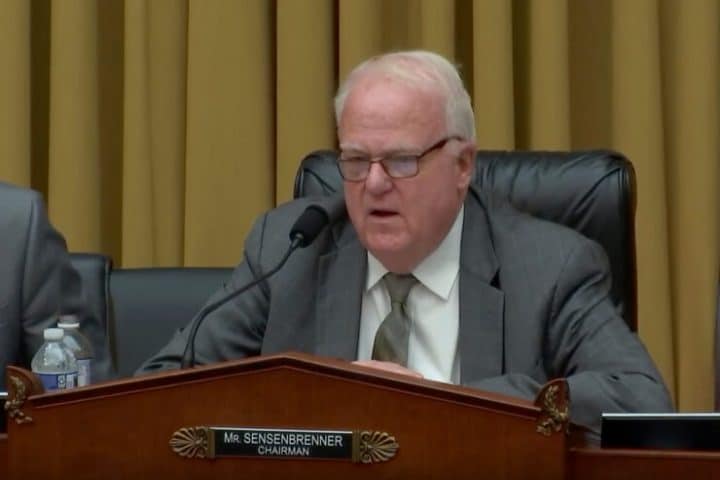 After mainly focusing on Thursday on what five speakers had to say at a U.S. House of Representatives subcommittee hearing on U.S. sports betting legalization in Washington, D.C., we are following up by looking closely at how the House members asking them questions addressed the topic.

Some of them ranged a bit far afield, and there was no real consensus on how to approach this issue in the wake of the Supreme Court’s landmark decision in May that wiped out a near-total ban on legal sports gambling that had been passed by Congress in 1992.

But some clues were provided that could give us a better idea on what directions this committee might consider going in the future.

Rep. Jim Sensenbrenner, a 75-year-old Republican from Wisconsin, ran the meeting as chairman of the House Judiciary Subcommittee on Crime, Terrorism, Homeland Security, and Investigations. Sensenbrenner mentioned in passing one of the most misunderstood aspects of the Supreme Court’s voiding of the Professional and Amateur Sports Protection Act of 1992: the fact that “Congress can regulate sports betting directly.”

Where PASPA failed, according to the 6-3 ruling on May 14, was by improperly “commandeering” states into doing the federal government’s bidding in enforcing the law. Sports betting legalization advocates should keep an eye out for any Congress member who pushes forward a bill for a 50-state ban — something Congress can do, all sides agreed during New Jersey’s battle with five major professional and collegiate sports organizations that began in 2012.

Sensenbrenner mentioned another option as “the free market” concept that defers sports betting choices to the states, which of course is the new status quo. A third possibility, Sensenbrenner said, is for Congress to “adopt uniform minimum standards” for states to follow.

He said that his “personal view” is that there will be a huge temptation to “throw games” — whether it be players or officials who are tempted. Something (Sensenbrenner didn’t specify what) needs to be done to protect legal bettors, “or we’ll be in a huge amount of trouble in the future.”

Sensenbrenner’s first question was a challenge to Sara Slane, a vice president with the American Gaming Association, on her assertion that legalized sports betting will drive gambling away from illegal bookmakers.

“Let’s look at what illegal sports books offer — they don’t ask for ID, many don’t ask for money upfront, if you strike it rich they don’t talk to the IRS so the IRS doesn’t get a 1099G report, and sometimes they even offer better odds,” Sensenbrenner said. “If I was walking around with a fistful of money that I was looking to bet, where would I go when the illegal sportsbook is offering all these goodies that the legal sportsbook can not?”

Of course, there is no good answer to that one, other than to hope that gamblers will prefer the relative safety and security of betting in a regulated environment.

The other question from Sensenbrenner went to Jon Bruning of the Coalition to Stop Internet Gambling. The Congressman pointed to Bruning’s report that claims that more than half of 16-year-olds in the United Kingdom have gambling apps on their smartphones, and that two-thirds say they are “bombarded” by online gambling ads. Sensenbrenner also pointed to Bruning’s report of a 13-year-old who “somehow” got hold of Dad’s credit card and racked up $140,000 in debt in just a few days betting on his favorite soccer team.

Bruning responded that more federal oversight is needed, while taking a vague shot at Betfair, the worldwide online gambling power.

Other House members chime in

Bob Goodlatte, a Republican from Virginia, is simpatico with Bruning on a desire to make online gambling illegal, and shares his skepticism that websites can prevent minors from playing. But from a classic conservative state’s rights perspective, he added that the federal government should not be involved in regulating gambling that takes place at sites such as casinos.

Another gambling foe among the five witnesses, Les Bernal of Stop Predatory Gambling, was given a chance by Goodlatte to say his peace — which basically is that states should not be in the business of trying to entice residents into gambling.

Rep. Jerrold Nadler, a Democrat from New York, came across as wary of further gambling legalization — although he also sought a variety of feedback. He said that “many years ago” he wrote a paper for a New York City mayoral candidate recommending opposition to off-track horse racing wagering legalization because everywhere it was tried, “sociopathology went up.”

Louisiana Democrat Cedric Richmond’s focus was on ways to prevent people from using credit cards to pay for their gambling. Becky Harris, chair of the Nevada Gaming Control Board, said that “credit card companies are reluctant to allow transactions to casinos.”

Val Demings, a Florida Democrat, opened the floor for anyone to talk about the sports organizations wanting to collect “integrity fees” from legal sports betting operators — which did little more than revive the same talking points the group had addressed earlier.

Hakeem Jeffries, a New York Democrat, introduced a curious-sounding letter in which players’ unions of the major pro sports leagues expressed that an increase in legalized gambling could threaten the safety of players, referees, and even their families.

We say “curious” because while the safety of all of those parties is very important, it’s hard to imagine there are gamblers who are too law-abiding to make bets until such activity is legal, yet so dismissive of the law that they would be willing to harm or threaten to harm members of these groups.

Martha Roby, a Republican from Alabama, rounded out the questioning by asking how college athletes can be protected from the scourge of gambling scandals now that sports betting legalization is spreading.

About the only noteworthy information provided in the responses was that Harris, the Nevada regulator, is the mother of a college athlete.

So this committee overall seems still to be in the earliest stages of processing the fact that a new U.S. gambling era is at hand. Frankly, several of these members seemed to know very little about the topics. (Then again, don’t we all want members of the House Judiciary Subcommittee on Crime, Terrorism, Homeland Security, and Investigations to invest their limited time in more important issues than this one?)

Finally, keep in mind that control of the House of Representatives may move from Republican to Democratic hands after the elections just over a month from now. So when this committee revisits this issue next year — there were no signs it will happen in 2018 — there may be new leadership, and a new philosophy, about whether Congress should step back in to play a role again in U.S. sports betting legalization.

Be A Better Bettor: 5 Resources That Can Improve Your NFL Win Rate