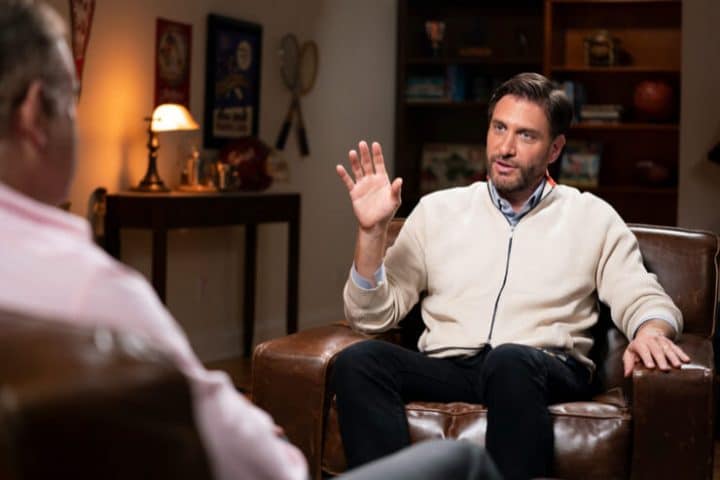 But if you gamble enough, you will have stories.

ESPN’s Bettor Days, which premiered for ESPN+ subscribers this week and will follow with new episodes every Thursday in September, spotlights those stories. Longtime TV and radio personality Mike Greenberg is the host and an executive producer, and if the first episode of Bettor Days is any indication, “Greeny” might have struck gold here.

For the past two-plus years, since the Supreme Court deemed PASPA unconstitutional and legal sports betting began to spread — from one state pre-2018 to 22 jurisdictions now if you count the four states that have passed legislation but haven’t launched wagering yet — ESPN has dipped more and more toes into sports gambling. But for the most part, the network’s coverage has focused on the games and the odds with shows like Daily Wager; or, by building a Las Vegas studio to expand the focus on those games and those odds.

A key element of the show’s conceit is that Greenberg is hearing the bettor’s story for the first time, right along with the audience. The producers have found the stories and storytellers and vetted them, so Greenberg knows something compelling awaits when he sits under the studio lights with the gambler of the week. But his reactions are genuine. He doesn’t ask leading questions that set up the guest for punch lines like a late-night host. He asks the questions anyone would ask while processing the story in real time.

The crisp editing is essential to making Bettor Days work, as the episodes are a tight 15 minutes. Plenty of Greeny’s questions presumably went nowhere while filming, along with fat from the storyteller, but all that has been cut. The result is a yarn that unspools at a snappy pace rather than a meandering slog.

In addition to the Q&A between Greenberg and his guest, the story is told through reenactments that have just the right light and humorous tone, as actors portray the scenarios while the bettor’s voice provides narration. Some of the reenactments are straightforward, while others get creative in the images they use to accompany the audio — almost to the point of achieving a Crank Yankers feel.

“At ESPN+, we have the freedom to experiment and find new ways to tell entertaining stories, and Bettor Days is the latest example,” explains ESPN+ Original Content Vice President and Executive Producer Brian Lockhart. “Greeny is a natural when it comes to uncovering the most interesting, funny elements in a story, and the reenactments are a perfect complement to his interviews.”

The debut episode is titled “Fauxto Finish,” a play on “photo finish.” It’s no accident that this episode, about the controversial 2019 Kentucky Derby, was released the week of the rescheduled 2020 Derby.

Greenberg’s guest is “Steve from Reno” — opthalmologist Steve Friedlander — who found himself on an emotional rollercoaster watching Maximum Security get disqualified and 65/1 longshot Country House awarded the win. We don’t want to spoil the episode, but rest assured it features a twist that makes this different from your usual massive windfall or crushing bad beat story. And it provides a lesson for would-be bettors, serving as a “cautionary tale,” as Friedlander says.

Upcoming episodes (which US Bets has not yet seen) cover a March Madness winning streak, an unusual punishment for fantasy football failure, and a diehard Cincinnati Bengals fan making the suffering of his team’s ineptitude worse.