High Tide For Alabama Bettors As FanDuel Pays Out For Publicity

FanDuel is already paying bettors as if Alabama has won the NCAA championship, a calculated move its parent company has tried before. 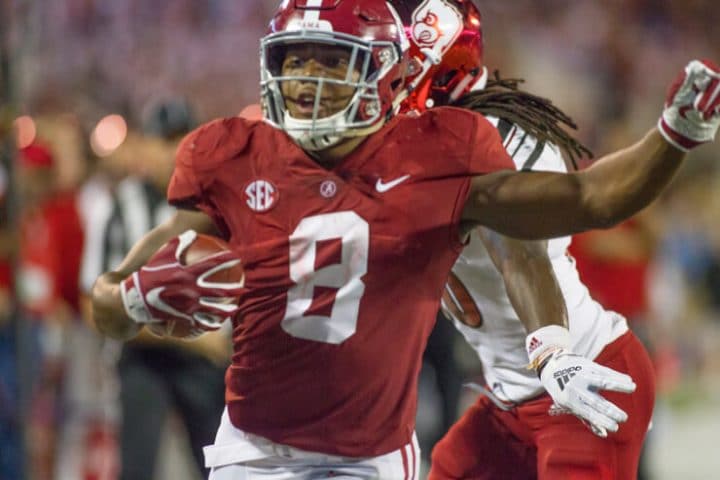 While Alabama football was sweating out its toughest game of the season on Saturday, a come-from-behind 35-28 win over Georgia, sports bettors who took the Crimson Tide to win the national championship at FanDuel Sportsbook in New Jersey weren’t sweating a drop.

On the eve of the SEC Championship game, having seen no opponent come within three touchdowns of beating ‘Bama this season, FanDuel announced it was paying out early on wagers made prior to 5 p.m. Friday on Alabama to win the national title in January.

“Alabama’s historic and seemingly inevitable march to [the BCS title game at] Levi’s Stadium deserved a history making gesture to our customers,” Mike Raffensperger, CMO of FanDuel Group, said in a statement. “While the college football season has not had too many surprises, we wanted to surprise our customers today, thank them for their loyalty, and prove there are More Ways to Win on FanDuel.”

The capitalization of those last few words, melding statement with slogan, tells you everything you need to know. The payouts, which FanDuel said could total nearly $400,000 including parlays, are a carefully calculated attention grab.

With legal sports betting new to New Jersey and most states, this is an unheard-of move in America. But it’s not exactly groundbreaking on a global stage.

Given that FanDuel was acquired by UK-based sports betting company Paddy Power Betfair in May, we should have seen something like this coming.

Even after the Georgia scare, Alabama is a -250 favorite to win the national title on FanDuel. It was -280 going into Saturday’s game.

Looking more specifically at the national title picture now that we know which four teams are in the NCAA’s championship tournament, Alabama is favored over Oklahoma in the semifinal by 14 points at the SuperBook in Las Vegas (FanDuel hasn’t posted a line yet). A 14-point favorite is usually about -800 on the moneyline.

FanDuel has released odds on a theoretical Alabama-Clemson championship game, with the Tide favored by 4½ and -210 on the moneyline. So a moneyline parlay of Alabama to win both games at those odds would come out to about a -160 line.

You’re better off betting on ’Bama to beat Oklahoma, then rolling that money over on them to win the championship game (if you’re confident Clemson will beat 11-point underdog Notre Dame in the other semifinal) than placing a -250 bet on Alabama to win it all right now.

But either way, you missed what turned out to be a sure thing had you bet Alabama prior to FanDuel’s announcement on Friday.

No such thing as bad publicity

FanDuel gets value out of the early payout in two ways: It gets publicity (and this article is guilty of helping FD succeed on that front). And this move encourages bettors to pony up on big favorites in the future, hoping to get a freebie.

A sportsbook’s goal isn’t just to attract customers and have them download the app and make deposits. It’s also to get them to make bets, and specifically big bets at questionable prices. A bettor who catches wind of the Alabama payout might feel encouraged to put money on, say, Duke basketball at a mere +250 to win March Madness, believing there’s a chance of cash coming that bettor’s way before the tournament even begins.

Paddy Power and FanDuel clearly believe in the power of positive publicity — as evidenced in September when a “glitch” led to absurdly enhanced in-game odds on a Broncos-Raiders NFL game, and FanDuel ultimately decided to pay customers who pounced on the mistake.

It’s hard to put a dollar figure on goodwill. But there is undoubtedly monetary value in it, especially during the first year of online sports betting in New Jersey, when FanDuel, DraftKings, and six other sites are battling for market share.

In this instance, FanDuel made the calculated gamble that the goodwill was worth $105,000. If Alabama wins the BCS title, it will have cost FanDuel nothing. And if ‘Bama loses, FD benefits from another round of articles a month from now marveling over customers getting to cash in on a losing bet.