Fantasy Sports Legality Under Attack: ‘The Industry Needs To Be Vigilant’

Are Florida and Connecticut challenges a coincidence or the start of a trend? 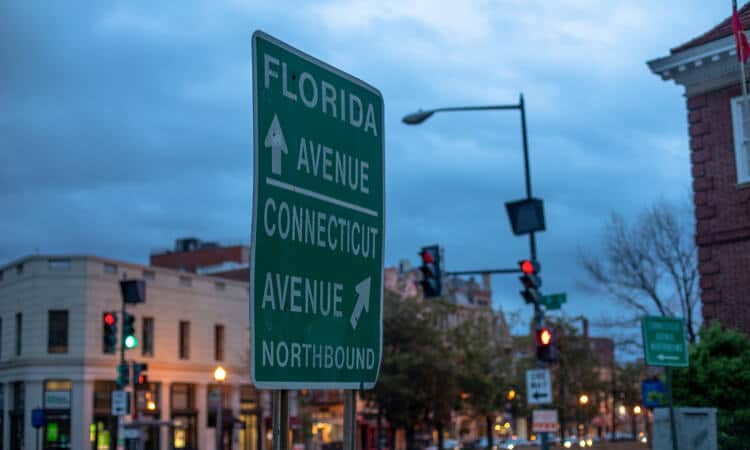 You can be forgiven if you assumed several years ago that, going forward, the daily fantasy sports industry would be in the clear.

DFS survived the great legal threat of 2015, and with single-event and multiple-event-parlay sports wagering legalized in half the states in the U.S. since 2018, it appeared questions of legality for real-money fantasy sports operations were a thing of the past.

Then Florida and Connecticut came along in May 2021 and burst that bubble faster than you can say “late swap.”

In Florida, a new compact designed to legalize various forms of gambling, including sports betting, dragged along with it assorted fantasy sports bills establishing rules and licensing fees that would, in the words of the Fantasy Sports & Gaming Association, “eliminate paid fantasy sports contests”:

That was followed just days later by the revelation that Connecticut’s sports betting bill also contained language threatening the viability of fantasy play in the state. The Connecticut Senate sent that bill to the governor late Tuesday night. If signed into law, it will require all DFS operators to be tethered to one of the two tribal casinos in the state and to suspend operations starting July 1 until they receive licensing.

This also invited a statement from the FSGA, warning that it “could result in the shutdown of paid fantasy sports in Connecticut for a significant period of time, possibly through the NFL season.”

The DFS community rose up and pushed back, and Florida yanked the fantasy legislation on May 18 while the rest of the compact moved forward.

“Going back a few years, when DFS needed the state of New York to approve fantasy sports, there was a lot of discussion that if that didn’t happen, that was going to be the end of DFS,” recalled RotoGrinders Director of Media Dan Back, a Florida resident and DFS player and industry analyst. “But the DFS community and the fantasy community in general really helped move the needle in those final moments, and legislators were getting bombarded with emails and calls and they had to explain why they were going to vote against something that people in their districts wanted.

“The same thing mobilized to an extent around this Florida bill, where the FSGA pushed a lot of their member organizations to tweet out the ‘Fantasy for All’ link, which makes it easy for you to send an email to your state representative. And when you see guys like [ESPN’s] Matthew Berry, with a million-plus Twitter followers, telling people, ‘Hey, make sure you do this,’ people listen.

“It really sucks to live in a state where you can’t play fantasy sports — especially when you’ve previously been able to. For that to suddenly be taken away from you? That’s happened in Tennessee, Alabama, and other jurisdictions. But word got out, and people had their voice heard. I definitely think it helped in Florida.”

The focus subsequently shifts to Connecticut, where Peter Schoenke, who’s on the FSGA board of directors and is the president of RotoWire, says he’s “hoping to have the same thing happen” as what occurred with public rallying in Florida. He is concerned, however, they might run out of time.

“What’s happened in Florida and Connecticut shows that the fantasy sports industry needs to be vigilant,” Schoenke told US Bets. “There’s an education process with this. And there’s a knee-jerk reaction for legislators and regulators to focus on sports betting and gaming and sweep fantasy sports into that. And that’s usually not a good thing, because it doesn’t really work the same way, with the same sort of licensing schemes and registration fees and investigation costs — they just don’t work for fantasy sports, it’s a much different industry.

In Connecticut, Schoenke explains, there are two major problems for the DFS industry based on the new legislation, the first being that there’s a limited number of licenses.

“There are tens of companies that offer paid fantasy sports contests in our trade association,” Schoenke noted, “but in Connecticut, they’re going to limit it to just two to four licensees — the wording is not entirely clear. Whatever the number is, it’s much smaller than the number that are currently operating in Connecticut and licensed in other states.

“And, obviously, that doesn’t allow for any startups and innovation, and our industry has new innovations, along with the new technology and new companies, that emerge all the time. And even some big companies could be left out. If there are only two licenses, then among FanDuel, DraftKings, and Yahoo alone, somebody’s not going to be allowed to operate in the state.

“The second problem is that, the way they wrote the law, all the companies have to withdraw from the state after July 1 and then reapply. And that’s probably going to be a process that lasts anywhere from six months to two years. So that means you won’t be able to play DraftKings or FanDuel DFS well into the fall and maybe the whole football season.”

No DFS all NFL season within Connecticut borders? That’s a problem.

And for those Connecticut residents who play #DFS, I hear Sunday mornings in Yonkers, NY or Springfield, MA in the Fall are glorious – because if this bill passes, that's where you'll be headed if you want to get lineups in

For what it’s worth, it’s not a done deal yet, and Sports Handle reported that even after Connecticut Gov. Ned Lamont signs off on the package, it’s possible the DFS language can be altered. Some are optimistic that temporary licenses could be issued to avoid the July 1 shutdown.

Dan Back mentioned Matthew Berry’s role in rallying the fantasy sports troops in Florida, and “The Talented Mr. Roto” will be directly impacted if July dawns in Connecticut without the language having changed. He lives and works there.

Ok so I live in CT. As do many of my ESPN colleagues. And I play paid fantasy football and DFS not only for fun but because IT’S MY JOB. The idea it might be illegal for a bunch of ESPNers to do their job & keep other companies out is INSANE. If you live in CT please help ⬇️ https://t.co/fqvv7TCo8P

Headquartered in Bristol, Conn., ESPN is synonymous with sports in the state and has embraced fantasy sports play, in terms of both content and ad revenue, dating back to well before the widespread legalization of sports betting. But the Disney/ESPN influence wasn’t felt some 20 miles away in Hartford when the proposed DFS laws were written.

“I think it’s just really ironic,” Schoenke said, “that they ended up with this fantasy sports bill without consulting the wider fantasy sports industry, and they have perhaps the biggest company in fantasy sports in their own state. That would seem to be a real oversight. While ESPN doesn’t offer paid fantasy sports contests itself, it obviously still makes a lot of revenue in advertising and deals in relation to paid fantasy sports and DFS, and it’s also part of the larger ecosystem that will be impacted negatively by this bill.”

Who writes these bills, anyway?

As Schoenke noted, it’s not just ESPN that clearly wasn’t consulted — it’s the whole of the fantasy sports industry that appears to have been ignored in both Florida and Connecticut.

Still, neither Back nor Schoenke views what’s happened in these two states — where the obvious common thread is that tribes hold massive power in the gaming industry and tribal compacts are involved — as the start of a trend. Elsewhere, in states like Arizona, Louisiana, and Iowa, DFS legalization is headed in the opposite direction.

“I don’t think this is a sign of widespread trouble to come for DFS,” Back said, “because these legitimately are the first two situations we’ve seen in like the last three years or so. Everything has gone more toward opening up than closing down. Everything’s getting better.

“These were just outlier situations that I hope were a case of poor legislating rather than agenda-driven by people who are trying to get a competitive leg up in the gaming sector. Even a super-conservative state like Alabama passed a bill to allow people to play DFS there. That was really groundbreaking — I didn’t think that was going to happen, and it did. So I think that these are just a couple of outliers and they happened to occur at almost the same time.”

Then again, Back notes, there is another heavy-hitting state lurking in the sports betting legalization sweepstakes that also has to account for powerful tribal interests: California.

Stay tuned, because if a state that’s home to 39.5 million people happens at some point to start writing new rules that threaten the fantasy sports industry, the FSGA and all the other major players will have to make their voices heard louder than ever before.