After two years of confusion created by a DOJ memo, a court found that The Wire Act has limited scope 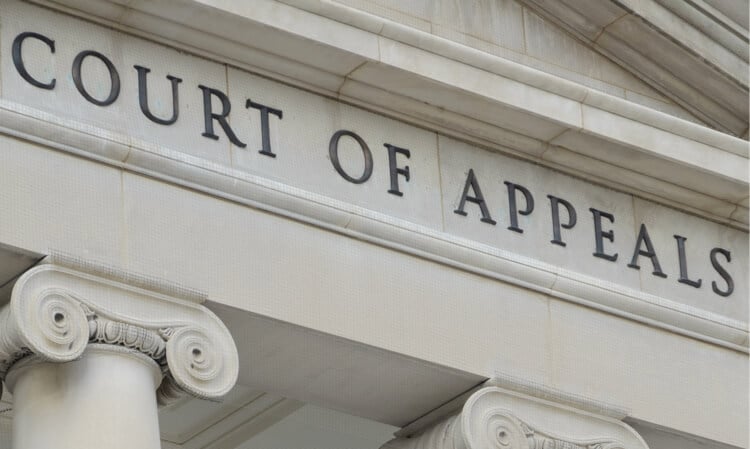 Two years of confusion created by a Department of Justice memo were erased on Wednesday when, in a 49-page ruling, a U.S. First Circuit Court of Appeals panel found that The Wire Act of 1961 only applies to interstate sports betting.

The New Hampshire Lottery had filed a lawsuit after a November 2018 DOJ Opinion held that The Wire Act was not so limited in scope.

That led to uncertainty about the validity of multi-state lotteries and online poker compacts that clearly crossed state lines — but also state lotteries, because a simple purchase of a lottery ticket might technically involve for a moment technology that operates in another state.

The 2018 memo seemingly came out of the blue, leading many U.S. gaming expansion advocates to point the finger at the Trump administration for seeming to curry favor with Sheldon Adelson, the Las Vegas billionaire who died last week. Adelson was the leading opponent of online casino wagering as well as the national Republican Party’s top individual donor.

New Hampshire was one of several states to begin offering online lottery play in the wake of the Obama administration’s 2011 memo that clarified — for a time — that The Wire Act only applied to sports betting.

The DOJ never acted on the new interpretation, and its defense in court filings was that there was no imminent threat to the New Hampshire Lottery or other concerned parties.

But judges Sandra Lynch and William Kayatta (a third judge, Juan Torruella, heard oral arguments in the case but passed away in October) did not buy that reasoning.

“The government exacerbates the threat posed by its prolonged coyness by limiting its professed forbearance to ninety days from whatever date it decides to opine,”the judges wrote.

“A state-wide operation integrating over a thousand retailers and multi-state relationships to produce almost 100 million dollars in net revenue does not strike us as an operation that can be easily wound-up in 90 days. Nor can a state legislature plan sensibly if such a relied-upon revenue stream finds itself suddenly subject to a three-month closure notice.

“New Hampshire and its vendors should not have to operate under a dangling sword of indictment while DOJ purports to deliberate without end the purely legal question it had apparently already answered and concerning which it offers no reason to expect an answer favorable to the plaintiffs.

“According to [the lottery’s] affidavit, it would be impossible for it to comply with the plain language of the 2018 Opinion without entirely shutting down its iLottery platform. Given the unequivocal position in the 2018 Opinion, and the pre-2011 response given by DOJ to inquiring states, we cannot see why the plaintiffs should be forced to sit like Damocles while the government draws out its reconsideration.”

The ruling was hailed by a longtime advocate for the expansion of legal, regulated gambling in the U.S. and a party to this case:

And we win! The 1st Circuit upholds the District Court's Opinion and rejects the OLC's opinion. The 1st Circuit holds that the Wire Act only (and obviously) applies to sports events and contests! Big Win! @iDEA_Growth #sportsbetting #wireact

The core of the legal argument came down to what a previous court judge had derided as “a mess of a statute” in describing the now-60-year-old Wire Act — before a ruling in June 2019 that the Court of Appeals has now upheld.

All parties involved had to channel their “inner grammarian” to make their respective cases.

The details, including excerpts below, are not for the faint of heart:

“The parties invite us to view the text of the Wire Act as having two key clauses, each defining two prohibited uses of wire communication facilities:

“As the district court correctly concluded, the language and syntax of section 1084(a) ‘prevents the first clause from being a textbook application of either canon,’ and a third canon — the punctuation canon — fails to save the day.

“The legislative history provides further support for our judgment that Congress likely did not intend the strange results inherent in the government’s reading.

“In conclusion, we find that the plaintiffs’ claims are justiciable and that the Wire Act applies only to interstate wire communications related to sporting events or contests.”

While lottery officials such as those in New Hampshire can simply take a deep breath and go about their business, online casino and poker supporters gain an unambiguous opportunity to move forward.

New Jersey, the leading online poker state from a revenue standpoint, already had an interstate compact with Nevada and Delaware, but those two states — especially Delaware — have a relatively small pool of players.

If Pennsylvania and Michigan, both of which have legalized online poker, join the compact, that could provide the needed liquidity for players to have plenty of games available at all stake levels nearly around the clock.

Legislators in other states also could move ahead with online poker, now knowing that they don’t run the risk of the federal government quashing such play. The same is true of intrastate online casino gaming, which didn’t run directly afoul of the 2018 Wire Act interpretation but could have been as risky from a legal standpoint.