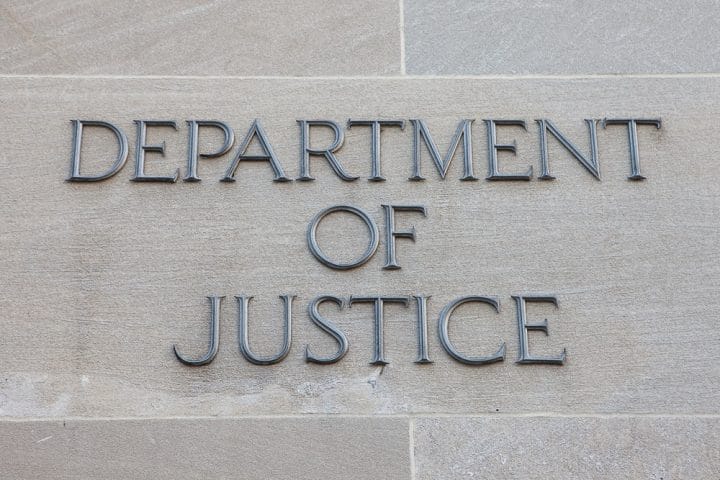 The Department of Justice will revisit a 1961 law on Friday, a move that could provide complications for the nascent regulated online gaming industry.

A reliable source on Capitol Hill told US Bets on Wednesday that the DOJ’s Office of Legal Counsel (OLC) on Friday will issue a new opinion on the Wire Act. The language of the opinion is unknown, so it’s too early to ascertain the implications for state-sanctioned regulated online gaming, including online poker liquidity sharing between New Jersey, Nevada and Delaware.

Pennsylvania has legalized online casino gaming, but has yet to launch. Michigan seriously considered online gaming legislation in 2018, and it will do so again next year (pending there isn’t an eleventh hour passage this session). Many other states have looked at internet wagering in the past.

Rolling back the clock

The DOJ under President Obama re-interpreted the Wire Act in 2011 (also close to Christmas),  allowing for state lotteries to go online, but it also paved the way for states to regulate online casino games. The DOJ effectively determined that the decades-old statute only applied to sports betting. That activity was given the green light this year when the U.S. Supreme Court overturned the Professional and Amateur Sports Protection Act of 1992 (PASPA), in what was effectively a states’ rights case.

A reversal of the 2011 Wire Act opinion could pose issues for states’ rights. However, the opinion is not a new law, as Congress would have to act on the issue. It’s merely how the DOJ interprets the language of the law. Enforcement of a new legal opinion is a separate matter.

There have been Congressional attempts, through the Sheldon Adelson-backed legislation known as RAWA (Restoration of America’s Wire Act). Those have never been close to successful.

News of the forthcoming Wire Act opinion came the same day as the formal introduction of a federal sports betting bill, though it’s only a placeholder for the next Congress and its chances are remote.

NJ would fight ‘tooth and nail’ against feds

The Garden State currently dominates the regulated online gambling market in America, and the internet-based component of its sports betting industry is growing rapidly, with more than 70% of the handle last month coming from online/mobile. The state also set a new internet gaming revenue record in November.

New Jersey will not be giving up its online casino, but the 1-2 punch of a new Wire Act opinion and a federal sports betting bill backed by the leagues has the state on the defensive.

“Whenever Congress, whether it’s Democrat or Republican, tries to get their hands in on the state’s business, I have great concerns,” former New Jersey State Sen. Raymond Lesniak told US Bets Wednesday. Lesniak, who spearheaded both online gaming and sports betting, placed the first winning legal bet in New Jersey history.

The yearslong PASPA challenge is still fresh on Lesniak’s mind. “When they [Congress and the leagues] do things hand-in-hand, I get very, very troubled. I would expect that the New Jersey delegation, which is very powerful, would stand up to protect New Jersey’s interest.”

“One would expect that [other] states would stand up for their states’ rights, now that New Jersey has led the way, both with internet gaming and sports betting, and they can see how beneficial it is,” he added. “Internet gaming was responsible for keeping the lights on in some casinos, and sports betting over the internet is the greatest revenue producer for our casinos, as well as the state of New Jersey. Meddling around with that would cause us grave concern.”

According to Lesniak, New Jersey still has ambitions of internet gaming compacts with other states, as well as with international markets.

While the Wire Act opinion and the federal sports betting placeholder legislation might ultimately prove to be nothing-burgers, New Jersey isn’t gambling on its exploding internet gambling industry.

“People in the industry are very concerned and fearful, so we will not approach this as window-dressing,” he said. “We will fight it tooth and nail, the same way I did in knocking out PASPA before the Supreme Court.”

Seven states outside Nevada launched sports betting this year in the wake of the ruling.