The high-stakes FIDE Candidates tournament, featuring an American as the clear favorite, is still on and sportsbooks are very interested. 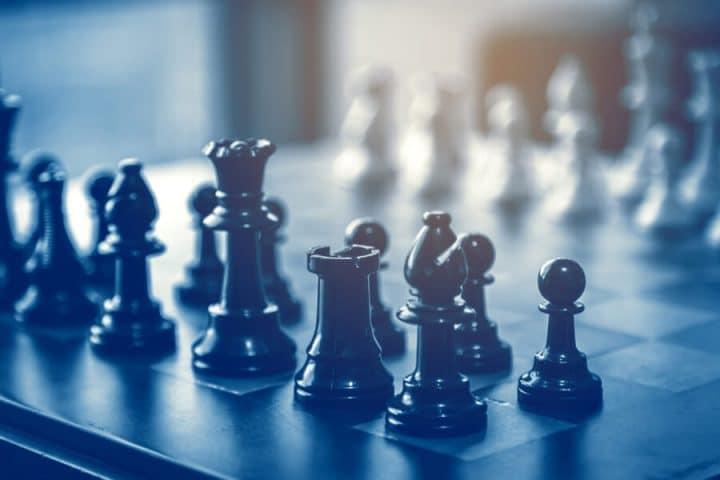 The United States is increasingly becoming paralyzed thanks to an ongoing crisis with the coronavirus, with domestic leagues and organizations canceling all sporting events, with the exception of the UFC for now.

At the moment, the FIDE Candidates chess tournament, which will decide who faces reigning world champion Magnus Carlsen in December, is still on in Russia, a powerhouse country in the world of chess and one that has so far shown no desire to cancel the second most prestigious tournament in the two-year cycle.

The decision by the Russian Sports Ministry to cancel all international events has provoked an understandable alarm among chess fans. But this decree won't impact the #FIDECandidates. The FIDE President has received assurances that the event is deemed safe and can go ahead. pic.twitter.com/aa1FLX9Ar2

The favorite to win the qualifying tournament is Fabiano Caruana, who hails from St. Louis, Missouri. Caruana, the No. 2 rated player in the world and No. 3 rated of all time, lost in tiebreakers to Carlsen in 2018 for the world title. Caruana had a sensational 2019 and looks poised to give Carlsen, one of the game’s all-time greats, a run for his money once again.

At sportsbooks in Europe, Caruana is basically even money against the eight-player field, a remarkable line against his top rivals over the 64-square board. One book has him at +110, another at +125.

Coverage of the event kicks off Tuesday, March 17 at 7 a.m. ET. It’s slated to run through April 4, but its completion could be in jeopardy thanks to the growing global health crisis. One of the participants pegged it at 50-50 as to whether or not the double round-robin tournament will finish.

Interest among U.S. books appears to be heating up

No U.S. sportsbook currently has a market for the tournament, but that could soon change. The landscape is very fluid right now for the American sports betting industry, which recently cleared $20 billion in legal handle since the well-known Supreme Court ruling in May 2018 opened the floodgates.

A spokesperson for PointsBet, an online/mobile sportsbook live in New Jersey, Indiana, and Iowa, told US Bets Monday that it’s “in the process” of getting chess approved by regulators in those states. PointsBet said it would get a 2020 FIDE Candidates market up right away if approved.

The Indiana Gaming Commission told US Bets late last year that it would look at chess if a sportsbook requested it. That has now happened. The IGC didn’t say what it would ultimately do with a request for a chess market. It is unclear whether the IGC, or any other regulator, will have the bandwidth right now to approve a new betting market, as brick-and-mortar casinos across the country continue to close.

US Bets also spoke to FanDuel on Monday about gambling on one of the world’s oldest games. When asked if FanDuel could have a market for the FIDE Candidates either before or after it kicks off, the spokesperson said “not unless a regulator approves it, which has not happened to my knowledge.” FanDuel said that it doesn’t comment on any communications with regulators, so it’s unclear if the online/mobile sports betting company has specifically requested it in the wake of the public health crisis.

Unibet, an online/mobile sportsbook live in both Pennsylvania and New Jersey, told US Bets earlier this year, after the company inked an exclusive global sponsorship deal with Carlsen, that it would also definitely be interested in the market should any U.S. regulator approve it. Unibet offers chess overseas.

It would be a good time for a state to approve it, as Twitter is peppered with comments about chess being one of the only options to wager on and regulatory approval was likely always a matter of when not if. Offshore illegal sportsbooks catering to Americans are also already taking action.