On the six-month anniversary of the Supreme Court overturning PASPA, we look back on surprises so far and predict what comes next. 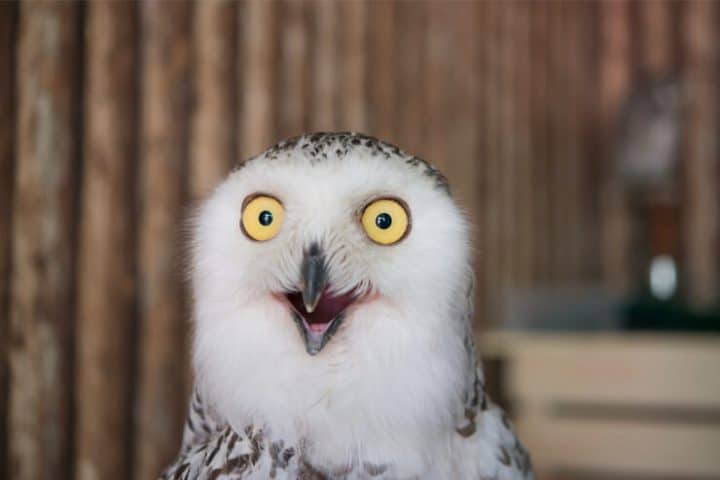 May 14, 2018, doesn’t have a clever shorthand nickname, a positive equivalent to “Black Friday.” (Though “In-The-Black Monday” kinda works.)

Nickname or not, it’s a landmark day in gambling industry history. It’s the day the Supreme Court overturned the Professional and Amateur Sports Protection Act (PASPA), allowing legalization and regulation of sports betting on a state-by-state basis.

Today, November 14, marks six months since Nevada was told to scooch over and make room for others, and those six months have been eventful, to say the least. We’ve gone from one state with regulated sports betting to six, and there are at least two more in “any day now” mode. Some of it has rolled out predictably … but much of it has not.

So here we explore the five most significant surprises in this rapidly changing industry since PASPA was declared unconstitutional.

1. The online casino/poker model was no template

When it comes to gambling legalization and regulation, modern history told us to prepare to twiddle our thumbs before we can swipe and click with them. There’s always red tape or a political divide or Sheldon Adelson’s money getting in the way of quick action.

Consider what happened when, in the post-Black-Friday world, the doors swung open for states to individually establish laws for online gambling. Delaware came aboard in 2012. New Jersey and Nevada followed in 2013. The rumor mill churned. Is New York next? How about Pennsylvania? I heard California is close, and that will be a game changer!

Pennsylvania did finally pass an online gambling bill in October 2017, but more than a year later, the state still hasn’t gone live. And neither have any other states.

So it was reasonable to expect that sports betting might move at a similar pace. Delaware and New Jersey acted quickly, both launching in June. Okay, no shockers there.

Online casino and poker moved like slugs. Sports betting is a runaway train.

2. Swift and sudden wins the race

Of all the individual states that have or haven’t introduced sports wagering, the biggest shocker, by far, was New Mexico. You could have gotten pretty darned long odds on The Land of Enchantment beating Rhode Island or Pennsylvania to the punch, but while the latter two took their time dotting “i”s and crossing “t”s, the Santa Ana Star Casino Hotel in Bernalillo, New Mexico, up and started taking bets on October 16, almost without warning.

Legislation wasn’t needed in New Mexico because of the state’s gaming compacts with Native American tribes. Sports betting falls under Class III gaming and is covered by those compacts, so after announcing a partnership with Las Vegas-based company USBookmaking, windows at Santa Ana Star opened up within mere days.

Maybe New Mexico will prove to be an outlier, but in the first six months post-PASPA, it served as a warning: You never know which state will enter the fray next.

3. Online is king in NJ … but nowhere else

As we await tomorrow’s release of October revenue reports in New Jersey, we can make one prediction with 99.9% certainty: Online and mobile sports betting will have generated more handle than live sports betting.

That was the case in September, when online handle outdistanced brick-and-mortar by a tally of $105M to $79M despite the majority of the online sportsbooks launching early-to-mid-month, and some not having their iOS apps available until even later. All logic says the gap will only widen from here.

However, if there’s a surprise in the online sports betting story so far, it’s that the New Jersey model isn’t being followed anywhere else. There’s no online sports betting in Delaware. Nor in West Virginia (yet). Nor in Mississippi. Nor in New Mexico. Rhode Island hasn’t indicated a clear timeline for online. Only Pennsylvania is following in NJ’s footsteps, with mobile books expected to be available for download just a month or two after the brick-and-mortars get running.

Online sports betting is the future, clearly. But, somewhat unexpectedly, no new state other than New Jersey has placed a priority on it.

If you’d asked most insiders on the day PASPA was overturned who would be the early leaders in the New Jersey online sports betting market, most of them probably would have rattled off the biggest casino names in the state: Caesars and MGM (and by extension, Borgata).

But those household names barely made a ripple in September. They were outdistanced by a Pennsylvania casino brand, Play Sugarhouse, which in turn was a very distant third behind the two giants of daily fantasy sports, DraftKings and FanDuel.

And they also weren’t ready to go as quickly. Perhaps online sports betting is a marathon and not a sprint, but DK being first to market has been a huge differentiator so far. Back in May, you’d have been laughed out of the room if you’d predicted that by September DraftKings Sportsbook would have about three times more sports betting revenue in New Jersey than any competitor — and more than 10 times more than any competitor not named FanDuel.

5. Pennsylvania partially priced itself out

Throughout this state-by-state online gaming age that began about six years ago, the Keystone State has consistently confounded. Things have perpetually been on the verge of happening, but for one reason or another, here we are in November 2018 with Pennsylvanians still having to drive into bordering states to play online.

And even when it’s all systems go in the next few weeks, it’s only some systems go because of the prohibitive tax rates and licensing fees.

To offer sports betting in PA, a venue needs to pay a $10 million licensing fee and be prepared to pay a 34% tax on gross gaming revenue, a 2% local share assessment tax, and a 0.25% federal excise tax on the betting handle.

As a result, only five of the state’s 12 land-based casinos have applied for licenses: Parx Casino (and the South Philly Turf Club, which has the same ownership), Penn National, Harrah’s Philadelphia, SugarHouse Casino, and Rivers Casino.

Maybe we shouldn’t consider this one a surprise; it’s Pennsylvania, after all. But the PA sports betting industry has been stunted before it even started, and that’s one of the most disappointing stories of the last six months.

After five states launched sports betting in the first six months, it’s doubtful that level of growth will be duplicated by next May 14. Pennsylvania and Rhode Island are sure shots, but nothing else is guaranteed.

Arkansas has indicated it will begin accepting sportsbook applications no later than June 1, which makes an actual launch by May unlikely. There are partial laws in place in New York and Connecticut, but neither state is in a big rush to get things finalized. Bills have been filed for 2019 in Kentucky and Ohio.

It’s possible, perhaps even likely, that some tribal casino somewhere will follow Santa Ana Star’s lead and push an unexpected state across the finish line early next year. But even accounting for a surprise of that ilk, double digits in the number of states adding sports betting in the first year post-PASPA feels overly optimistic.

What might be more realistic is the beginnings of an online sports betting explosion. The New Jersey numbers have to be seen as encouraging. Pennsylvania could be surpassing those numbers by the spring. It’s a much smaller market, but West Virginia is likely to have online books sometime in 2019. And DraftKings now has a presence in Mississippi.

Placing in-game bets from your couch while flipping between games is the future. By May 14, 2019, we suspect several more states will have figured that out.