Despite the popular opinion that Tuesday's passage of a gambling amendment in Florida hurts sports betting, a legal expert says otherwise. 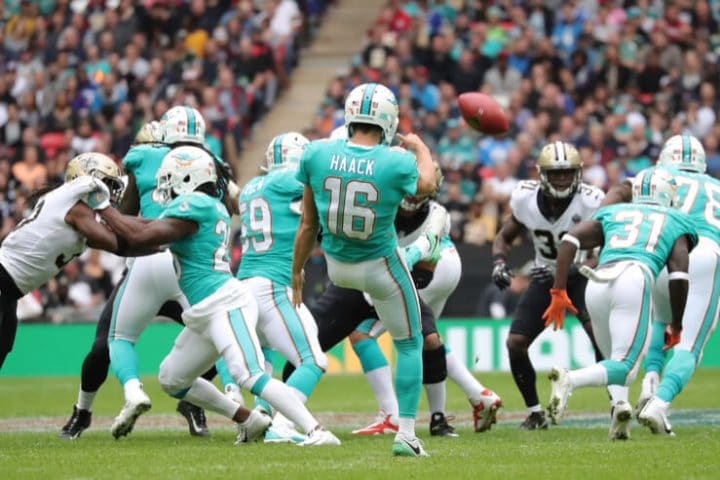 Florida voters on Tuesday overwhelmingly backed a ballot question that turns over much greater decision-making power regarding gambling expansion from legislators to them, representing a setback for supporters of sports betting in the Sunshine State.

At least, that’s the narrative. But is it accurate? Probably not.

So does that mean Florida will, in fact, be in the next wave or two of U.S. sports betting legalization? Not necessarily.

When I read the Florida ballot question earlier this week, I was struck by the fact that the term “sports betting” — or anything similar — was nowhere to be found. So how could voters be choosing to rein in sports betting efforts if the amendment doesn’t actually say so?

I am not a lawyer. But Daniel Wallach is. The Fort Lauderdale-based attorney, who was at the forefront of New Jersey’s sports betting saga almost from its inception in 2011, gave credence to my wondering in a Twitter-storm Wednesday night that started like this:

Upon further review, you can still legalize sports betting notwithstanding the passage of Amendment 3.

The language of the ballot question

Take a close look at what Floridians were voting on:

In the fine print, it continues: “As used in this section, ‘casino gambling’ means any of the types of games typically found in casinos … This includes, but is not limited to, any house banking game, including but not limited to card games such as baccarat, chemin de fer, blackjack (21), and pai gow (if played as house banking games); any player-banked game that simulates a house banking game, such as California black jack; casino games such as roulette, craps, and keno … ‘casino gambling’ does not include pari-mutuel wagering on horse racing, dog racing, or jai alai.”

So now Florida voters have shifted some authority from the legislators to those voters. And what do the voters now control? “Casino gambling” initiatives.

Is sports betting typically found in casinos? Certainly not in the U.S., where only Nevada offered it until this year — and where the vast majority of states with casinos still do not yet have sports betting on the menu.

Sports betting nowhere to be found

This is where Wallach comes in. He noted in one of his tweets: “Under binding Florida Supreme Court precedent, a ballot question such as Amendment 3 must give the voter ‘fair notice’ of what he or she is voting on. The words ‘sports betting’ do not appear anywhere in Amendment 3.”

In fact, in the ballotpedia link, of the numerous arguments made for and against, nowhere does “sports betting” come up there, either.

Yet there was extensive coverage of the fact that the Miami Dolphins and Tampa Bay Buccaneers spent a combined $1 million lobbying against passage of this change in the state law. Why? It’s not exactly clear.

Before the vote, Wallach himself even wrote an op-ed advocating for a “no” vote on the grounds that it could hurt the sports betting cause. But he told US Bets on Thursday that he did so because, in spite of his strong belief, there’s never a guarantee of how a court will rule. (On this week’s Gamble On podcast, my colleague Eric Raskin noted how much confusion emanated from the passage of UIGEA in 2006.)

Then there is the fact that opponents of a sports betting bill might go to court to try to stop it on the grounds of this amendment. Even if it is a losing argument, as I strongly suspect, it could still stall the process for months or even years.

The case against sports betting being covered under Amendment 3 is strengthened by Wallach’s point that the ballot question was written in 2015 — several years before New Jersey’s quixotic legal battle was won at the U.S. Supreme Court six months ago, finally opening the door for states beyond Nevada to consider sports betting.

And the wording of the ballot question probably played a big role in helping it to pass with more than 70% approval.

“The ballot question was written in such a way that it offers voters more control,” Wallach told US Bets on Thursday. “Well, who doesn’t want more control?”

While the amendment doesn’t really seem to prevent a sports betting law being passed without voter approval, the overwhelming approval of more voter control of gambling issues in general — including whether any new casinos get built — could make it harder for sponsors of an eventual sports betting bill. The legal argument for why such a bill would still be permitted is strong, but most voters are not lawyers.

The Seminole Tribe — which spent $24 million in lobbying to get this amendment approved — has succeeded in terms of limiting future gambling competition overall. And the Seminoles need only amend their compact with lawmakers to offer sports betting at their seven casinos in the state. A 2010 agreement with the state that gave the Seminoles the exclusive right in Florida to offer games such as blackjack was extended earlier this year, so it has happened before.

But this is a state where much lobbying has been undertaken in efforts to legalize commercial casinos, and where racetrack operators have their own lobbyists, seeking to add as much new gambling as possible. Those efforts haven’t achieved much. In other words, the state didn’t need a ballot question to make changes in state gambling laws difficult.

Florida has not been in anyone’s top 10 of states expected to approve sports betting anytime soon, and Tuesday’s vote didn’t help matters. But next week — just like last week, and the week before that — it appears that it will be state politics, not a ballot question vote, that leaves Florida waiting in line.