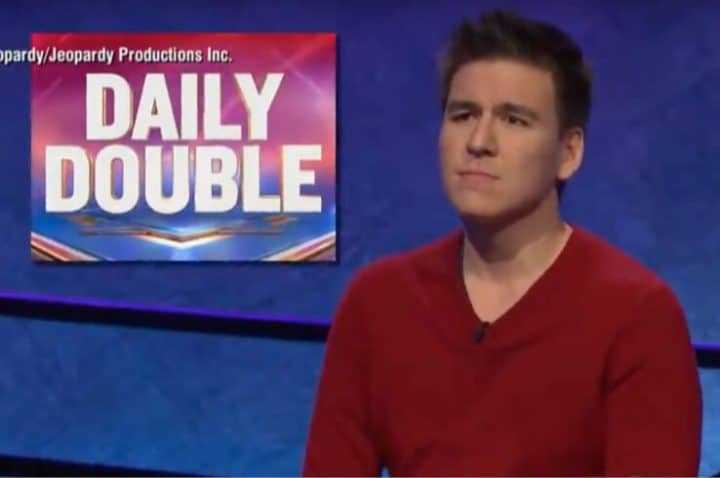 In a game full of them, none of the Jeopardy! contestants had a clue — not about there being a new dominant champion, that is.

Episodes are recorded several weeks in advance, after all. Everyone following the news these days knows about the man who is dominating opponents and shattering records. That wasn’t the case for the contestants who arrived earlier this year at the Jeopardy! studio in Culver City, California. They had no inkling of James Holzhauer until they were there.

With every taping day that has passed since Holzhauer’s debut, each subsequent group found out a little earlier in the day that he could be the next Ken Jennings, or perhaps even better.

I’ve been following Holzhauer’s run with great interest, both as a longtime fan of Jeopardy! and as a former champion who won one game in 2014. After speaking with several contestants who faced Holzhauer, interviewing other past champions, and reviewing the ins and outs of each of his games, a fuller picture comes together of what it’s like to face Holzhauer — and the many attributes that make him so great.

The first batch of contestants Holzhauer faced didn’t have that luxury. They essentially learned what Holzhauer, a professional sports bettor from Las Vegas, was capable of while playing against him.

Others awaiting their games watched in awe from the audience.

“Someone mentioned that he was a two-day champion and that he’d won something like $80,000 at that point in time,” said W. Lewis Black, who watched Holzhauer add three more wins and set a new single-game record, then lost in Holzhauer’s sixth outing. “It started to sink in that he was something special. We’d look at each other with a ‘What have we gotten ourselves into?’ expression.”

More recently, Holzhauer’s increasingly astonishing accomplishments have been revealed in the green room. On one late-February morning, producer Maggie Speak broke the ice, but not necessarily the tension, when she asked the man on the chair behind the other contestants how much he had won. His response: 17 games and nearly $1.3 million.

They thought he was joking. He wasn’t.

As of the next episode after that, which aired on April 29, Holzhauer has the fourth-longest winning streak in the history of the show and the second-highest prize total in regular-season competition. Through 18 games, he’s won $1,329,604, more than half of the $2.52 million Jennings accumulated over the span of 74.

“He’s special,” said Black. “He’s certainly among the greatest players in the history of the show, if not arguably the greatest.”

Some opponents find themselves resigned to doing the best they can with the hand they’ve been dealt. Others remain just as motivated to try to win. Some of these otherwise highly capable contestants have briefly given Holzhauer a run for his money — but in the end, it is still his money.

It’s rough enough for new players when they arrive, often a mix of excitement and nerves, using a brief rehearsal to try to figure out the timing for the signaling device, or buzzer. I struggled with the buzzer early in my rehearsal, then found a rhythm and did OK in my first game. The signaling device proved to be part of my undoing in my second game. I often tried to buzz in too soon, which meant I was temporarily locked out of being able to answer. In a game in which many of us know the answers, buzzing in a moment too soon or a moment too late can be pivotal.

Holzhauer quickly mastered the buzzer. He clearly has the champion’s advantage of being comfortable on stage. But there’s far more to him that makes him even more imposing.

Many contestants prefer to play one category at a time, starting at the top with the easier, lower-value clues, and working their way to the bottom. It’s easier to follow and is encouraged, though not mandated, by the contestant coordinators. Holzhauer likes to bounce around, beginning with the high-value clues.

Absolutely everyone who makes it on Jeopardy! is smart; Holzhauer’s breadth of knowledge is notably top-tier. The big difference between him and them, however, is that he’s incredibly fast with the buzzer and can ring in first more often than not.

“Half the time it just felt like the buzzer wasn’t working right for me,” Shelburne said. “His instincts, his coordination are insane.”

He quickly builds up a big bankroll and searches for where Daily Doubles will most likely be located. By keeping control of the board, Holzhauer tends to be the one to find them — landing on 42 of 54 through his first 18 games. This seasoned gambler analyzes the potential risk and reward and will bet huge, far more than nearly all Jeopardy! players would be comfortable with, and has capitalized by nailing the correct answer on 38 of those 42. That leaves too little money left for the other contestants, already stunned at their situation, to catch up.

“He knows everything,” said Lorelle Anderson, who played in Holzhauer’s 10th game. “And he just doesn’t stop. He plays without mercy.”

There are 60 questions combined in the Jeopardy and Double Jeopardy rounds. Holzhauer averages nearly 35 correct answers and about one incorrect answer per game. In some games, he’s surpassed 40 correct answers, leaving his opponents no option but to play for second place.

Between those answer statistics and his penchant for betting big, Holzhauer has been able to demolish Roger Craig’s record for most money won in a single regular-season game. Craig’s $77,000 stood since 2010; Jennings won $75,000 in 2004. Holzhauer has surpassed Craig a remarkable seven times since. He won $110,914 in his fourth game and $131,127 in his 10th. Through his first 18 victories, Holzhauer’s average winnings per game stands at $73,867.

Jeopardy! has had other dominant champions. Holzhauer seems different from the rest.

But that doesn’t mean he’ll reign into perpetuity.

“The idea he’s unbeatable is wrong,” said Buzzy Cohen, who won nine games in 2016 and then prevailed in the Tournament of Champions in 2017. “Everybody is beatable.”

Years ago, the game show retired its champions from regular-season play after five victories. The new rule began in 2003: You play until you lose. That opened up the door for Jennings’ record streak. Jennings was similarly dominant, with lock games — where he was so far ahead that no one could catch him in the Final Jeopardy round  — in 64 of his 74 wins, including 28 in a row.

Only two Holzhauer games — his second and the game that aired this Monday — weren’t a lock going into Final Jeopardy. He rattled off 15 straight in between, three consecutive weeks of shows. That’s three long sessions, including one set of back-to-back taping days, when Holzhauer’s already formidable skill set was bolstered by another necessary attribute: endurance.

“Anyone who goes on a long-ish run will tell you that fatigue starts to set in,” Cohen said.

Fatigue is what helped do in Arthur Chu, the 11-time champion told fivethirtyeight in 2015. “You could definitely tell I was making dumb mistakes,” he said at the time.

What will it take to dethrone Jeopardy James?

Holzhauer’s eventual defeat may be due to similar circumstances to what tripped up Chu. It could also come against someone with a similarly impressive set of skills, who is also incredibly intelligent and quick. But surprisingly little needs to go wrong for Holzhauer to be in a position to lose — as we saw on Monday, when opponent Adam Levin bet big on a Daily Double in the Double Jeopardy round to make the game close, and Holzhauer prevailed by a mere $18.

Holzhauer could miss on one of those huge Daily Double bets and open the door. That’s what ultimately happened to Jennings. His two missed Daily Doubles kept the game close, and his wrong answer on Final Jeopardy opened the door for Nancy Zerg to shock the world. Zerg lost her next game, making her simultaneously a giant killer and a historical footnote.

Holzhauer’s gone 17 of 18 in Final Jeopardy. In that one game in which he answered incorrectly, which came against Black and Stephanie Stein, the difference may have been the third and last Daily Double of the game. James landed it and profited. If Black had instead controlled the board, picked the Daily Double, and gotten it right, then the game would’ve been in reach. Black was the lone player that day to get Final Jeopardy correct. Holzhauer’s run could’ve come to an end.

It hasn’t yet, and for good reason. He rarely makes mistakes, and he makes up for them when he does. A wrong Daily Double answer on April 15 dropped Holzhauer from $8,400 to zero. He was soon back in command.

The April 26 game, meanwhile, was the first time Holzhauer didn’t get the chance to answer a single Daily Double. But his opponents couldn’t take advantage of it. Holzhauer still got 35 questions correct, while they had 10 and 6. He once again went into Final Jeopardy with a lock game, at $29,600 to their $4,600 and $1,600.

All good things must end … right?

“I feel for the opponents who are up against him,” Cohen said. “I can see how watching him just go through folks is demoralizing. But if you think he’s unbeatable, you may as well go home. The circumstances are certainly possible. You need someone as fast as him but who also seizes the opportunity. It’s going to take somebody who can stay in the game and realize that when he makes that mistake, he’s not going to let up on the gas. You need to go after him.”

It’s also possible that Holzhauer has wrapped up the season as the champ. He could be spending his time reveling in publicity, adding even more knowledge to his brain, and awaiting his return. By then, every group of contestants will know who James Holzhauer is, how he plays, and how they think he can be defeated.

They’ll have a clue — and then they’ll need to get a lot more of them in order to win.

David Greisman is a freelance writer and one-day Jeopardy! champion from Washington, D.C.