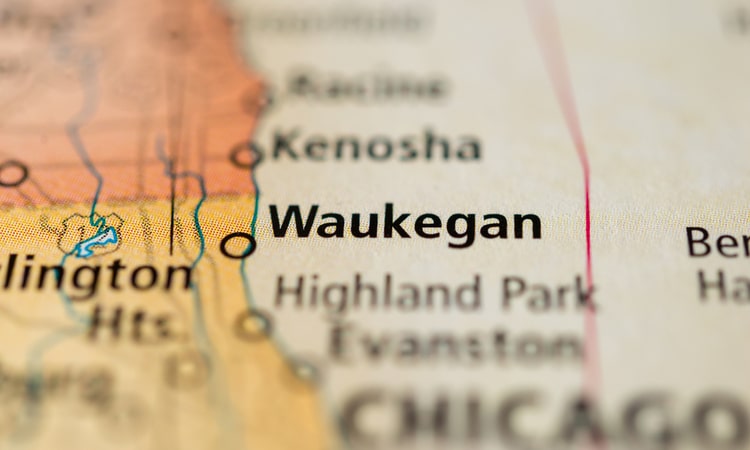 Full House, which has taken its first steps towards constructing a temporary casino in Waukegan in the northeast portion of the state after being found “preliminary suitable” by the state’s gaming board in December, named John Ferucci senior vice president and chief operating officer to oversee The Temporary at American Place.

DraftKings at Casino Queen, which is on the western side of the state near the Missouri border and draws from the St. Louis metropolitan area, tabbed Marc VanderWeele as its new general manager who will oversee the day-to-day operations of the casino.

Ferucci to oversee buildup with hopes of summer opening

Ferucci will do double duty of sorts while also continuing his role as general manager of Silver Slipper Casino in Mississippi and overseeing operations at other Full House venues. Ferucci was on the development team of Silver Slipper for its construction in 2004 and the addition of a 130-room hotel in 2015.

Full House’s plans in Waukegan call for American Place to have a 20-guest room mansion in addition to a casino with more than 1,600 slot machines, 100 table games, and a retail sportsbook along with fine dining options.

“I am pleased to promote John Ferrucci to our new role of chief operating officer,” said Daniel R. Lee, president and CEO of Full House Resorts, in a statement. “Under his leadership, the Silver Slipper has reached new levels of profitability. He has helped develop talent throughout our company, including acting as a mentor for the general managers of Bronco Billy’s and Rising Star. His hands-on management style, as well as his experience in opening four casinos, will serve us well as we prepare for new levels of growth, beginning with our planned opening of The Temporary this summer.”

The gaming company completed a successful funding of The Temporary earlier this month, raising $100 million through its offering of 8.25% Senior Secured Notes that are due in 2028. Additionally, Full House amended its revolving credit agreement to increase borrowing capability from $15 million to $40 million, with the rate on any borrowing to be less than 4%.

Full House recently entered into an agreement to purchase 10 acres of property adjoining the 30 acres it will lease from Waukegan for the permanent casino, with plans to build a parking lot with access to major roads in the city. Waukegan is located approximately 40 miles north of Chicago and approximately 20 miles south of the Wisconsin state line. For the temporary casino, Full House will purchase a Sprung tent structure that has an area of more than one football field and will feature approximately 1,000 slots and 50 table games along with three dining options and a bar.

The structure is expected to arrive in Waukegan between late March and late April. Full House, which will be conducting a career fair for positions at The Temporary on March 15, is targeting a late summer opening pending approvals from the Illinois Gaming Board.

VanderWeele is a longtime employee of DraftKings at Casino Queen, having arrived in East St. Louis from Las Vegas for its opening in 1993. He has served in multiple leadership positions at Casino Queen — most notably pit boss and director of table games.

VanderWeele is overseeing the $10 million expansion of DraftKings’ retail sportsbook that began last June. The 30,000-square-foot expansion will include lounge-style seating and multiple high-definition televisions available for viewing as well as expanded dining options.

“Marc has been a trusted member of DraftKings at Casino Queen since the day it opened, and is an ideal fit for general manager,” said Terry Downey, president and CEO of CQ Holding Company Inc. “He brings in-depth knowledge specific to the community and local industry that can only be accumulated over time. We’re confident that he will continue to propel DraftKings at Casino Queen forward with his strategic vision for guest service and property operations.”

DraftKings at Casino Queen generated more than $70 million in adjusted gross casino gaming revenue in 2021, ranking sixth among the state’s 10 venues. Its $5.5 million in retail sports wagering revenue ranked second to only Rivers Casino in Des Plaines on the other side of the state.

Casino Queen averaged $105.63 per admission in 2021, drawing close to 670,000 patrons, and had roughly an 80-20 split of slot revenue to table games revenue. It generated close to $5.7 million in casino gaming revenue in January with closer to a 75-25 split in revenue categories.