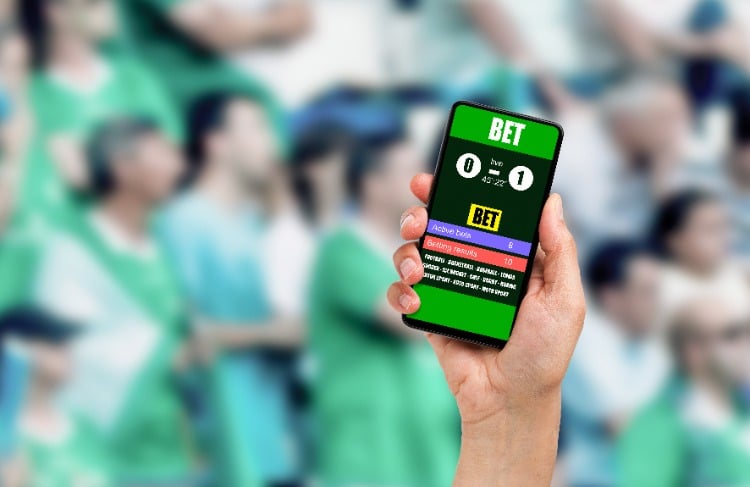 After a year during which only two states, Virginia and Washington, have so far legalized sports wagering, expect 2021 to be the year of the “big state.” Not the biggest — California has a tribal sports betting referendum in process for the 2022 ballot — but key moves toward legalization could be on the horizon in New York and Texas, according to panelists on Tuesday’s 2020 Global Gaming Expo “Online Gaming: Is Your State Next?” panel.

The panel — and the entire conference — are being held virtually. Panelists were Howard Glaser, global head of government affairs and special initiatives for Scientific Games; Chris Grove, a partner at Eilers & Krejcik Gaming LLC; and Greg Carlin, CEO of Rush Street Gaming and Rush Street Interactive. Sue Schneider, the vice president for growth & strategy, Americas, for Sports Betting Community (SBC), was the moderator.

All three panelists agreed that the only state legislature that could realistically legalize before the end of 2020 is Ohio. Voters in Louisiana, Maryland, Nebraska, and South Dakota could potentially legalize sports betting via referendum next week.

Next step is iGaming

Projecting what could happen next in the legislative sports betting and iGaming landscape was the key theme of the panel, and panelists were quick to say that sports betting may well have paved the way for iGaming. To date, only Pennsylvania and Michigan legalized both together. Pennsylvania has offered iGaming and digital sports betting since mid-2019, with Michigan set to launch late this year or early next. In addition, revenue numbers from states like New Jersey are laying the groundwork for other states by showing that online gaming helps grow brick-and-mortar businesses, rather than the opposite.

While sports betting is moving ahead, online casino is where the money is.

Indiana is another state to keep a look at.

All state revenue channels are down, now is the time to talk about iGaming. #G2E2020

Schneider pointed to concerns that have developed around iGaming, ranging from the “cannibalization” of brick-and-mortar casinos and sportsbooks to the potential proliferation of problem-gaming issues. Panelists agreed both are real concerns among certain stakeholders, including tribal operators, but ones that can be managed.

“States that have to authorize [gaming] care about two things — cannibalization is one,” said Glaser. “When I talk to state legislators, they are concerned about revenue flow, customer flow. … We don’t have to debate that, we have to show them New Jersey and Pennsylvania, where it’s grown.

“The other thing is problem gaming, but the argument there is that you have more controls, more safety [online]. You have even more controls than land-based.”

iGaming demographic younger than in casinos

In addition, Glaser said, demographic trends with relation to iGaming are that players tend to be younger — 45 vs. 55 for in-person gaming — and there are an equal number of women and men playing. That information should be viewed as positive by regulators, because it means more players for a longer period of time. In many states, lotteries are concerned about having an aging demographic.

Tribal operators have been particularly concerned that digital platforms would start a shift that would keep patrons from entering their brick-and-mortar venues, which they view as the lifeblood of their reservations. In many states, Grove said, lawmakers are dealing with competing concerns and interests.

“There are three different sets of stakeholders with three different perspectives,” Grove said. “From the tribal perspective, there are questions about [the Indian Gaming Regulatory Act] and how that will play out. From the lottery, there is the sense that online provides an opportunity to de-risk the demographic, and retail operators are increasingly looking at these opportunities through public markets. … Each has different concerns and sees different opportunities.”

While the panelists reiterated over and over again that each state is different, there was also some discussion about whether some sort of federal framework is the answer. The Supreme Court in May 2018 overturned the Professional and Amateur Sports Protection Act, essentially making sports betting a states’ rights issue. The net result has been different application processes, regulations, and personnel to deal with in every jurisdiction. And while that might seem inefficient, operators would also be wise to “be careful what they wish for.”

“It’s caused some genuine practical problems. … We would like to have some consistency on that,” Glaser said. “It’s not going to happen during this political silly season, but hopefully in the future.”

New York State Senator Joseph Addabado Jr. says if @NYGovCuomo is willing to sign off, the state could have online sports betting live “by the Super Bowl or March Madness.” https://t.co/FYWhPHYlYY

Some states use a “universal application,” which can be useful when vetting operators who are active in multiple states. But each state usually still requires additional information or has unique guidelines. Regulations differ everywhere, however, from the tax rate to the use (or not) of official league data to whether or not patrons can bet on colleges. But federal regulation may not be the answer.

“Federal oversight, I think no one in the industry wants that,” Grove said. “So we should be careful what we wish for. Going in for a federal bill, you never know what the output will be. The industry would be well suited until it is a bit more entrenched, has a bit more leverage … before we go for federal adventures.”

Since PASPA was overturned, 22 U.S. jurisdictions (20 states plus the District of Columbia and Puerto Rico) have legalized sports betting. Montana and D.C. went live earlier this year and Tennessee is planning to have operators up and running by Nov. 1. That leaves three legal states — Michigan, Virginia, and Washington — in the wings. Michigan and Virginia should easily be live by the Super Bowl, while Washington, the only state to approve sweeping tribal-only sports betting, hasn’t started the regulatory process yet. Washington’s new law does not allow for digital gaming.

Nearly every jurisdiction that has gone live has seen new revenue pouring into state coffers. And especially in the face of the pandemic and related restrictions, states will continue to look for new revenue streams. Indiana state Sen. Jon Ford said during a webinar earlier this year that he’ll introduce legislation in his state to legalize iGaming. Tuesday’s panelists think other lawmakers should follow the leader.

“This is going to be the year ahead of us when iGaming becomes a central discussion for state gaming policy,” Glaser said. “I think we have an opportunity ahead of us as an industry if we speak as one voice, that both bricks-and-mortar and digital can coexist and grow. I’ve found that the best way to convince states is to show them” the money.

Said Carlin: “People will be watching Michigan, and more states that have legalized sports betting will start with iGaming. I think state legislators are more comfortable with sports betting, so the iGaming would [now] make more sense. ”