Gamban's software allows gambling addicts to cut themselves off online 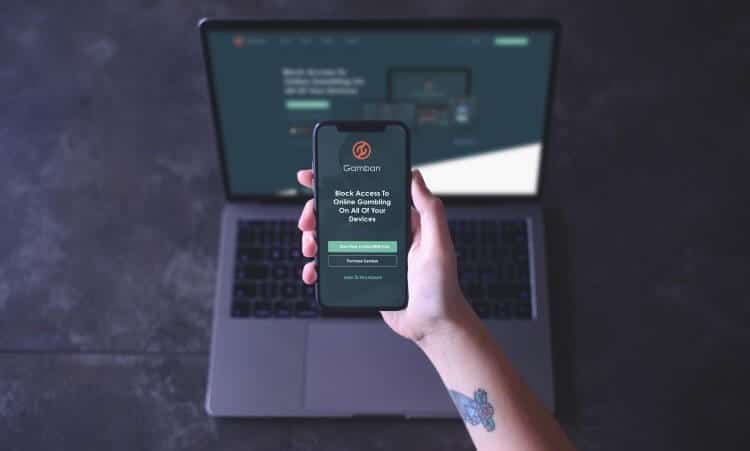 A British-based company able to block online gambling by those with addictions who voluntarily subscribe to its service has about 85,000 customers worldwide — the majority of them in the United Kingdom.

But through new agreements with U.S. gaming operators and state agencies, Gamban is hoping to have its blocking devices installed on the phones and computers of many more thousands who can’t control their gambling. Gamban says it is constantly updating a list of websites and apps — now numbering 52,000 — that its software prevents customers from accessing.

The company announced separate agreements in March with FanDuel Group and Unibet, by which those gambling providers soon plan to offer U.S. customers the option of obtaining Gamban blocking, with the operators covering the cost.

In June, Gamban added the Problem Gambling Help Network of West Virginia to a list of state government and private organizations that subsidize the cost of the blocking devices as part of their treatment programs. Compulsive gamblers in California, New Jersey, Illinois, Minnesota, and North Carolina have similar access.

The new efforts are part of the 6-year-old company’s strategy of building its exposure in the U.S., similar to what it already has in the U.K. through the national government’s treatment and self-exclusion programs for problem gamblers there.

Fewer than 10% of Gamban users currently are U.S. residents, said Matt Zarb-Cousin, the company’s director of external affairs, “which is kind of what you would expect given the maturity of the market. [With more states legalizing], it will unfortunately be a when — not an if — that online gambling starts to be associated with more problems. Then we’ll be positioned to help people.”

Hoping to catch addicts at their most rational

Zarb-Cousin and Jack Symons, Gamban’s other co-founder, are both recovered compulsive gamblers who understand the mindset of those with the problem and how online gaming opportunities — both legal and illegal — have exploded in recent years.

When they began discussions in 2015, Zarb-Cousin said, there were already firms offering blocking devices, but he said they had flaws. In some cases, their software slowed or interfered with the rest of a user’s computer operations, similar to malware. Some had blocking software too easy for a user to remove, negating the original intent and purpose, or failed to properly recognize which entities were offering iGaming. Those earlier devices also weren’t compatible with Macs, he said.

Now, in addition to accessing help through agencies or operators, anyone can sign up at Gamban.com for a subscription costing $3.49 monthly, or $34.99 for a year, to block recognized gambling providers of all kinds. The user installs it on all of their devices to last for the designated period, and Zarb-Cousin said customers are denied the ability to remove it prematurely themselves.

The key, he said, is making problem gamblers aware of the new technology at the time they first recognize they need help controlling their habit — whether by making use of a legal operator’s online “timeout” tool, or signing up for a state’s self-exclusion program, or beginning treatment with a therapist.

“That’s the moment they’re willing to take positive action,” said Zarb-Cousin, “the point where they want something to reassert control and be more likely to be successful in their recovery.”

He said Gamban’s staff and software are constantly finding new domains to block — at the rate of about 250 to 500 per month now — after starting out with 16,000 when the company began.

An additional layer of protection

On each licensed operator’s online sportsbook or iCasino site, state regulators expect the company to offer various responsible gambling tools. So a customer recognizing they have gone overboard can opt to block themselves from playing for a certain period of time — a timeout or cooling-off period — but that will only apply to the particular site.

A gambler can place themselves on a state’s online self-exclusion list, but that will only prevent them from playing with licensed operators within that state. And after placing themselves on such a list, anyone with a change of heart or loss of control can cross into another state with legalized online gaming where they have not cut off their access.

The Gamban technology is intended to address such limitations.

When announcing FanDuel’s willingness to pay for those customers who say they need Gamban’s device, the gambling operator’s chief risk and compliance officer, Carolyn Renzin, explained, “We already offer a suite of tools to help customers enjoy sports betting responsibly. Offering Gamban’s software to those customers signaling they need help adds another layer of protection for our customers, our program, and to the industry.”

Zarb-Cousin said companies like FanDuel have an interest in offering Gamban to customers who intend to self-exclude with them, as it then prevents those individuals from switching to another operator to lose additional funds. Competitively, FanDuel would thus have nothing to lose other than the Gamban subscription fee.

In the case of both FanDuel and Unibet, they are part of broader, European-based companies — Flutter and Kindred, respectively — that are already accustomed to offering Gamban to customers internationally. Securing additional partnerships with U.S.-based companies newer to online gaming has been a slower process, Zarb-Cousin said, although he expects it to occur.

“At the moment, the U.S. market is in almost a gold rush phase with a lot of promises made to investors and everyone trying to jostle for market share, and [responsible gambling] has become somewhat of a secondary concern,” but Zarb-Cousin said companies in the U.S. will come to understand that U.K. operators have faced backlash over problem gambling issues and will adjust accordingly.

“I think we’ll get there, as we have done in the U.K., where using blocking software is normalized as part of the gambling recovery process,” he said.