And Now, 30 Gambling-Related Wordle Words To Help You Reign Victorious

This list of five-letter words will certainly be of zero help, but at least we make fun of Craig 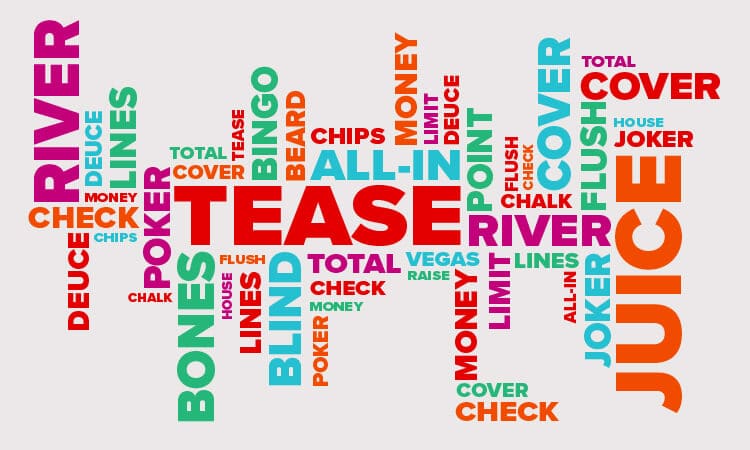 There is about zero chance you’ve avoided the Wordle craze that has been sweeping the nation over the last few weeks. Either you’re a devotee to the game, or you’ve gone and muted the word “wordle” on Twitter.

The game, of course, is deceptively difficult: You have six tries to guess a five-letter word. No clues, but if you get a letter correct, you’re alerted because it changes color from gray to yellow. Get a letter correct in the right spot, it turns green. Simple … yet maddening, as there are, according to wordfinderx.com, over 158,000 five-letter words in the English language.

So in an effort to help all you Wordle freaks out, here’s a handy-dandy 30-word list of five-letter gambling terms to use along the way. Even better: They’re presented alphabetically for your pleasure.

ALL-IN: What you say entirely too early 90% of the time at a poker tournament.

BEARD: Who you hire to place your bets after DraftKings, FanDuel, PointsBet, Caesars, BetMGM, Barstool, and every other book limits you to $10 on Super Bowl sides.

BINGO: 1) A game for retirees and/or gambling addicts; 2) what every single person reading this will be doing three hours a day at Del Boca Vista in 20 years.

BLIND: 1) A forced bet at the poker table; 2) fans of the New York Giants betting on their team to win anything, ever, during the Joe Judge era.

Joe Judge, who called a QB sneak on 3rd and 9 from his own 4 yard line, has been fired as Giants head coach. pic.twitter.com/7lT2J9AYPU

BONES: 1) Slang for dice; 2) also what will be used to make Logan Roy’s bread.

COVER: When a team beats the point spread.

CHECK: 1) Not making a wager when the bet comes to you at the poker table; 2) what you will be writing if you keep doing No. 1.

CHIPS: 1) A substitute for money while playing poker or other casino games; 2) an underrated 1970s buddy cop show that has nothing to do with gambling but we’re putting here solely to link to the badass theme song and intro.

DEUCE: Slang for number two in a deck of cards.

FLUSH: What you think will win the pot until someone flips over the nut full house.

HOUSE: 1) What the casino is called, as “casa,” the root word for casino, means house in Italian; 2) what you will eventually lose to the house.

JOKER: One of two cards in a deck meant to replace lost cards, but usually just gets left in the deck during the first game of the night at home poker games and causes cries of “Misdeal!” when you’re sitting with 3-3-9 in seven-card baseball.

JUICE: 1) The cut the sportsbook charges to make sure they always have an advantage; 2) nickname for O.J. Simpson, who, if we’re being honest, we’d bet on in a golf match if we think we had the edge. We are terrible people.

LIMIT: When a sportsbook cuts the amount you’re allowed to bet in case they think you have the advantage.

LINES: What everyone thinks they can beat all the time.

MONEY: What that attitude toward “lines” will eventually cost you.

POKER: What married, middle-aged men cling to on Wednesday nights like a life preserver.

QUADS: What married, middle-aged men hope for on Wednesday nights.

RAISE: What that jackass Craig does with literally every hand he gets dealt on Wednesday nights. Seriously Craig, this is supposed to be for fun. Settle down.

RIVER: What your wife will send you down should you lose all your money to that bastard Craig.

america has done a lot of bad shit but i think above all, their worst crime is insisting that the name craig is pronounced ‘creg’. wtf

SIDES: Slang for picking against the spread, moneyline, or over/under bets.

STEAM: What every DFS analyst started saying this year for some reason.

TEASE: When you take two or more NFL games and move the line 6 points in either direction because you think you’re so smart.

TOTAL: The amount of points bookmakers think will be scored in a game.

TRIPS: Three of a kind in poker.

UNDER: Just about the least fun way to bet anything.

VALUE: What we’re all after.