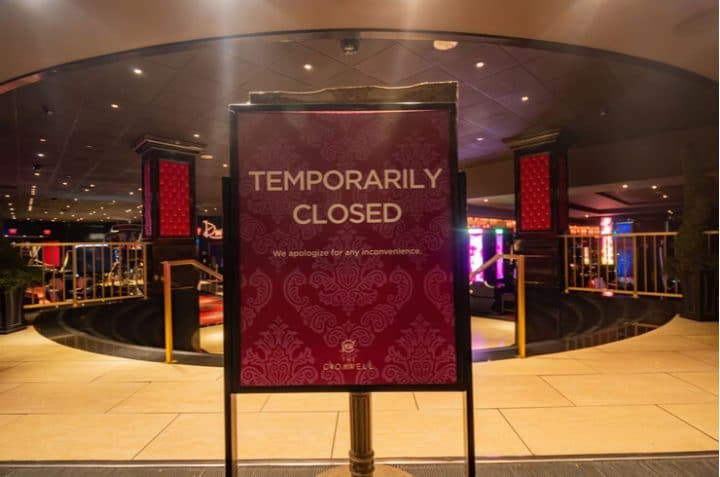 Casinos are reopening day by day across the country with severe restrictions on their gaming floors, inability to offer regular amenities, and unprecedented cleaning costs.

And yet, it seems well worth it to them to be operating again, even if it will be difficult to return anytime soon to pre-COVID-19 profit levels.

By spending less on labor and marketing and adopting other new efficiencies, casino operators are expected to weather their current struggles and avoid the bankruptcies and shutdowns facing a significant share of the entertainment, tourism, and restaurant industries.

That’s the consensus of gaming analysts who monitor the major companies’ finances, listen to their executives, and assess whether it’s right to invest in the industry’s future.

And it’s a model that should survive the health and safety concerns of the coronavirus pandemic even if casinos will find it hard for some time to thrive as they did before March.

“On all of the earnings conference calls with companies, they’ve essentially said that to reach break-even levels where the property is not losing money, you generally need to get back to 35% [of former revenue],” Beynon said, noting early indications from casinos that have reopened suggest such a figure is realistic.

The American Gaming Association reported that 225 of the country’s 989 commercial and tribal casinos had reopened as of Friday morning. Significantly more will do so next week, most notably in Nevada, where properties are allowed to resume operations June 4.

Not every casino will reopen initially, especially in Las Vegas, due to the abundance of properties there heavily dependent on convention business and fly-in customers from around the U.S. and the rest of the globe. COVID-19 concerns will disrupt that kind of business for the foreseeable future.

But for regional casinos people are accustomed to driving to, it’s a different story. There were lines of gamblers outside casinos waiting for the doors to open in Louisiana May 18 and Mississippi May 21, even if they were encouraged to wear masks, couldn’t sit next to a spouse or friend at a slot machine, and had to forgo the usual buffet option.

At one Mississippi property, the Silver Slipper Casino & Hotel in Bay St. Louis, owner Full House Resorts reported revenue for a five-day span covering Memorial Day weekend actually increased 12.3% over the same period a year ago. That was with the state limiting the casino to 50% of normal maximum occupancy. Social distancing requirements meant 392 slot machines were in operation instead of the usual 855 and blackjack and roulette tables could have no more than three players.

“What we’re seeing is a lot of volume on the first day back [at various casinos] is more than in the pre-COVID period, just because there’s a lot of pent-up demand,” said Barry Jonas, senior gaming analyst for SunTrust Robinson Humphrey. “It remains to be seen if it scales back, but for now they’re operating at pretty healthy levels even with a reduced amount of people and gaming supply.”

Things that are missing aren’t essential

Joe Stauff, a Susquehanna Financial Group analyst, said it’s not hard to see why casinos would be happy to reopen even if the number of slot machines or table game seats might be half of what they were, with food and beverage options also cut back and no live entertainment available.

“When they’re closed, they’re burning cash based on fixed expenses and having no revenue coming in,” he said. “There is a finite amount of time they can stay alive like that. It’s like any local business — a barber shop or you name it — they’re still paying rent or paying interest on the mortgage or interest on corporate debt. They have fixed costs they have to pay regardless of being open.”

Some of the casino aspects shut down indefinitely — whether buffets, nightclubs, live shows, or even poker rooms — are not big moneymakers for them like slot machines. That’s particularly the case in regional casinos compared to Las Vegas. And even if half the slot machines are disabled or blocked off, most casinos are over-supplied with them and it shouldn’t be hard for customers to find one they like to use.

“Their supply offering is probably going to be more than enough initially in terms of gaming machines, and they’re going to be operating more profitably per gaming position from not having those non-gaming amenities that are less profitable and primarily used to attract traffic,” Stauff said. “They don’t want to be like that forever … but casino companies are going to adjust and reflate their business.”

Don’t count on the same freebies as before

One way casinos will save money is by recalling fewer employees to work to accommodate a reduced volume of customers and provide fewer amenities.

Beynon said labor might represent 30% of normal operating costs for the casino, and reducing the employees present can make up for additional spending on safety materials like masks and gloves and staff time now required for cleaning.

The other key variable operators can control is what they spend on marketing and promotions. That might be 15% of normal costs, Beynon said, and he expects that to also go down as operators look for savings.

“That’s the lever you can pull, cutting back on the free slot credits and drinks and buffets — things that are inducements to lure the customer,” he said.

“All these companies have pretty high-tech databases they can go through to examine what each player spends on a trip, how many times a month they come, what the worth of their trip is, what it takes to get them to come. They can try to move the lower-end players to Tuesdays and Wednesdays,” Beynon suggested, so executives don’t have to worry about low-profit customers being the ones who bump up against occupancy limits on weekends.

Jonas said a normal operating theory is that 20% of casino customers provide 80% of the revenue, and marketing departments will focus their efforts on those high-yield patrons even more than they might have before.

“The industry was headed that way anyway, but this is an opportunity to be even more efficient in terms of making sure you’re giving the free stuff to the right player on whom you can actually get the right return,” Jonas said.

The long-term view is harder to see right now

The analysts say that while it’s clear pent-up demand from people stuck inside their homes the past two months will help casinos initially, there are big unknowns about longer-term consumer patterns.

They recalled how during and after the 2008-10 Great Recession, spending dropped off far more than patronage. The number of customers approximated what had been the case before their economic setbacks, but they were willing to risk or spend far less while on the property.

No one yet knows how that translates in 2020, when tens of millions of people have lost jobs at the same time that most Americans received stimulus checks and the stock market has gradually been making up for its historic March plummet.

“Investors are primarily analyzing the supply side [of limited casino operations], but really, it’s not likely to be a supply-constrained offering — while initial demand is likely to snap back, the unknown factor is what level customer demand stabilizes at,” Stauff said.

“I think the hardest thing is really just understanding what demand is going to be,” Beynon agreed. “We have a couple of data points, but we’re going to know a lot more in the next week or two. If demand is strong, your profits are certainly going to be able to get back to close to where they were.”

Jonas noted that the information made public so far about reopenings, such as the Full House report on its Mississippi casino, has been positive. That’s a good sign for the future, even if the second quarter earnings reports for casino companies are going to be terrible and few expect the third quarter to resemble prior earnings either.

After that, who knows? There could already be some other properties receiving far fewer customers upon reopening than Silver Slipper, with owners hardly inclined to publicize it.

“We sensed there would be hard-core folks who want to get out of the house who’ve been stuck in there,” Jonas said. “They view local casinos like their country club, where they go multiple times a week. There was never any doubt those folks would come back and be comfortable so long as the right safety measures are in place.

“It’s more what happens beyond those folks.”

Gary is a longtime journalist, having spent three decades covering gambling, state government, and other issues for the Pittsburgh Post-Gazette, in addition to stints as managing editor of the Bedford (Pa.) Gazette and as a reporter for United Press International and the Middletown (Conn.) Press. Contact Gary at [email protected].