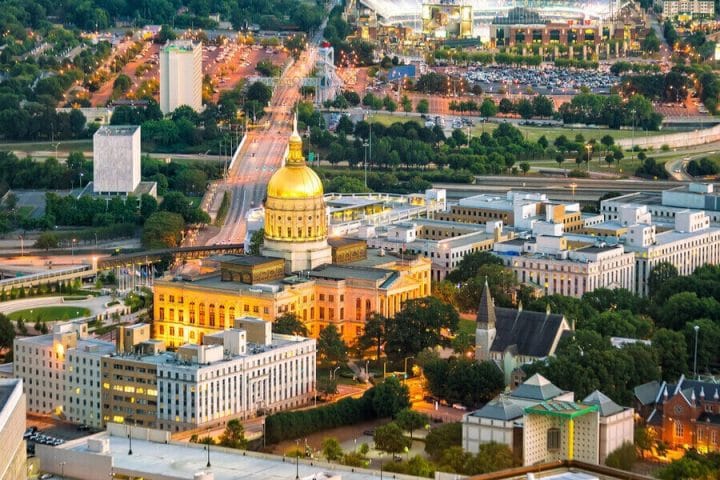 The Peach State has thrown its hat into the sports betting ring under a very similar policy proposal to what neighboring Tennessee passed in mid-2019.

Legislation filed Feb. 20 would legalize and regulate online/mobile sports wagering under the regulation of the Georgia Lottery Corporation, which already offers products via the internet. The legislation comes from state Sen. Burt Jones, a Republican. It would codify sports gaming as a lottery offering and establish a Georgia Mobile Sports Wagering Integrity Commission under the Georgia Lottery.

The legislation, which currently sits with the Senate’s Committee on Regulated Industries and Utilities, would not require a constitutional amendment, which would make authorization of the activity a far easier task for the state, though its chances in the historically gambling-wary state are unclear. Georgia isn’t home to any casinos, and there’s been unsuccessful debate for years about Las Vegas-style gambling.

Remote sports betting account registration in Georgia would be allowed, as the policy proposal doesn’t call for retail locations. Sports betting would be for those 21 years of age and older.

Under Senate Bill 403, online/mobile sportsbooks would pay 10% of their adjusted gross income to the state in the form of a tax. There’s a 20% rate in Tennessee. Additionally, SB 403 would require 5% of the state’s take to go toward addiction services, the same allocation as under the Tennessee Sports Gaming Act.

Because sports betting would be under the regulation of the Georgia Lottery, proceeds would go toward education. That’s the same situation in the Volunteer State.

The bill has the blessing of the major pro sports teams in the Peach State, which came out in November of 2019 to advocate for legal and regulated sports gaming. The American Gaming Association has projected that the four major sports leagues and their franchises stand to benefit to the tune of $4.2 billion thanks to a legal sports wagering market in the U.S. that will boost fan engagement.

The Atlanta Falcons, Atlanta Hawks, Atlanta Braves, and Atlanta United formed the Georgia Professional Sports Integrity Alliance in an effort to push for the legislation. In a letter from the fall, the coalition said online/mobile sports wagering “will greatly enhance our engagement with fans, especially the new generation of fans.” Additionally, the pro teams argued that legal internet gambling would “include rigorous consumer protection, taxation of revenues to benefit our state, and tools to uphold the integrity of games and help law enforcement eradicate illegal sports wagering.”

The Atlanta Hawks recently discussed the desire for legal sports wagering, suggesting publicly that the teams have to compete with other forms of entertainment that people consume on their smartphones.

At the Atlanta Press Club, Atlanta Hawks CEO Steve Koonin says bringing mobile betting to Georgia is not for economic gain for the teams, but for keeping and engaging fans. ‘Our fans are on their phones 8-10 hours a day.’ #gapol #APCSports pic.twitter.com/jRIFyjtHdA

The league-backed SB 403 unsurprisingly includes a provision that would require a sports betting company to “exclusively use official league data for purposes of live betting.”

That’s a more black-and-white provision than what exists in Tennessee. In the Volunteer State’s Sports Gaming Act, sportsbooks are required to use “official league data” for in-game betting “unless the licensee can demonstrate to [regulators] that the governing body of a sport or sports league, organization, or association or other authorized entity cannot provide a feed of official league data for live betting in accordance with commercially reasonable terms.”

The Georgia bill can be seen as a more league-friendly law than what cleared the Tennessee Legislature.

Sports betting has proliferated rapidly since the U.S. Supreme Court overturned the Professional and Amateur Sports Protection Act of 1992 in mid-2018.

About $18 billion has been wagered on sports since the Supreme Court ruling, the tip of the iceberg for the nascent industry. The pro sports teams in Georgia estimate that $1.5 billion is currently being wagered annually in the state, a figure that would grow under a legal market.

According to a 2017 study from Oxford Economics, commissioned by the AGA, Georgia has the potential to see roughly $6.5 billion in annual sports betting handle, under online/mobile and a 10% tax rate.

The Georgia legislation doesn’t include a fixed payout cap on the sports betting industry, which Tennessee is currently mulling over in its regulations. The Georgia Lottery could follow Tennessee’s lead on that as well. Tennessee decided to go with a 92% payout cap, but the regulations have yet to be finalized.

Tennessee is expected to see its first licensed sportsbooks launch later this year.