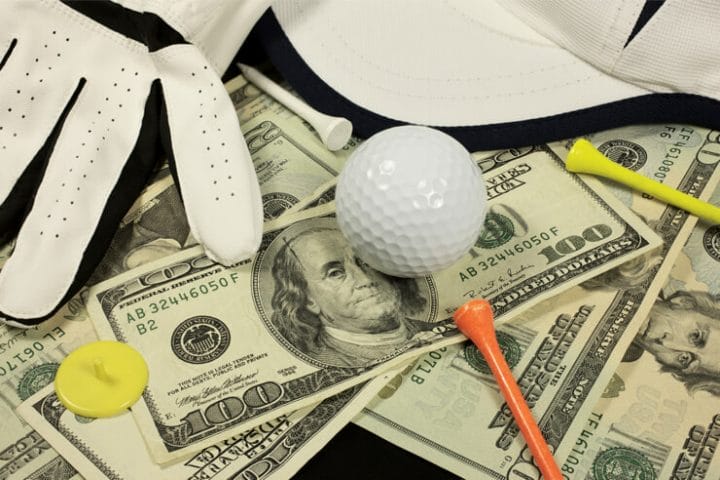 If the recent frank panel at the MIT Sloan Sports Analytics Conference on the rarely addressed issue of the complicated relationship between professional gamblers and sportsbooks wasn’t enough, this week brought another fine example of how legal sports betting is coming out of the shadows in 2019.

Golf Channel viewers who tuned in to the Vantage Point with Mike Tirico program on Wednesday got more than just information about this week’s The Players Championship event and a discussion of numerous new golf rules with PGA Commissioner Jay Monahan. Tirico also illuminated the reality of gambling in the U.S. for a golf audience, and former-players-turned-broadcasters Nick Faldo, Paul Azinger, and Gary Koch expressed some fairly typical concerns of athletes not terribly familiar with the issues. The program exemplified why these conversations are worth having.

“A lot of you who sit in your chair [as commissioner] — and there aren’t many people — all of a sudden, they’ve had the topic of sports gambling thrown on your desk,” Tirico said to Monahan.

“This day was coming, and so we’ve been looking at this day — the day that this became legalized by the Supreme Court — since 2015,” Monahan responded. “So for us, we have monitored betting activity in the legal and international markets and we put in an integrity program in place that all of our players and constituents are operating under. And for us, we look at it as a great fan engagement opportunity.”

“That’s all well and good,” Tirico replied, “but there are also a thousand off-ramps once you get on the gambling highway.”

“You do it in a way where you can get comfortable with our players and our sport, that we’re not going to be put in a position where our integrity is at risk,” Monahan replied. “If we can’t do that, then we don’t do it. But we do think that there is a way to do that — which is why we have been working on it for, now, almost four years.”

A few minutes later, Tirico kicked off a roundtable chat with Faldo, Azinger, and Koch.

“Let’s go to the one topic [discussed earlier with Monahan] that I thought was the most interesting, and that was gambling,” Tirico said. “Because every commissioner I talk to, they are dealing with this, and I’m just curious: As players, there are a whole different set of circumstances here because there’s not a players union to represent all of you. The whole ‘independent contractor’ deal comes up. What are your thoughts about gambling being legal, regarding PGA Tour players?”

Azinger replied: “I mean, I almost want to take a ‘wait and see’ [approach], but I just think it’s a can of worms that the Tour does have to take this risk.There’s a lot of money there, but it’s a little bit of a risk. I feel — you know, there’s people who are addicted to gambling. I mean, it’s a disease, you know? So I don’t know, we’ll see. We’ll just have to wait and see.”

“I think it’s going to be very interesting,” Koch added. “You know, there was a situation that came up last week at Bay Hill — Jason Day withdrawing after six holes. There was a lot out of social media on how come there aren’t injury reports.”

(Day, who has withdrawn from a number of previous tournaments over the years with back issues, perhaps didn’t help matters when he was spotted at Disney World the next day with his young family.)

“Right, because that’s one of the big things with the NFL,” Tirico said. “Nobody every says those injury reports are there for gambling. And the fact of the matter is, that’s why they’re there.”

Azinger then pondered what impact this brave new world would have on his own career.

“You know, if Nick and I set up the golf course [in a preview], and we say, ‘Oh it’s really soft, it’s really easy, there’s no wind’ … there’s probably an average score you can bet on for the day,” said Azinger, indicating his analysis could lead bettors to back the “under.”

“But it’s happening,” Tirico insisted. “I mean, you can sit at a Jets or a Giants game in New Jersey — because betting is legal in New Jersey — you can sit on your phone and make bets during the game, on the progress of the game. So it’s here. The question is, how is golf going to try to handle that, and for you guys, it’s what are the players going to feel about it? Is it going to change anything a player does in feeling about what’s happening?”

Azinger then gestured to imitate Phil Mickelson’s bizarre “slap” of a missed putt last year in mid-roll, adding “Or if somebody yells out of the crowd … ”

“That’s what concerns me,” Koch said. “You know, say someone’s got a huge wager on a head-to-head match. You’re not going to be the one to yell, you’re gonna pay someone else: ‘Yell in this guy’s backswing a couple of times for me, would you?’ Sure enough, they’ll get thrown out eventually, but it may have an effect on a couple of shots.”

Faldo, a native of England where gambling of all sorts is far more pervasive than in the U.S., offered a mildly surprising response.

“I’ve never been a gambler in my life,” Faldo said. “Many people have mastered this really well, and know what they’re doing. But when you start looking at all the possible negatives — well, it sounds a little dangerous at times.”

Tirico replied: “And that’s why I think it’s a walk — it’s a ‘crawl, walk, run’ deal — and you heard Jay, they’ve been talking about this for years. It’s one of those things, it’s not going to be, ‘wake up one morning, flip the switch, and go from there.'”

“I mean, I think you can really grow the game if you have that fantasy influence to the game,” Azinger concluded. “But there’s a lot of risk there.”