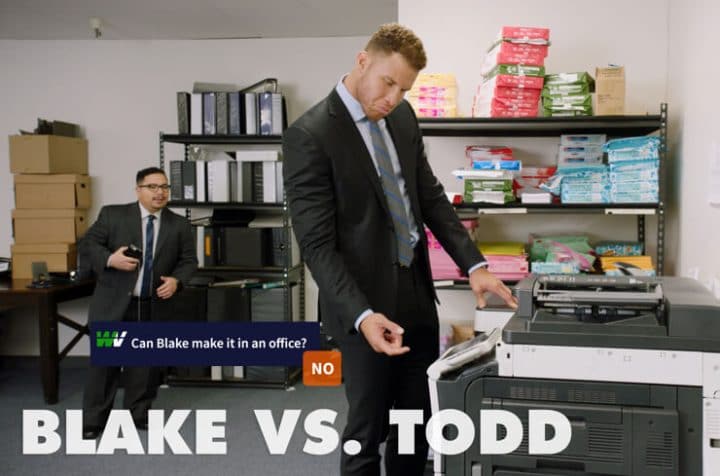 NBA star Blake Griffin is taking his personal brand in a new direction with a partnership with a DFS-style sports gambling app.

Under the deal announced Thursday, Griffin, a player for the Detroit Pistons, will work with WinView Inc., owner of WinViewGames.com.

WinView, based out of Silicon Valley, is calling itself the “nation’s leading live TV sports prediction platform,” according to a press release.

WinView said the partnership with Griffin is “built upon the premise that the future of televised sports will be driven by more fan engagement while watching the game on TV or a mobile device.”

What else we know about the deal

ESPN reported that Griffin will receive an equity stake in the company. WinView is reportedly valued at $65 million.

The deal is centered on original content featuring Griffin. Part 1 of a three-part YouTube series from WinView was released Wednesday. The videos are written and produced by OBB Pictures, according to the press release.

The content is giving Griffin more practice in the world of acting.

“Whether you’re trying to predict if a superstar like Blake will make a free throw or an office drone will sink a ball of paper into the wastebasket, predicting what happens next is a part of life,” he added. “Thanks to WinView’s unique platform, sports fans can benefit from testing their Sports IQ and significantly elevate their fan engagement during the live game.”

In a statement, Griffin said the company is “pioneering new way to watch and enjoy sports” [sic].

What could make the app stand out?

The mobile sports betting space is becoming more and more crowded. Just ask New Jersey gaming regulators. WinView, though not currently seeking entry into New Jersey’s traditional sports betting market, will attempt to differentiate itself by allowing in-game bettors a chance to compete against each other, as opposed to the house.

The press release stated: “Players enter contests and compete against other fans to see who knows the game best. Whoever answers the most questions correctly in a quarter-long contest wins cash prizes, ranging from a few dollars to thousands.”

The questions are prop-bet style scenarios.

WinView said in the press release that its real-money product, which it calls a game of skill, is legal in 39 states. Its website says its paid contests are legal in only 36.

The firm isn’t going to stand pat with its Griffin partnership. WinView said that it plans to forge partnerships with the sports leagues, as well as “TV and cellular industries.”

Griffin’s current NBA contract is set to end in 2022, so it looks like he will be a Piston for at least the near-term. Having a deal with one of Michigan’s biggest sports stars positions WinView for a play at Michigan’s upcoming legal sports betting market.

Michigan lawmakers considered sports betting legislation this year, but they dropped the ball.

The Detroit casino industry wants sports betting, so the legislature will surely resume the discussions in 2019.

Michigan, home to about 10 million people, could see as much as $9.5 billion in annual sports handle, assuming widespread access via online/mobile and a favorable (base) tax rate of 10%, according to a 2017 Oxford Economics study commission by the American Gaming Association. The state could see more than $600 million in annual revenue based on the handle.

Under that scenario, Oxford Economics predicts Michigan and New Jersey’s respective markets to be about the same size, in terms of both handle and win.

Will Nevada Sportsbooks Ever Lose Over An Entire Month Again?