The casino is in the works, despite objections among the rich and famous who summer in the Hamptons 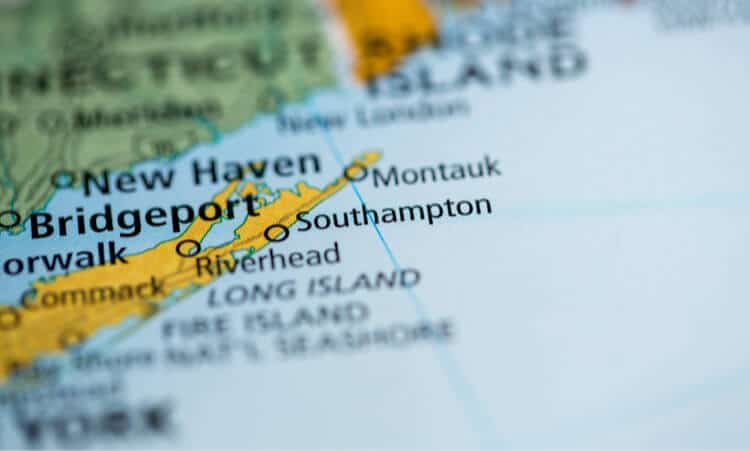 Traffic going out to the Hamptons during the summer months is a nightmare. A casino in Southampton, N.Y., undoubtedly will add to it, but it’s hard to imagine how it can get much worse than it already is.

From Memorial Day through Labor Day, celebrities, stock brokers, trust-fund babies, paparazzi, Instagram models, and a whole lot of wannabes descend on the Hamptons for summer fun. The bars are packed with revelers and the beaches are choked with the lean, bronzed bodies of the beautiful people. The biggest gamble in anyone’s weekend is heading east from New York City after 3 p.m. with the hope that you’ll navigate the approximately 100-mile journey to the East End and reach your destination before sunset.

Bryan Polite, the chairman of the Shinnecock Nation Council of Trustees, doesn’t try to gloss over the weekend traffic situation. But he is also thinking about the positive impact their proposed casino will have on the area — and on his people.

That’s why the Shinnecock Nation is moving forward with a plan to build a 76,000-square-foot casino on their sovereign land off Montauk Highway in Southampton. The Class II casino will have approximately 1,000 video lottery terminals. Those will be primarily video poker and slot machines. The casino also will have 30 tables for games, which are expected to be used for Texas hold’em poker.

Additionally, there will be restaurant space and a performance venue for entertainment. The casino, which will be named Shinnecock Casino Hamptons, will be operated by the Shinnecock Nation.

Polite also said a hotel could be added at a later date, in what would be Phase Two of the project. He acknowledged an association with Tri-State Partners to assist with construction and operation of the casino. Tri-State Partners worked with the Seminole tribe on the Hard Rock Casino in Atlantic City, but this project will not be connected with the Hard Rock franchise. The Seminole tribe also is involved with this project and has provided technological and financial resources.

Long road to this point for Shinnecock Nation

“Traffic is always an issue,” Polite told US Bets. “We understand there is a traffic problem. The only time [Southampton leaders] consider stopping something is because of traffic problems. But over the last 20 years, traffic has increased in Southampton because of their economic ventures. People complain, but they continue to do economic projects that benefit the local municipality.”

First, they had to apply for federal recognition of their tribe, which is a long and exhaustive process that usually takes decades, according to Polite. The Shinnecock Nation first applied in 1978 and had to show extensive genealogy and self-governing through contracts over many years. Frustrated by the process, the Shinnecock Nation eventually filed a lawsuit against the Bureau of Indian Affairs, the federal agency that oversees the acknowledgment of a tribe.

Finally, in 2010, that acknowledgement was granted.

The next step was getting into the casino business. Again, the process was fraught with a seemingly endless number of hurdles. Before federal recognition came, the Shinnecock Nation worked with local politicians on a plan that would have constructed a casino in Hampton Bays in 2007. That plan was scuttled when a federal judge ruled against the Shinnecock Nation, citing — what else? — the potential impact on traffic in the area. The issue hasn’t gone away.

“I am totally opposed to a casino development at the proposed location. Although I respect the sovereignty of the Shinnecock Nation when it comes to development on the reservation property, I cannot think of a worse location to build a casino,” said Town of Southampton Supervisor Jay Schneiderman. “Montauk Highway, where the casino is being proposed, is already backed up in the morning and in the afternoon with traffic. I also have significant concerns regarding the environmental sensitivity of this location.”

Suffolk County Executive Steve Bellone did not respond to detailed messages left by US Bets.

Plowing ahead in Southampton

The goal for the Shinnecock Nation was to build a casino on their sovereign land, but they were met with opposition from local government and some in the community. Polite said they tried working with state and local governments on an alternate site for a casino, with Belmont Park and Nassau Coliseum as potential sites, but that effort never was able to gain any traction or momentum.

Back in 1995, New York amended its constitution to allow gaming. Jake’s 58 Hotel and Casino opened in 2017 in Islandia, about 45 miles west of Southampton. The Shinnecock Nation was left to wonder, What about us?

“It was a kick in the teeth, but also disappointing and disheartening,” Polite said. “We get treated like second-class citizens.”

More recently, the Shinnecock Nation received approval last summer from the National Indian Gaming Commission to operate a Class II casino on its reservation in Southampton. The only thing left to complete before construction can begin is an environmental impact study. Polite estimates that construction will begin this summer and take between 18 and 24 months.

The construction, as well as the operation of the casino, will mean good jobs for many among the more-than-800-member Shinnecock Nation, according to Polite, who estimated Shinnecock Nation members will comprise approximately 40 percent of the 400 or so jobs that will be created by the casino project. It also will provide revenue to increase the budget of the tribal government and help pay for social services. Approximately 60 percent of tribal members live below the poverty line, Polite said.

“Over the past several years we have witnessed the suffering of the Shinnecock Nation and also seen the opportunity to lift their people from the poverty they currently live in,” said Tri-State Partner and Managing Member Jack Morris. “This will be a property Long Island residents will enjoy visiting, while enabling the Shinnecock Nation to take advantage of opportunities other members of Native American nations have harnessed.”

The bottom line is that the law gives the Shinnecock Nation the right to build a casino on their sovereign land and the local government can’t stand in the way of that.

But the Shinnecock Nation land is in the same place where the rich and famous like to be seen during the summer months. And that remains a problem.

“Obviously, the traffic is already pretty horrendous out here. We’re trying to mitigate that,” said Polite, suggesting the use of buses and the Long Island Railroad. “It’s a little hypocritical of Southampton to talk about traffic when they’re constantly developing.”

Tim is an award-winning sportswriter and is the co-host of From the Pressbox, a sports radio talk show. He has covered Major League Baseball, the NHL, the NBA, and Major League Soccer as a beat writer for the Bergen (NJ) Record, and also has written for CBS Sports and SI.com. Contact Tim at TimothyJLeonard1@gmail.com.

Tim is an award-winning sportswriter and is the co-host of From the Pressbox, a sports radio talk show. He has covered Major League Baseball, the NHL, the NBA, and Major League Soccer as a beat writer for the Bergen (NJ) Record, and also has written for CBS Sports and SI.com. Contact Tim at TimothyJLeonard1@gmail.com.