The odds have swung toward Phil, but the smartest bet on the pay-per-view golf match against Tiger is on what hole it ends on. 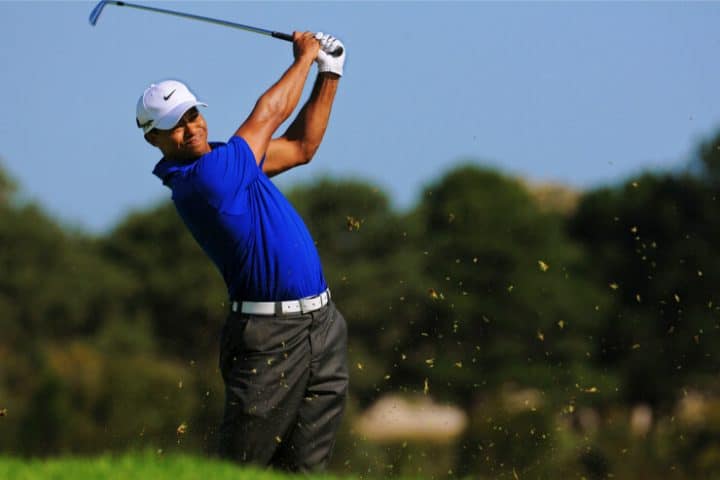 Friday’s Tiger Woods vs. Phil Mickelson pay-per-view match from a Las Vegas country club — yours for only $19.95 — has produced plenty of skepticism, to say the least.

Rory McIlroy said he’ll pass on watching a pair of golfers he idolized growing up duke it out, saying, “if they had done it 15 years ago” it might have been a different story. (Of course, 15 years ago, Rory was only 14, so perhaps he’d have asked his parents to pay for it.)

Woods, 42, and Mickelson, 48, fared worse in a brutal Las Vegas Review-Journal column by Ed Graney, who wrote, “Nobody in golf history — and few in sports — has ever moved the ratings needle like [Woods], and yet, if I had a choice to purchase this spectacle or sit and watch paint dry for three hours, well, someone find me a can of Behr tinted lilac.”

Okay, so Tiger vs. Phil is not for everyone. But if you are thinking about paying 20 bucks to watch it, there’s no shortage of interesting sports betting options to help recoup your costs (or make your day more expensive).

Money on the ‘dog?

The most simple bet is a straight-forward pick on who will win this match-play event. At DraftKings Sportsbook in New Jersey, the line has moved quite a bit this week. Tiger went from -230 to -190 as of Friday morning, and Phil went from +190 to +150.

Neither player is at his peak any more, to McIlroy’s point, and neither has exactly dominated match play in the Ryder Cup, though Tiger has fared better in singles.

Still, Mickelson looks like the value play, especially if you got him earlier in the week.

There are lots of offbeat betting options as well. Among them: Does Phil birdie the first hole? Mickelson announced the other day that he and Woods have a bet of $200,000 on whether Phil will birdie the first hole. You don’t have to wager quite that much, but you can get in on the action by betting “yes” on the birdie at +250 or “no” at -345. At some books, you can double down on shorting Phil by also wagering that he will miss the first fairway.

Fairways are an intriguing play overall, given the tendency of both in recent years to be wayward from the tee box. Tiger has had more success of late in reining in that issue, so taking him at -121 to hit more fairways seems more appealing than “Lefty” at +188.

Most three-putts is trickier to predict, hence odds of -118 for Phil and -112 for Tiger. Flip the names to those odds if you want to bet on who gets the most eagles on the par-72 course.

And remember that the trailing player will be forced to take risks, and suddenly predicting a wet golf ball — especially given the layout of the key latter holes — looks more likely.

Likely losers — and one that could pay off

DK Sportsbook has a lot of long shots to choose from, if you want to risk a little to … probably lose a little:

There is one exotic that seems appealing, though: “Hole on which the match will end.”

You can get +500 on 14th hole and before. If you think Tiger buries Phil, that has to be tempting.

But before you make that bet, listen in on this discussion I had with a men’s pro tennis promoter back in the 1980s. He had lined up two Grand Slam singles winners — household names at the time — to play in a best-of-three sets exhibition match.

I wondered whether he wondered what kind of a show he would get from these two players. He told me, “I said to each of them, ‘Look, I don’t care who wins the match, or how that plays out. All I know is, whomever wins the first set for damn sure needs to lose the second set.'”

If this event is an absolute blowout, it hurts the chances of a repeat. Casual fans may not know it, but Tiger and Phil both have connections to gambling and been known to play “friendly matches” for what most of us would consider insane stakes. (This is something that’s true of athletes across the board. I played 18 holes in a “scramble” golf event with ex-Giants linebacker Lawrence Taylor in the early 1990s, and he talked about recently having taken on fellow North Carolina alum Michael Jordan for $10,000 a hole.)

Let’s just say I would not be shocked to see a play of “15 to 17 holes” at -125 or “18th hole or later” at +162 being the cashing ticket on when the match will end. So if you’re doing in-play betting and either golfer looks to be on the ropes after 12 holes or so — well, there just might be a comeback coming.