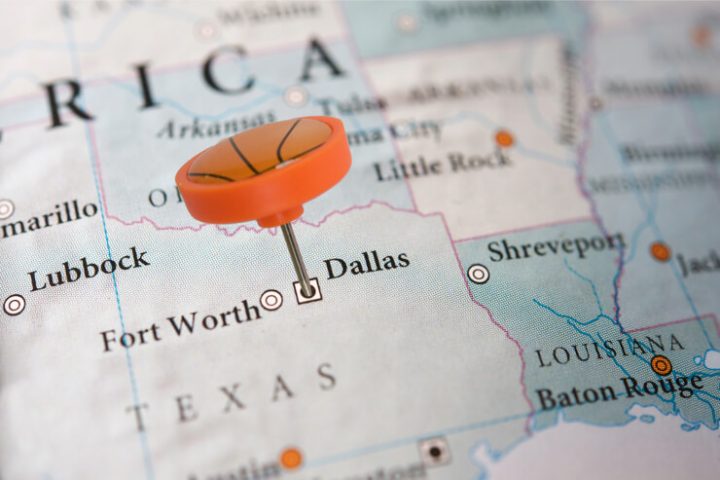 “Director of quantitative research and development” is a whole lot of gobbledygook that looks impressive on a resume, but in the end, it’s just a fancy way of saying “stat nerd.”

The NBA’s Dallas Mavericks, as first reported last week by ESPN’s Adrian Wojnarowski and Zach Lowe, have hired Haralabos “Bob” Voulgaris as be just that.

NBA teams hiring stat nerds to join their front offices is commonplace, and has been since Daryl Morey starting finding success as GM of the Houston Rockets a decade ago.

But NBA teams hiring stat nerds who have used their ahead-of-the-curve number crunching to become elite sports bettors? That is a new frontier.

Building a stack in stages

Most in the gambling space knew of Voulgaris, a 43-year-old from Winnipeg, Manitoba, Canada, prior to this, but how and when individuals first heard of him could vary. For some, it was in the early 2000s, as he started building his sports betting bankroll with a gutsy bet on the ’00 Lakers to win the NBA title for approximately his entire life savings.

For others, it was when Voulgaris made his first World Poker Tour final table in 2005, or when he showed up a year or two later on High Stakes Poker, or when he caused waves by exposing Erick Lindgren’s debts on the Two Plus Two message boards.

Others didn’t know of him until he started popping up as a guest on Bill Simmons’ podcast, one of the few interviewees who would push back forcefully when the host made an argument based on feel and faith rather than substance and science.

Now Voulgaris is crossing another bridge of recognition, getting news articles written about him on ESPN.com and in The Washington Post.

As significant as that leap is for “Haralabob,” it’s perhaps even more meaningful for the gambling community. Mark Cuban’s decision to hire Voulgaris is an endorsement from America’s most progressive major sports league of an industry that most sports leagues were still pretending didn’t exist just a few months ago.

Better than the book

In his sports wagering career, Voulgaris developed a knack for staying ahead of the other experts. There was that bet on the Kobe/Shaq Lakers at 6½-to-1 odds to win the first of what would be three consecutive NBA titles. There was his statistical analysis of scoring that showed more points were tallied in the second half of games than the first, allowing Voulgaris to exploit too-high first half lines and too-low second half lines until the bookmakers caught on. There was his application of trends he saw from certain coaches and referees that the oddsmakers weren’t taking into account.

Voulgaris has drawn the attention of owners since long before the Mavs’ Cuban plucked him up. According to that Washington Post article, in the 2009-’10 NBA season he consulted for an unnamed team on their roster construction.

But this is a new level of transparency in terms of an NBA franchise saying that sports betting is a legitimate sidecar to their business and that the best and most statistically advanced sports bettors can help them. And it’s coming from an owner who said the Supreme Court’s reversal of PASPA, allowing state-by-state legalization of sports betting, “doubled the value of professional sports franchises in a second.”

We should have seen it coming. Of course Cuban, an investor in eSports gambling platform Unikrn, is the one who brought Voulgaris aboard as a strategic thinker.

The Mavericks are under fire right now for serious allegations about workplace conduct, and this news shouldn’t overshadow that ongoing story. But being a progressive organization and a problematic organization are not mutually exclusive concepts. Dallas is not a model franchise from top to bottom. But they are a model in at least one area.

There will be skeptics, of course, just as there were in Philadelphia when GM Sam Hinkie intentionally bottomed out to give the 76ers a chance to later rise to the top. There are presumably doubters right now surrounding the Clippers hiring Sports Illustrated writer Lee Jenkins this offseason as their new executive director of research and identity (a title far more ridiculous than “director of quantitative research and development”).

Sometimes it takes three or four years to see if a non-conformist strategy works. It will be a while before anyone should pass judgment on the Voulgaris hire.

But if it works, it will surely become a trend in the NBA, not a one-off. And it could spread to other leagues after that, similarly to how Morey took pages from Billy Beane’s baseball playbook and applied them to basketball.

Data is a driving force in modern sports strategy and analysis — and in the state-by-state fight over sports betting legalization. The leagues are holding tight to their claim that they should get a cut of gambling revenue in exchange for their data, even as six states have now moved forward in legalizing sports betting without including provisions for a so-called “integrity fee.”

That fight will go on, but even if the leagues never get that cut, the sports gambling industry and the word “data” will be forever intertwined.

Haralabos Voulgaris made his name and built his bankroll by applying his carefully curated data at the betting window. He proved his smarts, and he’s now on the corporate side of things as a result.

The Pete-Rose-era dark ages of “all sports betting is bad” are over. Sports betting is becoming an increasingly indispensable companion to sports. Mark Cuban gets this, and he isn’t being shy about legitimizing this industry that, for so long, the pro leagues sought distance from.