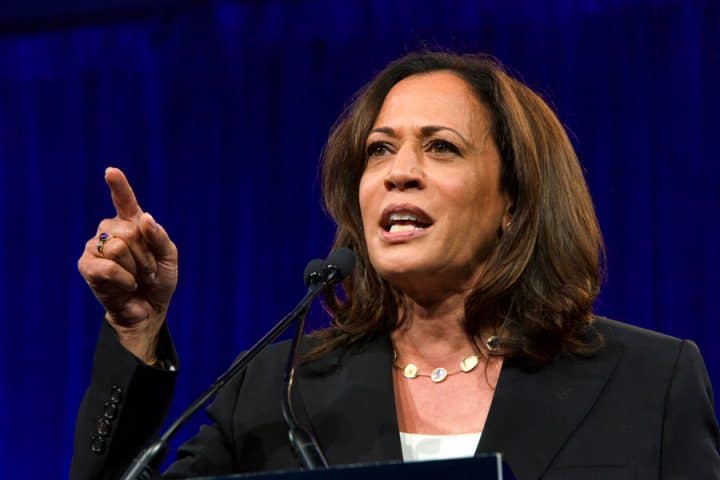 It’s been quite the gambling spectacle since former Vice President Joe Biden won the South Carolina primary in late February and rival primary candidates started dropping out, making it more or less a two-man race between Biden and Sen. Bernie Sanders. The race for the presidential nominee eventually gave way to the race for the coveted VP slot on the ticket.

The market for betting on the selection for the 2020 Democratic VP nominee has drawn a massive handle on the political betting exchange website PredictIt, a platform that has an exemption from the federal government to allow gambling on political events. The limits appear small, but you can actually wager tons of money across the site. Investments on a single market are capped at a relatively low $850, however.

As of Thursday, more than 69 million shares have been traded on the Democratic VP nominee market on PredictIt. Each share is worth $1 when this extremely liquid market is ultimately settled. It’s among the most heavily bet markets in the history of the website.

As of Thursday morning, California Sen. Kamala Harris was at around her all-time high on PredictIt, sitting at just under 60 cents for “yes” shares. Former U.N. Ambassador Susan Rice was a distant second at around 25 cents for her “yes” shares. You can also bet “no” on either one.

Rice and Harris were basically neck-and-neck earlier this week, but recent clues of sorts apparently shot Harris back into the lead — a comfortable lead in terms of the betting odds.

A photograph this week of Biden’s handwritten notes are fueling speculation that it will be Harris. It appears many people have zeroed in on his note that mentions not holding any “grudges” in reference to Harris. During a primary debate, Harris landed haymakers on Biden on race, but in recent months she has campaigned heavily for him and is clearly seeking the selection.

Another rather bizarre bit of speculation came from Politico apparently mistakenly publishing content to its website that indicated Harris would be the selection. Word is that it was pre-written content, but it reportedly had quotes from Biden that hadn’t been said, not yet at least. Gamblers apparently reacted.

Politico "accidentally" published a pre-write that Kamala Harris was selected as VP, when Rice was AHEAD of Kamala, 40-35 on @PredictIt . This accident caused Kamala to spike up 20 and Rice down 12. Well over 100K shares traded, so tens of thousands of dollars changed hands. pic.twitter.com/RLurdYHHe3

Politico denied rumors that it had inside information.

“For a brief period yesterday afternoon, placeholder text was mistakenly published to the site,” Brad Dayspring, Politico’s vice president of marketing and communications, told The Hill in a statement. “Our standard practice is to use ‘lorem ipsum’ as placeholder text. In this instance, that did not happen. We regret the error and any confusion that it caused.”

The apparent mistake was amplified by Biden opponents looking for any conspiracy they could find.

To add more fuel to the speculation fire, there was also this CNBC report that indicated a last-minute fight to prevent Harris’ selection, with the rather absurd allegation that she’s too ambitious to be the second-most powerful official — at least on paper — in the country. Sexism never dies.

NEW:Joe Biden's allies have been waging a shadow campaign to stop Kamala Harris from becoming vice president.Some have argued to members of the search committee that Harris is too ambitious and that she'll only focus on becoming president if she becomes VPhttps://t.co/3bopF4I1ZB

Sorting through the madness

Is this all noise? Are bettors overreacting to the Biden notes and Politico’s apparent blunder?

Could any of a handful of women still be in the mix? We’ll let the reader decide.

It’s worth noting that it’s almost a certainty that Biden is going with a woman of color, thanks to comments he has made in recent weeks and months. He could always reverse course, but it’s unlikely due to how incendiary it would probably be within the party. During the height of the civil unrest in June, some people were speculating he might want a military general as VP. Right now, Sen. Elizabeth Warren is still hanging in there on the short list, the sole white woman remaining. No man is trading above 1 cent.

Other sites for gambling on the VP selection have comparable odds right now.

European sportsbooks, which can legally take action on U.S. elections, also have Harris as a big favorite against the field just days ahead of when Biden is expected to announce his selection. He said this week that it will come next week, as we recently moved under 100 days until the election.

Do Betfair’s odds lend more credibility to recent rumors about Harris? Not at all, but odds from a traditional book do validate the notion that the betting public is reacting sharply to any and all clues it can glean.

It’s always worth noting that for U.S. political betting, which no legal U.S. sportsbook has markets on currently, there are going to be people out there with access to information ahead of the gambling public. Is anyone close to Biden’s top aides using PredictIt to make a relatively small amount of money? Probably not — and his veep pick is of course a closely guarded secret. You could never rule it out, however.