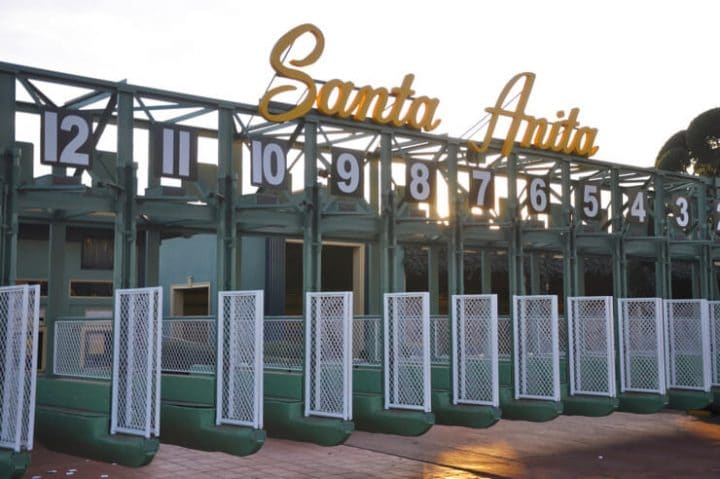 Horse racing officials made sure to point out to dozens of legislators and legislative aides in the audience at a key gaming industry event in San Diego on Friday that the magnitude of their industry remains a robust one after more than a century.

But they also took direct aim at what otherwise would have been “the elephant in the room”: the deaths of dozens of horses at Santa Anita Park racetrack in the past 18 months, and the accompanying wave of stories about it.

Gregory Simpson, a member of the Ohio State Racing Commission, did not mince words during the panel at the three-day, bi-annual National Council of Legislators from Gaming States summit.

“Safety is so paramount that if we don’t get it right,” Simpson said, “we’re going to go the way of the Ringling Brothers. That’s exactly what’s going to happen.”

The reference was to the Ringling Bros. and Barnum & Bailey circus, which went out business in 2017 after a century-long run was snuffed out by animal rights groups who objected to the treatment of the circus’s animals.

F. Douglas Reed, senior pari-mutuel associate for Spectrum Gaming Group, posted a slide of dozens of national publications that in 2019 ran full-length articles about the horse deaths at Santa Anita and elsewhere.

“We need to change the perception to change the reality,” Reed said, adding that similar incidents have created headlines in Australia, the United Kingdom, and other countries. “We are doing a lot, and that’s good.”

Still, the industry insiders were able to point to tangible efforts that include the recently-launched Mid-Atlantic Strategic Plan, a consortium of East Coast racetracks that are sharing information on best practices for keeping horses safe and healthy.

Just two months ago, the Thoroughbred Safety Coalition was formed as a partnership that includes horse racing giants The Breeders’ Cup, Churchill Downs, Keeneland, the Stronach Group, and the New York Racing Association.

Eric Hamelback, CEO of The National Horsemen’s Benevolent and Protective Association — whose organization has 30,000 members — said there already is a significant amount of coordination on safety and that he seeks even more.

“But I was somewhat upset that a new organization was created for safety,” Hamelback said, adding that his group and similar ones already are part of the National Thoroughbred Racing Association’s safety committee. “Let’s not reinvent the wheel.”

“I get a little sick to my stomach from people comparing us to the NFL, MLB, or the NBA,” Hamelback said. “Folks, we don’t have 32 owners. We have about 32 owners just on one racing card. Having an overseeing commission that can look at, and govern, every aspect of racing — that’s almost as ridiculous as every state having the exact same gaming laws.”

The rise in national media attention on horse racing in 2019 “was mostly due to the spate of horse fatalities, not because of the magnificence of our sport and certainly not the positive economic impact of our sport,” Hamelback said.

Racing by the numbers

The American Horse Council estimates the total annual economic impact of horse racing at $63 billion annually, supporting almost a half a million jobs.

Reed showed a graph indicating that handle — the total amount wagered on races — was up 6.7% from 2014 to 2018. The number then dipped by 2% in 2019 compared to the previous year’s wagers. The negative stories about the industry “may have been one factor,” Reed conceded.

Simpson, who pegged Ohio’s contribution as a $1.5 billion annual segment of American horse racing with 24,000 employees, offered another statistic that underscored a point not readily understood. There were 37 horse deaths in the state in 2019, he said — with all but three of them thoroughbreds. Standardbred horses come from much sturdier stock, leaving them with much sturdier legs, and leaving that segment of the industry mostly a non-factor in equine deaths.

What’s next for horse racing?