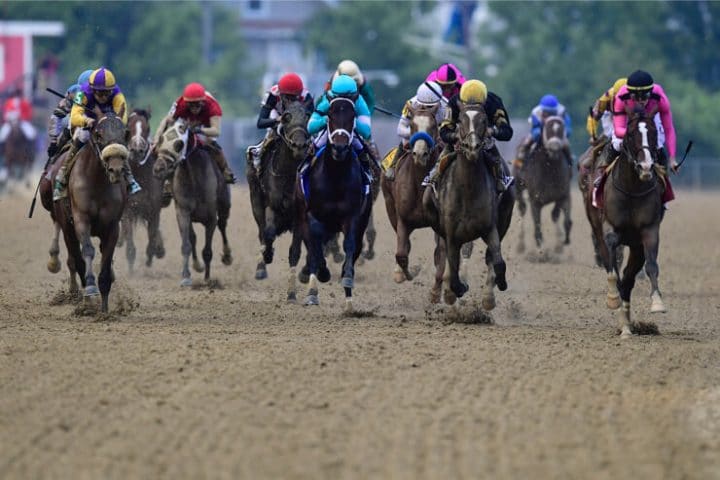 NBC Sports Network, a cable channel available to 80 million households, on Wednesday announced plans to beef up its horse racing coverage in light of the near-blanket shutdown of U.S. sports nationwide due to coronavirus. The network’s previous relationship with TVG — the online horse racing network that has its own 45 million household audience — is being expanded.

“On behalf of our track and horsemen partners, we are excited to join forces with our friends from NBC Sports to bring horse racing to a broader audience,” said Kip Levin, CEO of TVG (and also president of FanDuel Group). “These are unprecedented times for everyone, and we hope that we can provide a safe diversion and some entertainment for people, with so much of the regular sports schedule having been canceled or delayed.”

NBCSN will simulcast TVG’s Trackside Live program on Saturday and Sunday from 4-8 p.m. ET. The show is anchored by NBC Sports reporter Britney Eurton, who already appears on both networks.

The biggest race of the weekend — the $1 million Louisiana Derby from Fair Grounds Race Course in New Orleans — will air as previously scheduled on Saturday at 5 p.m.

The network plans to simulcast Trackside Live from 4-8 p.m. on Friday-Sunday, March 27-29. The highlight, so long as it takes place as is currently planned, is the Florida Derby on March 28 at 6 p.m. ET.

“This opens up our network for a lot of new viewers,” Levin told US Bets. “And we’ve already seen an uptick in viewership on TVG itself, and some of that is definitely from new first-time viewers.”

Levin said the arrival of those new viewers last weekend led to some programming adjustments.

“Keeping in mind those tuning in, we stopped talking about Pick-4 bets and started to talk ‘win’ bets,” Levin said. “So we are changing the content a bit.”

Another change regulars will notice, Levin added, is that due to “social distancing” there no longer are two anchors on the same stage.

Grade 2 races such as the Louisiana Derby produce qualifying points for the annual Kentucky Derby, and that remains true even though the latter Triple Crown race has been moved from May to Sept. 5. The Louisiana Derby, previously run over nine furlongs on dirt, will be 1 3/16 miles on Saturday and will serve as the first “Run for the Roses” prep race of the year, with the winner qualifying for the big race.

Per NBCSN, the morning line favorite in that Saturday race is Enforceable at 7/2 out of the #10 post in a field of 14 horses.

Silver Standard and Modernist drew the 13 and 14 posts, but both are next-favorites at 6/1. The race will also be live streamed on NBCSports.com and the NBC Sports app.

While the closing of racetracks has been widespread — the Meadowlands Racetrack and Freehold Raceway in New Jersey and Yonkers Raceway in New York among them — the sheer volume of tracks across the U.S,. and the fact that horses at this stage appear immune from coronavirus means racing could continue somewhere in the U.S. throughout the crisis.

Aqueduct Raceway in Queens, N.Y. has maintained its Friday-Sunday harness racing card schedule, though no spectators are allowed on the premises — with the same scenario planned for the Louisiana Derby.

Horse racing benefits from having shifted its business model more than a decade ago toward having a vast majority of its patrons viewing and wagering from home rather than the racetrack. So for many horse racing bettors fortunate enough to have their favorite tracks still running, this is one modest aspect of their upended lives that will still be business as usual.