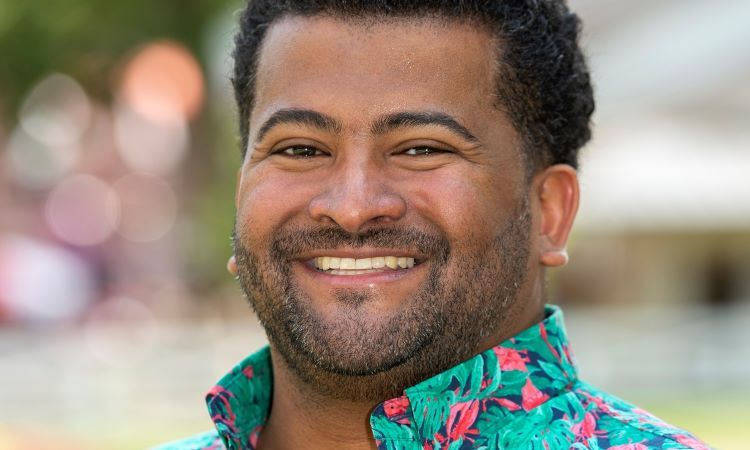 Turns out, controversial disqualifications in horse racing are not just limited to participants on the racetrack.

Horse racing Twitter was abuzz over the weekend, after it was reported that prominent handicapper, podcaster, and FOX television broadcaster Jonathon Kinchen was disqualified from the National Horseplayers Championship (NHC). The NHC is run by the National Thoroughbred Racing Association (NTRA), and this year’s NHC was conducted at Bally’s in Las Vegas. The NTRA’s main function is to serve as a lobbying influence for the thoroughbred racing industry.

Although the NTRA has declined to name Kinchen, it issued a statement Monday that announced the first disqualification in the NHC’s history (The event has been held yearly since 2000). The statement makes reference to NHC rules, which state, “All wagers must be placed personally, and in-person, by the Contest Player.”

“The disqualified player was not present at Bally’s during the NHC tournament and his contest wagers were being submitted on-site by an intermediary without authorization,” the NTRA statement said. “No authorization was given to the player to leave Bally’s or the State; he violated both.”

Kinchen has not won the NHC, but won the “NHC Tour,” a series of NHC qualifiers, in 2015. NTRA Chief Operating Officer Keith Chamblin said the organization didn’t name the violator because it didn’t want to take the spotlight away from the winner, David Harrison, who brought home $725,000 for his victory Sunday.

But a source familiar with the NTRA discussions surrounding the incident said, “Jonathon likes to make things about himself. That’s why they decided not to name him. Let’s not let him make it about himself. [The] less attention they can give him, the better.”

The “authorization” line from the NTRA statement is significant because the second part of the NHC rule cited (Rule 95) states that “no person shall, directly or indirectly, act as an intermediary, transmitter, or agent in placing wagers for the Contest Player, unless prior authorization is given by NHC Officials.”

But according to a source familiar with the situation, Kinchen requested to have his bets run for the contest while he remained in his hotel room in Las Vegas because of his stated concerns over COVID-19. That request was granted by the NTRA, according to the source, but it still required him to be in his hotel room.

Although Kinchen declined to speak to the details in a conversation with US Bets, he acknowledged that he broke the contest’s rules and accepted the disqualification. He said he did request to have bets run by a third party while he remained in his hotel room, but would not confirm COVID was the reasoning he gave.

Vic Stauffer, the track announcer at Oaklawn Park and another prominent contest player, said on Twitter before the NHC that he decided to opt out of the tournament because of COVID concerns. On Monday, Stauffer said he was not aware the NHC was allowing competitors to stay in their hotel rooms and participate in the competition, although that almost surely wouldn’t have changed his decision.

I decided to opt out. Partially because there are people who think the mask mandate is BULLSH**. Very best of good luck to all that are playing this weekend. I'll be watching from @OaklawnRacing

“That would have given me a second or third thought, and I can’t be 1,000% sure, but I would have still opted out,” Stauffer said.

By all accounts, it seems that the exception Kinchen was granted from the NTRA came because he asked. It was not publicized as an option to contestants before the event.

Jetting to Florida for the Pegasus

If Kinchen was trying to pull a fast one on the NHC, his plan was inauspicious.

He is one of the most identifiable handicappers in the sport, not only for his television presence on FOX broadcasts, his podcast and media network, and his prominence at the important Saratoga summer meeting, but also for his flashy outfits. He even has his own clothing collection.

So, when he decided to fly from Las Vegas to South Florida to attend Saturday’s Pegasus World Cup, probably the biggest day of the early racing season in the United States, it seems impossible that he could go unnoticed as one among the party, since he was supposed to be in his hotel room for the NHC.

And he did not go unnoticed.

According to a source, NTRA President and CEO Tom Rooney, who was appointed in October, was the one who discovered Kinchen was at Gulfstream, because Rooney was also in attendance for the Saturday Pegasus card. The source said Rooney even snapped photos of Kinchen at Gulfstream to provide evidence.

Kinchen said his decision to leave Las Vegas for Florida was simple: He wanted to experience in person the Pegasus World Cup and all that went into the day of racing. He said he would have come back to Las Vegas on Sunday if his NHC entries were in contention. He also said his girlfriend’s business had a popup at Gulfstream on Saturday, and he wanted to be there for that.

“The biggest thing I want people to know is that I didn’t cheat,” Kinchen told US Bets. “I broke a rule. I wasn’t gaining an advantage from being in Florida. … My life is about relationships and experiences. I prioritized this situation over that. And that’s not to disrespect anybody. I don’t want people to think that this had to do with arrogance. It’s just certain things are more important to people.”

Kinchen initially appeared to indicate that he would share more about the ordeal, including a tweet that said “it was worth it” and he was “done being nice.” But he ultimately issued a statement Monday that included an apology and an acknowledgment that he violated the rules and accepted the disqualification. The statement also said that he did not feel he was violating the rules at the time.

When asked if there could be more punishment ahead for the contestant who was disqualified (remember, the NTRA did not disclose Kinchen’s name), Chamblin left the door open. He said the NTRA has not decided on further action yet, but will bring the issue to its NHC Players Committee soon.

“We meet with the Players Committee after the event and discuss ways to improve the event,” Chamblin said.

But according to a source with knowledge of the discussions over the weekend, Rooney wanted Kinchen suspended from further events.

“He’s the one that wants to come down hard,” the source said of Rooney. “Even though this has nothing to do with horses and conducting races, I think because he’s new, he sees this as a chance to show that he believes cheating can’t be tolerated in this business. If Rooney makes the final call, [Kinchen] will get a lifetime ban.”

For those who were competing or have competed against Kinchen, however, the reaction is mixed.

“I thought it was kinda funny,” Hoffman said. “He tried something, and I give him an ‘A’ for effort, but he’s too high profile of a player for that to go unnoticed. I thought the NTRA action was fine, and I thought his statement was fine.

“I don’t think it was malicious. He was pushing the envelope. … What’s the joke? There’s no such thing as bad publicity? The whole thing to me is entertaining. I applaud the effort, but not the execution.”

So Kinchen is the Baffert of HorsePlayers? 😂😂😂
leave the guy alone this is not a big deal.

But for first-time NHC entrant Ronald Tang, the issue came down to respect.

“The feeling in the room was that was a crappy thing for him to do, because it’s so hard to make it into this thing, you’d think you’d be respectful of the contest,” Tang said. “How many things had to go right on your day to qualify for it? You have to be so perfect to make it here. And for someone of his stature, he knows how hard it is to get there, and he’s an amazing handicapper, but give it that respect and follow the rules.”

It's despicable that Jonathan Kinchen who is a face of the racing industry would try to basically cheat at the premier handicapping tournament in the country. This is a guy that's in tight with industry executives like the NTRA. To do this is so unethical. #WinWiththeWizard