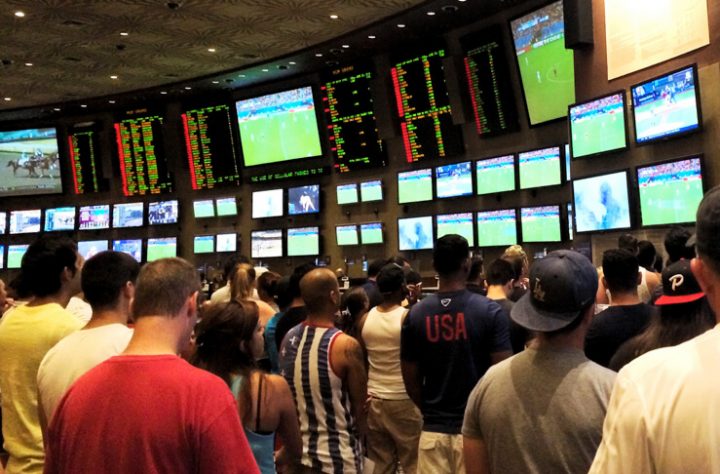 The date was November 2, 1990. The Denver Nuggets were preparing to play their first game under new coach Paul Westhead, the man behind the explosive late-’80s run-and-gun Loyola Marymount offense, and they were taking on the high-powered “Run TMC” Golden State Warriors led by Tim Hardaway, Mitch Richmond, and Chris Mullin.

Blair Rodman, now best known as a World Series of Poker bracelet winner and a poker strategy author, was at the time part of a professional sports betting group. And he and his associates loved what they saw that day from the Las Vegas sportsbooks.

“Westhead didn’t care about defense, he just wanted to run up scores as best he could,” Rodman recalls. “His first NBA game, nobody knew what to do with the total.”

“That’s the biggest move I’ve ever seen on anything,” Rodman says. “It’s an extreme example of smart money outsmarting the books.”

What is smart money?

In skill-based gambling verticals — sports betting, daily fantasy, poker — it’s possible to win over the long run. Sports betting is the only one of those three where players are up against the house. And as we know, the house always wins, ultimately.

“Smart money” means money bet by “sharps,” those bettors who really know what they’re doing and are capable of coming out ahead over a sustained period. The opposite is known as “public money” — your casual bettors who help make that “the house always wins” cliché ring true.

The challenge is to identify where the smart money is going and act and react accordingly. For many bettors, that means being a “follower” — joining in on the fun when you see, for example, that the smart money is flooding in on the over in that Denver-Golden State game. For sportsbooks, that means adjusting your lines … but hopefully not so much that you create a “middle,” a zone that allows gamblers to be over one number, under another, and positioned to win huge if the final result falls in between.

“Avoiding the middle is pretty much the mandate when you’re a bookie,” Jay Rood, the VP of Race & Sports at MGM Resorts International, tells USBets.com. “There are different factors that can dictate line moves. Sometimes weather, sometimes injuries, sometimes just a poor number. But you control what you can, such as how much you allow a sharp player to bet. That’s why we have limits and don’t give carte blanche to sharp players.”

Rodman says that when he was at his peak, putting 80 hours a week into his sports betting business in the ’90s, his team was probably the second biggest out there, behind only Billy Walters’. It took a lot of work, but they were able to make a profit taking on the bookmakers.

“Sharp money moves lines,” says Rodman, whose book Bet On Sports is due for release most likely in the spring. “Some books are scared of sharp money, they don’t want it. Some offshore books take it and then turn around and bet it in other spots themselves. Some books even have bots set up, and as soon as a sharp player calls, they hit the button and they go out and bet that play everywhere they can.”

How the sportsbooks react

It’s not bots or algorithms that make the final call on whether to move a line. For bookmakers like Rood, spotting an influx of smart money is easy, but deciding what to do about it is challenging.

“We have monitoring tools, and we monitor what happens in the marketplace very closely,” Rood explains. “Usually when sharps start to bet, it’s a feeding frenzy. And the number starts to pop all over the place. We have a pretty good handle on who our community of sharp players is and understand when one of them moves in, they bet for the limit, and we act accordingly.

“If the game is moving, then we’ll move with the marketplace. But sometimes all the sharp players don’t react in unison. Some of them have different handicapping tools, different things that they value in the wagering process. And sometimes the bet is a one-off. We take that into consideration as well. And whatever our current position on that event is also dictates whether we move, how much we move. We have to consider if the betting volume on the other side is significantly higher than the sharp side, and what we expect the betting volume is going to be after we take this bet.”

If a sharp makes a bet on a Tuesday on a Saturday game, Rood says he’s likely to move the line, but if the sharp comes in on the opposite side of the public on Saturday morning, he’s less likely to make a move.

In other words, the best bookmakers are the ones who can not only crunch the numbers but also have the experience to go on feel.

Smart is as smart does

Decades ago, a serious sports bettor could shop around at the various books and find lines that varied by a couple of points. But in the ’90s, sports betting was revolutioned by something called the “Don Best screen,” a tool that compiled real-time lines so bettors could see what every book was offering at once.

“Since then, the lines have become pretty much homogenized,” Rodman says.

Still, smart bettors will find edges — and they’ll create those edges if they have to. One thing they’ll do is back the opposite side of the bet they really want to make, cause the line to move, then bet it even harder in the other direction, creating a middle along the way. It’s called a “phony.”

“Billy [Walters] was the master at that,” Rodman says. “Nobody ever knew what his right side was.”

And the sharpest bettors don’t want anyone to know what their right side is. They don’t want followers. There are two reasons for that, Rodman explains.

“Let’s say we found something on the Knicks that’s going to cause them to go over,” he says. “Well, if we bet them over one day, there’s a pretty good chance we’re going to bet them over the next day. And if people know that, as soon as the line comes up they’re going to take the lead on that game and move the line before we can bet it and we’re going to get a worse number.

“And the other reason is, if you’re a really big bettor, part of your job is to protect the bookie. They need to make money. So they’ll let you make money, but if you let everybody come out there and bomb all their lines, you’re going to kill the books, and you need the books or else you have nowhere to bet.”

Has the gap narrowed between the sharps and the public?

While there will always be casual bettors who throw money around because they want to back their favorite team or they just want to have a sweat on a game, in this age of information, an amateur sports bettor who’s willing to put in a little time can make smarter decisions than ever at the betting window.

“The public is obviously much more well educated now than they were 10, 15, 20 years ago,” Rood says. “They understand matchups better, they understand that the game isn’t necessarily always driven by offensive statistics. I think fantasy football has done a lot for the general public as far as their education into understanding the point spread and the power of the point spread.”

But a bookmaker still has his public teams, for which he has to set a line that factors in how the casual bettor will wager. Teams like the Cowboys, Packers, Yankees, Lakers — the lines will often be a little less favorable to bettors who want to back those teams.

The bookmaker can’t lose sight of the smart bettor, however, when he posts those lines.

“The sharps understand that sometimes the books get pushed by the public,” Rood says. “The art is to, if the public opinion is strong one way, lay the worst possible number [for the public bettor] and not give the value away to the sharps on the other side.”