COVID-19 has put an urgency on states generating tax revenue. Currently available only in three states, iGaming could be one such stream. 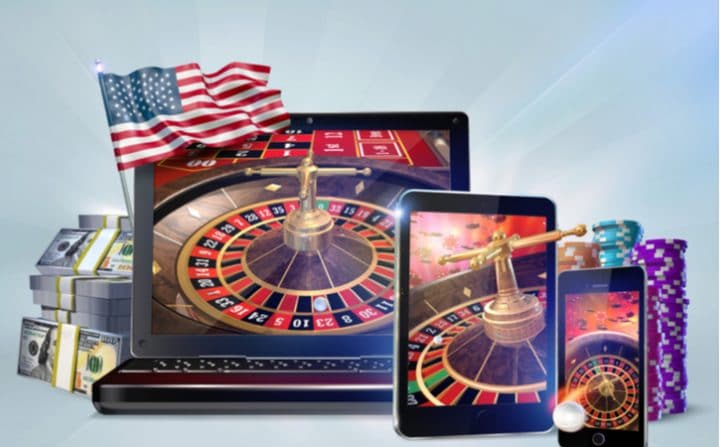 It is a simple four-word sentence, but rarely has it taken on more importance for state governments than at this moment. With budgets cratered due to the COVID-19 pandemic, statehouses are looking anywhere and everywhere for ways to address their respective shortfalls.

For example, the state of Illinois passed a $40 billion budget last weekend that overhauled tax rates for a potential casino in downtown Chicago, but state lawmakers are still counting on an estimated $5 billion in federal funds that can be repaid in addition to $3.5 billion in aid already received. The legalization of sports betting that came when Gov. J.B. Pritzker signed a gaming expansion bill into law last June never had a chance to produce any sort of tax revenue windfall — BetRivers Sportsbook was closed due to the pandemic within one week of its opening in March.

That could change in the second half of the year as social distancing measures are eased and sportsbooks reopen along with casinos across the country. One thing that has stood out over the last two-plus months, though, has been the ability of states that have legal iGaming and remote sports betting to at least generate some revenue — even if it is only a fraction of what would be normal. Going forward, both will be vital as sports betting continues to expand on a state-by-state basis and possibly brings the online casinos in tow.

The COVID-19 pandemic closed retail casinos in 43 states across the nation, also shuttering sportsbooks. Only three states — the “triangle” of New Jersey, Pennsylvania, and Delaware — offer legal iGaming that covers slots, table games, and poker. The iDevelopment and Economic Association (iDEA) noted these neighboring states generated a combined $213 million in revenue and $84 million in taxes among them in the months of March and April.

Pennsylvania, New Jersey and Delaware are reaping the rewards for regulated online gambling markets during the shutdown https://t.co/VBOmZEWcyT

That 51% increase compared to iGaming in January and February, when the states collected $141 million in revenue, helped offset the 76% drop in land-based casino revenue, which checked in at $264 million in March and April compared to $1.1 billion in the first two months of 2020.

“The U.S. casino industry is one of the only businesses left out of the online economy. With the coronavirus shuttering brick-and-mortar casinos across the country, only three states have been able to pivot online and provide relief for the industry and much-needed tax revenue,” said Jeff Ifrah, founder and general counsel of iDEA.

It should be noted that New Jersey and Pennsylvania are among the most mature markets nationwide when it comes to remote sports wagering. The Keystone State is making inroads on its eastern neighbor, gaining ground in revenue comparisons for both sports betting and iGaming, with the latter offering more potential given Pennsylvania’s larger population and still relative novelty.

Will others join the party?

Among the states that have already legalized sports betting, Michigan appears best poised to add iGaming to its offerings, though it is uncertain if it will be available before the year is out. The Great Lakes State suffered a similar fate as Illinois with regards to sports betting, with sportsbooks open just five days in March before being shut down.

While iGaming did not go live immediately in Michigan, it was legalized as part of the December sports betting bill Gov. Gretchen Whitmer signed into law. Outgoing state Rep. Brandt Iden, long the driving force of sports betting and iGaming in Michigan, has been encouraging the state’s gaming control board to fast-track the process. With a state population larger than New Jersey’s, Michigan has the potential to gain some helpful revenue from iGaming, depending on its turnaround time.

“The world of commerce is evolving and the gaming industry must be able to adapt and become an even more dynamic economic engine for states that have embraced it,” said Jeremy Kleiman, one of iDEA’s founding members. “As we look to the future, it is vital for state policymakers to remove legislative roadblocks and allow casinos to modernize.”

Beyond Michigan, it would appear the states with remote registration for sports betting — namely Indiana and Colorado — would be best positioned for iGames. The Hoosier State has taken to sports wagering quickly since launching last September — its overall handle this year through April is more than $875 million while generating more than $11 million in tax revenue since taking its first wager. Factor in Michigan’s expected start of iGaming along with the need to stay competitive with Illinois in casino gaming on the whole, and Indiana could develop an appetite for online casinos as well.

Colorado entered the legalized sports betting fray earlier this month. Opening under such difficult conditions, however, means it is near impossible to get a peg on what the gambling market looks like across its casinos situated in Cripple Creek, Central City, and Black Hawk. It may be a long game for the Centennial State to get involved in iGaming, but like Indiana, Colorado has a nimble regulatory body that could prove vital for expanding into that area.