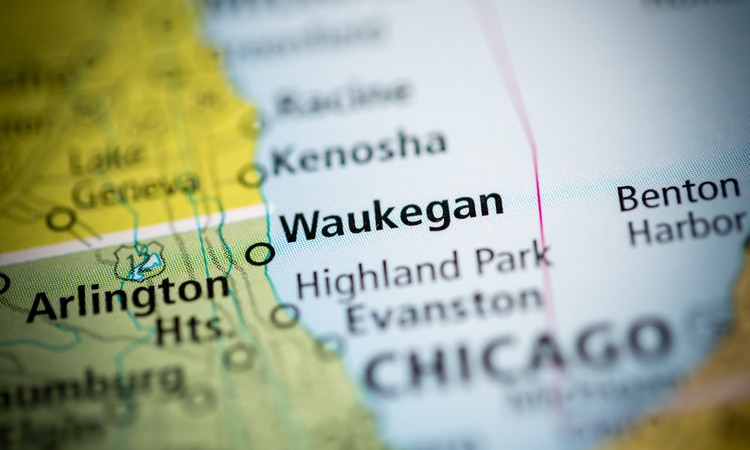 The Illinois Gaming Board delayed a vote on awarding the casino license for the city of Waukegan on Thursday to allow a federal court filing by the Forest County Potawatomi Community — a rejected bidder for the license that alleged the city’s process was “rigged” — to be settled.

The tribe filed a memorandum of opposition to Waukegan’s motion for a summary judgment concerning the tribe’s previously filed lawsuit. The suit alleges former mayor Sam Cunningham directed the city council to exclude the Waukegan Potawatomi Casino bid as a finalist to be submitted to the IGB for consideration.

In the filing, attorneys for the tribe cited the following sworn testimony from Alderperson Keith Turner: “… as the mayor entered, he came by, he had to pass by my chair, and he said to me, these are the three that we want to send to Springfield. Right. And that was what the vote was going to be. Right. Put those three down there.”

The Forest County Potawatomi Community claimed Cunningham’s “secret directive was the culmination of a rigged process” and that “the City’s casino review process discriminated against plaintiff Potawatomi without any rational basis, disregarded the requirements of the gaming expansion law, and violated both the letter and the spirit of the Illinois Open Meetings Act.”

Attorneys for both sides are scheduled to meet for a settlement conference Nov. 30.

The wait continues for Waukegan

The city of Waukegan forwarded to the IGB for consideration the bids by Full House Resorts, North Point Casino, and a joint bid from Rush Street Gaming and Churchill Downs Inc. The process encountered previous delays due to the COVID-19 pandemic and the IGB’s need to procure a financial analyst to review the bids presented as required by state law.

Churchill Downs and Rush Street withdrew their bid in late September, one day after Churchill Downs entered an agreement to sell the land where Arlington International Racecourse is located in Arlington Heights to the Chicago Bears for $196.2 million.

Full House Resorts and North Point Casino made their respective presentations last month, offering drastically different visions for the casino they wish to build in northeastern Illinois, approximately one hour from Chicago and less than 30 minutes from the Wisconsin state line.

After losing out Wednesday night to CDI for the Vigo County casino license in neighboring Indiana, Full House could be viewed in a different light with the additional time since it no longer has multiple bids in multiple jurisdictions being considered.

There is no timetable for the IGB to reach a decision, and its next scheduled meeting is Dec. 8. It also is in the deliberation process for determining a winner for the suburban Cook County license between Wind Creek and South Suburban Development, which is on track for a decision no later than January.

Both licenses were among six created for Illinois after Gov. JB Pritzker signed a massive gaming expansion bill in June 2019 that also legalized sports wagering in the state.