Illinois Casino And VGT Revenue Bounces Back In February 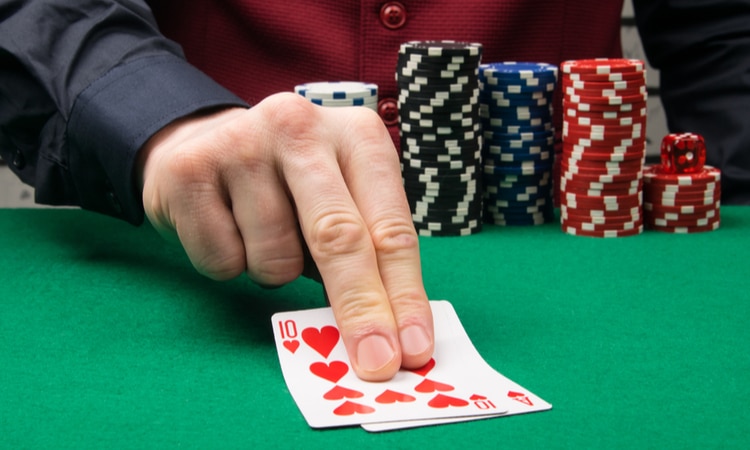 After an unexpectedly soft start to the year, revenue generated by casinos and video gaming terminals across Illinois bounced back slightly in February, but still fell short of late 2021 numbers, according to figures released by the Illinois Gaming Board.

Revenue from both gaming disciplines, however, showed year-over-year improvement, as the state continued to deal with the effects of the COVID-19 pandemic in early 2021. Casino revenue increased nearly 20% compared to February 2021, while VGT net terminal income rose 17.8%.

The state received $11.5 million in tax receipts from casino revenue and $58.6 million from VGT revenue. Sports wagering revenue and tax figures for February are not available, as reporting deadlines for sportsbook operators are different.

There were two positive signs for casino operators in Illinois in February. With nearly 610,000 admissions reported, attendance picked up by 6.6% compared to January. Additionally, the average revenue per admission ticked higher to $163.71, an increase of more than $10, or 6.7%.

Table games revenue was practically flat at $21.6 million, with Rivers Casino in Des Plaines outside of Chicago again accounting for more than half of that total with nearly $11.4 million. That figure, however, was down 5.7% from the nearly $12.1 million generated in January.

Harrah’s Joliet backfilled that shortfall and added a little extra with a 63.7% increase to nearly $1.8 million from its table games, a gain of nearly $700,000 from January. Grand Victoria Casino in Elgin was the only other venue to account for more than 10% of the state’s table games revenue, totaling $2.4 million.

On the slots and electronic gaming device side, Rivers reported a revenue increase of 15.8% month-over-month to more than $20.4 million. The improvement of $2.8 million accounted for nearly half of the $5.7 million rise in overall EGD revenue in February to $72 million.

Rivers was again the only venue to report more than $10 million in EGD revenue, with Grand Victoria finishing less than $128,000 shy of eight figures. Hard Rock’s temporary venue in Rockford, which is exclusively slots and EGD play, reported a 7.7% increase from January to $3.6 million as admissions surged more than 15% higher to over 28,000.

There were 7,840 establishments offering VGT play in February, an increase of 56 compared to January. The 42,061 machines in play for the month were 404 more than the previous month and 3,658 more compared to a year ago.

More than $2.4 billion worth of games were played, an increase of more than $801 million compared to January. Funds in, the amount of money people put into the machines to wager, totaled close to $788 million, representing a 3.4% increase from the previous month and 19.6% higher than February 2021. The percentage of funds in to amount played was practically unchanged from January at 32.5%.

Local municipalities received $10.1 million in tax receipts for February, and their share of close to $19.9 million through the first two months of 2022 is running 57.6% ahead of last year’s pace.

Danville is one step closer to getting a casino https://t.co/VhYDgT8JwZ

Danville, which was one of six locations approved for a casino license in the 2019 gaming expansion bill that also legalized sports wagering in Illinois, was deemed “preliminary suitable” by the state gaming board to receive a casino license at last week’s meeting.

The city, located 150 miles south of Chicago, has teamed with New York-based Wilmorite Management Group, which will run the Golden Nugget Danville. It’s the second casino partner for Danville, with a previous application from Haven Gaming withdrawn in July 2020 after the IGB found it to be incomplete and missing pertinent information.

The Golden Nugget Danville is expected to have more than 40,000 square feet of gaming space and more than 500 gaming positions. It will also face competition just across the state line from Indiana, where Churchill Downs Inc. is in the early stages of constructing a venue in Terre Haute.

Danville is the last of the non-downtown Chicago locations to be deemed preliminary suitable, as Rockford, Williamson County, Waukegan, and south suburban Cook County have all taken this step. Of the five, Rockford is the furthest along, as Hard Rock opened a temporary venue there last November. Meanwhile, Full House Resorts is on track to open its temporary casino in Waukegan this summer.

Chicago Mayor Lori Lightfoot is expected in the spring to narrow down to two the city’s choice for a downtown casino from among five bids submitted.