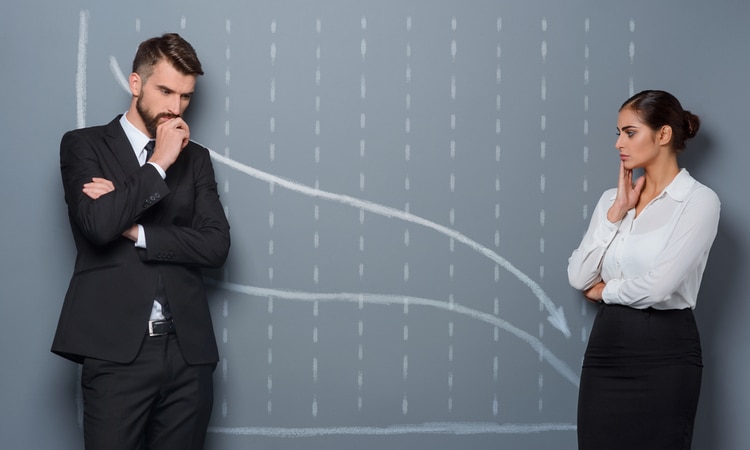 A notable drop in January attendance contributed to a sharp month-over-month falloff in casino revenue in Illinois as the state’s gaming board reported $87.8 million in adjusted gross revenue.

The total represented a 25.1% drop versus December’s revenue figure of $109.8 million and ended a streak of 10 straight months of at least $100 million in revenue generated. It was the lowest total since the Illinois Gaming Board reported revenue totaling $78 million last February. Casino revenue does not include sports betting figures as those are reported under a different set of deadlines per state regulations.

Because casinos were operating under limited capacity last January due to COVID-19 mitigation measures, this year’s figure was more than three times higher than the $26.3 million generated in 2021. It was 12.8% lower, however, than the $100.7 million reported in January 2020. Illinois has 11 casinos and no online casino gaming since video game terminals (VGTs) dominate the state landscape.

Where did the people go?

Weather had a small contribution to the decline in attendance with two significant days of snowfall late in the month, but all 11 venues reported month-over-month drops in patronage. Overall, attendance lagged 21.3% compared to December as 571,882 admissions were reported compared to 726,780 for the final month of December.

Some of the novelty of Hard Rock’s temporary casino in Rockford may have worn off as the slots-exclusive venue had a 38.1% dip in attendance. Seven venues in all had double-digit percentage dips in attendance, with Rivers Casino in Des Plaines — the bell cow of gaming revenue in the state — itself absorbing a 36.6% drop.

Rivers, though, did account for slightly more than one-third of the state’s overall revenue with $29.7 million. It accounted for more than half the $21.5 million in revenue generated via table games, with close to $12.1 million. Only four other venues surpassed $1 million in that category. Grand Victoria Casino in Elgin, which was a distant second in table games revenue at $2.5 million, was the only other casino to have more than 10% of its overall revenue originate from table games in January.

On the EGD/slots side, Rivers’ revenue haul of $17.6 million was more than double its closest peer as Grand Victoria finished second with $8.6 million and Harrah’s Joliet was third with nearly $8.5 million. Grand Victoria was also the lone venue outside Rivers to post an eight-figure revenue total in January with close to $11.1 million, while Harrah’s in Joliet took the final podium spot with nearly $9.6 million.

VGTs not immune to the downturn

The quiet engine of Illinois gaming revenue, video gaming terminals (VGTs), also sputtered out of the gate to start the new year in comparison to the close of 2021. The net terminal income of close to $195.5 million represented a 9.8% drop compared to December’s total of $216.8 million.

Similar to casino revenue in terms of a year-over-year comparison, the totals were notably higher than in January 2021. The first month of VGT play last year generated $80.8 million in net terminal income, resulting in $23.4 million for state tax coffers. Illinois raised $717.7 million in state taxes from VGT play in 2021, nearly triple that of casino revenue.