Illinois Casino And VGT Revenue Bounce Back Strongly In March

No masks and March Madness were winning combo for Illinois casinos 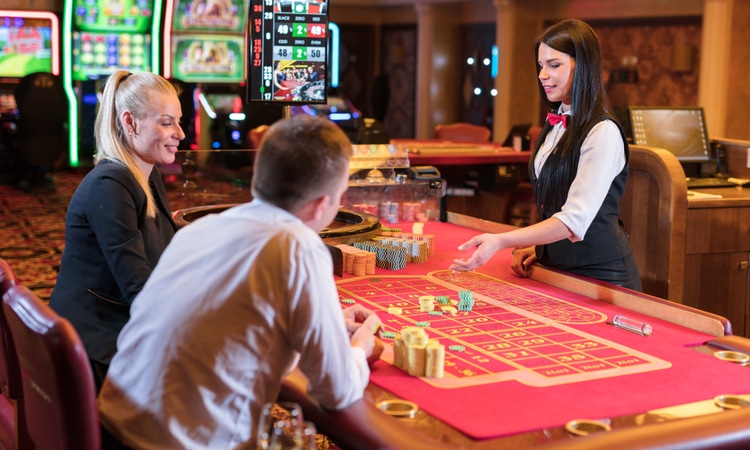 Casino revenue in the state of Illinois reached nine figures in March for the first time in 2022, as its 11 venues combined to generate more than $119 million in adjusted operator revenue, according to figures released by the Illinois Gaming Board.

The new year saw a slow start for casinos in the Prairie State, with January’s revenue coming in at just $87.8 million before bumping up slightly to $93.6 million for February. But a month-over-month surge in attendance that saw nearly 180,000 more admissions — partially attributable to the state’s mask mandate ending in response to improved COVID-19 conditions, as well as some secondary NCAA Tournament traffic from retail sportsbooks — contributed to a 27.3% increase in revenue that was also aided by three extra days of wagering compared to February.

Year-over-year, March’s revenue figure was 12.8% higher than the $105.7 million claimed by operators in 2021. Through the first three months of this year, casino revenue excluding sports wagering has totaled $300.5 million — 43.2% higher versus the first quarter of 2021. The state collected $17.6 million in tax receipts for March, and its three-month total of $39 million is currently $13.7 million ahead of last year’s pace.

Sports wagering in Illinois generated $101.8 million in adjusted revenue and $15.2 million in state tax receipts during the first two months of the year. Sports betting operators have different submission deadlines for revenue reports, and March’s numbers have yet to be released.

Located just outside Chicago’s city limits, Rivers Casino in Des Plaines reported more than 235,000 admissions for March, an increase of more than 80,000 from February. The result was the Rush Street Gaming-run venue generating more than $44 million in revenue, a 38.5% increase from February.

Rivers accounted for 55.5% of the nearly $29 million in table games revenue from the 10 locations offering that type of action, with its $16.1 million representing a 41.3% month-over-month upswing. And Rivers’ table games rate of $68.27 per admission was nearly double the state average of $36.75.

Grand Victoria Casino in Elgin was the only other venue to generate more than 10% of the state’s overall revenue from table games, with its $3.2 million accounting for nearly 11% of the total. It and Harrah’s Joliet were the only two other casinos to better the state average of table games revenue per admission at $38.62 and $38.30, respectively.

Table games revenue averaged more than $24 million in the first three months of the year, with the $72 million total nearly $20 million ahead of 2021’s total.

The state’s 11 venues that offer electronic gaming and slots combined to generate nearly $90.2 million in operator revenue, an increase of 25.2% from February. Rivers again paced all operators with just shy of $28 million and was one of three operators to reach eight figures, along with Grand Victoria ($11 million) and Harrah’s Joliet ($10.3 million).

Illinois’ 42,000-plus video gaming terminals (VGTs) statewide outside Chicago — where the machines are forbidden by city ordinance — also provided a huge boost to state coffers, as they generated just shy of $250 million in Net Terminal Income for March. It was a 23.5% increase from February’s NTI of $202.1 million, aided by a sharp rise in “funds in” — the amount of money entered by patrons playing at the 7,917 establishments.

Funds in totaled $973.3 million, an increase of 23.5% from February and a 2.3% uptick from March 2021, when $246.6 million in NTI was reported. The state received close to $72.4 million in tax receipts from VGT play this year, with local municipalities claiming an additional $12.5 million.