Illinois Gov. J. B. Pritzker has the gambling expansion package on his desk, which includes the legalization of sports wagering. 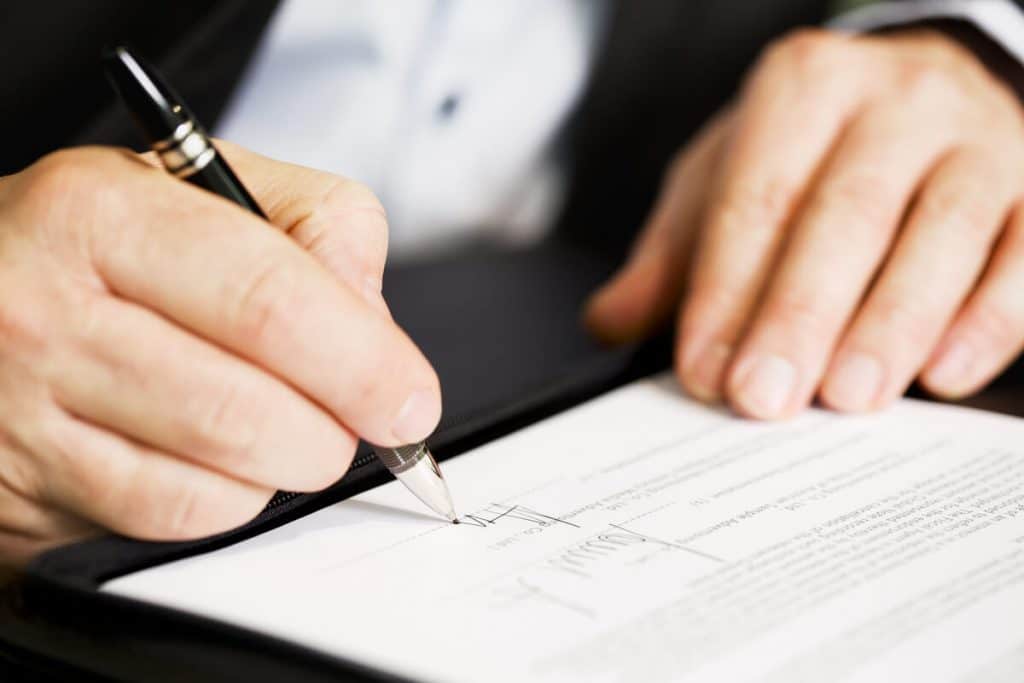 Procedure is proceeding in Illinois.

On Wednesday, a massive gambling package that includes the legalization of sports wagering was sent to Gov. J. B. Pritzker for his stamp of approval. It’s a near certainty that he will sign, as he pushed for sports wagering earlier this year. Against all odds, the legislature was able to reach the end zone over the weekend. It was double-overtime for Illinois lawmakers, and they were able to pass a gambling package that was years in the making. The bill also allows for additional brick-and-mortar casinos, including a long-awaited Las Vegas-style property in Chicago.

The bill passed both legislative chambers on June 2, and it hit the governor’s desk three days later. He has two months to sign the measure, but it’s unlikely he takes anywhere close to that much time.

The bill is far from perfect and contains several controversial provisions and some lofty taxes and fees, but once Pritzker inks it, as expected, Illinois does fall into the “legal” category, no small feat. Now for the criticism.

Online/mobile betting was authorized, virtually a no-brainer for any state considering legalizing the activity with the goal of dealing a blow to the offshore, unregulated market. Consider New Jersey, where mobile/online wagering is driving more than 80 percent of all wagers in recent months.

However, sports bettors will have to deal with a pesky in-person registration requirement that will last for 18 months after the industry kicks off. That’s an access problem that’s based on the antiquated, technologically unnecessary notion that requiring a physical presence will lead to more bettor spending. To what extent will that handicap the growth of mobile sports betting apps remains to be seen.

Another ill-conceived part of the bill pertains to college sports. All Illinois college teams will be off the board for state-sanctioned sportsbooks, giving offshore and underground bookies plenty of demand to carry on their business relationships with Illinois residents. The gaming industry will miss out on capturing quite a bit of revenue that would be available during college football season — at a 15% tax rate on sports betting gross revenue.

Furthermore, the sports leagues led by Major League Baseball and the National Basketball Association scored a victory with the Illinois bill. They didn’t get their long-sought “integrity fee” or “royalty,” but they did secure provisions mandating that Illinois sportsbooks use “official league data” for in-game wagers. While pre-game wagering is still tops in the U.S., live betting is growing and considered to be a major growth area for the sports betting industry over the coming years. (For an explanation as to why official league data is problematic, read this Sports Handle article.)

Meanwhile, the NBA and MLB have both put some Nevada sportsbooks on notice that if they want access to official league data, they will have to strike a separate agreement paying the leagues some percentage of handle or an undisclosed flat-fee on top of what they’re paying to the data distributor.

DraftKings took one on the chin with the final version of the bill includes an 18-month so-called “penalty box” period for both the Boston-based DraftKings and the New York-based FanDuel. It appears that they can still do business in the state during the 18-month period. They just can’t utilize their prominent brands.

The reasoning was that their gateway product, daily fantasy sports, which gives DK and FD a built-in advantage for the Illinois sports betting market, was legally questionable. In 2015, Illinois’ attorney general found DFS to be illegal gambling, while the companies continued to operate in the state. DK and FD were labeled as “bad actors.”

But DK and FD, along with other similar companies, can seek an online-only license after the 18-month period, at a cost of $20 mm. There will be three online-only licenses available, and DraftKings’ CEO Jason  Robins seems to be assuming DK already has one. Time will tell.

While it is good to see sports betting bills passed, excluding DraftKings and FanDuel is like passing a ride sharing bill that excludes Uber and Lyft. Very disappointing that Illinois customers will not have the best options available to them for 18 months.

In a way, the DFS juggernauts should be grateful for the opportunity to offer sports betting untethered to a b&m facility. That’s not an option in New Jersey, for example. They will just have to wait on the sidelines for a year and a half. A previous plan called for a three-year penalty box.

Sports betting operators in Illinois, which can include the casinos, racetracks, and sports venues, can launch gambling as soon as they are licensed and the state puts regulations in place. There’s no way to circumvent the penalty box, as DK and FD won’t be able to use their brands even in partnership with one of Illinois’ brick-and-mortar gambling facilities. Online/mobile sportsbooks must have the same branding as the brick-and-stick sportsbook, according to the 800-plus-page bill.

‘Gambling capital of the Midwest’?

Sports betting arguably received most of the attention among the provisions in the gambling package, but that doesn’t mean the rest of the bill isn’t extraordinary. The gambling package has caused some to label the state the upcoming “gambling capital of the Midwest.”

That might not be an overstatement. It’s safe to say that Illinois saw what Indiana accomplished earlier this year with its own gambling expansion package, which included new casinos and sports betting.

The Illinois bill allows for 16 casinos, up from 10 that exist currently. Racetracks in the state are allowed to get slots and table games, potentially creating five racinos. Additionally, the state lottery would be allowed to venture into sports betting, with potentially 5k locations statewide with sports betting kiosks. Seven of the state’s sports venues could also have sports gambling.

Furthermore, the legislation allows for Chicago’s airports, O’Hare and Midway, to have gambling in the form of gambling machines. The bill also would allow the number of video gambling establishments, which are controversial in Illinois, to increase to more than 7k. Those locations include bars and restaurants. Video gambling establishments are allowed to increase maximum bet sizes and jackpots under the gambling package, which could further encroach on the casinos’ turf.

Time will tell how the myriad of components of the gambling legislation will ultimately play out, which ones are beneficial to the state and which ones are less than ideal. It is safe to say that sports betting provided the nudge to make Illinois finally bite on historic reform/expansion of its gambling industry.

There’s a lot for stakeholders to like and dislike.