As Illinois moves closer to having sports betting, a provision that allows for the creation of a sports lottery has yet to find any takers. 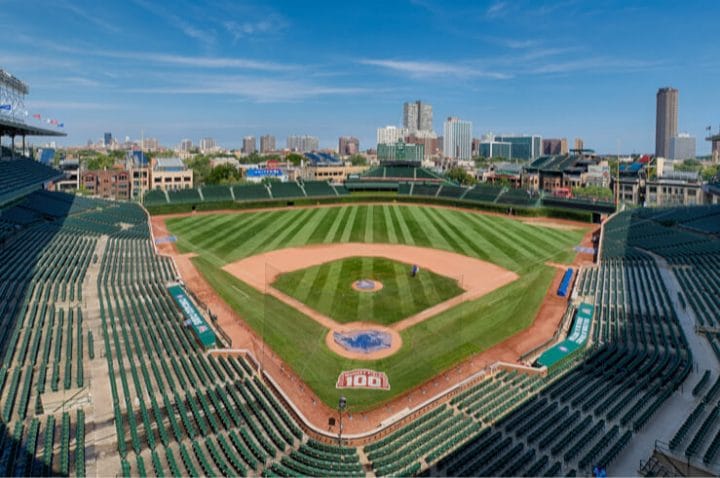 Tucked in near the middle of Illinois Senate Bill 690, an 816-page measure that legalized sports betting in the state this summer, is a six-page section devoted to creation of a pilot program that could bring a sports lottery to the Land of Lincoln.

It appears the Illinois Lottery has yet to put out a Request for Proposal, inviting potential operators to bid. Illinois Lottery Communications Director Jason Schaumburg confirmed in an email exchange this month that “no applications have been solicited or received.” Similar to Delaware, the sports lottery in Illinois would be parlay only: Bettors have to pick multiple games and be correct on each in order to receive a payout.

The program would last until Jan. 1, 2024, after beginning with an initial maximum of 2,500 kiosks throughout the state in the first year and an additional 2,500 more in the second. There are no restrictions on the placement of kiosks, which means they could conceivably be placed at sports venues provided they are issued to a licensed Illinois Lottery retailer. The new law in Illinois allows for sportsbooks at major professional sports venues. There have also been no determinations on the allocations of the kiosks in terms of both number and geographical dispersion.

One potential hurdle to overcome given the finite period of the program is the license fee, which is $20 mm. The Illinois Lottery has yet to set specifications for how it would collect the fee, which could involve collecting the entire $20 mm with the granting of the license, arranging payments in installments, or letting an applicant apply revenues toward the license fee during the duration of the program.

Similar to the sports betting bill, it would be illegal to make picks involving Illinois colleges and universities. That would rule out bets on Big Ten members Illinois and Northwestern, and Northern Illinois in the Mid-American Conference for football at the FBS level, as well as four FCS schools. For Division I basketball, that list expands to 13 schools across eight conferences, including 2018 NCAA Tournament Final Four participant Loyola in the Missouri Valley Conference and DePaul in the Big East.

The Illinois Lottery Control Board does not meet again until Jan. 29, 2020 but it is possible there may be traction in this area following Thursday’s Illinois Gaming Board meeting. Applications for sports betting licenses were made available for casinos, horse racing tracks, and large sporting venues, with a license fee of $10 mm for sports venues and a sliding scale for casinos and racetracks. That could provide a path where interest in the sports lottery picks up.

Schaumburg said the “Lottery and IGB are in regular communication with each other. The Lottery monitors the progress IGB is making in implementing its sports betting program. The Lottery and IGB have shared information when requested and as permitted by law, and we anticipate that cooperation will continue as both entities move forward in launching sports betting in Illinois.”