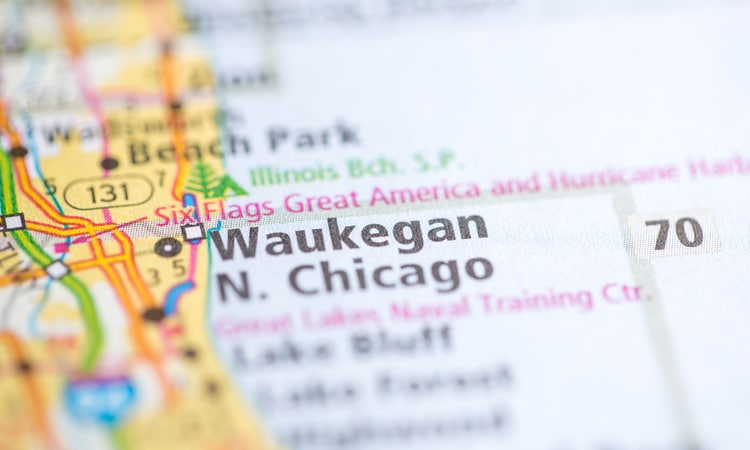 The Illinois Gaming Board on Wednesday voted forward Full House Resorts and Wind Creek as the final applicants for the casino licenses available in Waukegan and suburban Cook County, respectively.

The process to get to this point for these two licenses has moved at a slower pace than the other four created by the 2019 gaming expansion bill Illinois Gov. JB Pritzker signed into law in June 2019 that also legalized sports wagering. The COVID-19 pandemic was one factor, but local laws involving the bidding process that required the IGB to procure a financial analyst to review the finalists also contributed to the more lengthy process.

Full House Resorts advanced via unanimous 4-0 vote from the board, rendering a vote on fellow finalist North Point Casino moot. Full House Resorts, which has settled on American Place as the name of the potential casino in the northeast part of the state, was also deemed “preliminarily suitable” by the IGB, a step that allows it to began logistical maneuvering toward beginning construction and other plans.

The city believes the Illinois Gaming Board made the correct decision today by taking steps toward giving Full House the Waukegan casino license,” Waukegan Mayor Ann Taylor said in a statement emailed to US Bets. “We are looking forward to fruitful and forward-looking conversations with Full House to ensure that we have a responsible and transparent relationship with open lines of communication. We want the casino to serve as an economic engine for the city, and we feel confident Full House is committed to this.

Wind Creek advanced by unanimous vote after a proposal from South Suburban Development was voted down. Wind Creek was also deemed “preliminarily suitable” by the board for its plans to build in the south suburbs of Cook County in an area straddling Hazel Crest and Homewood.

“Wind Creek Illinois is honored to have been found preliminarily suitable for the south suburban casino license by the Illinois Gaming Board today,” Wind Creek Hospitality President and CEO Jay Dorris said in a statement. “Throughout this process, we have reiterated the belief that we offer the best location in and for the south suburban region — and will deliver on our commitments to job creation, community and economic investment, sustained operational excellence, and a strong commitment to diversity and inclusion in all phases of construction and operation.

“We plan to open the facility in 2023 and look forward to expanding our network of relationships in the Southland, working closely with leaders, organizations, and residents to ensure that the benefits associated with this project are felt by the entire region.”

While both finalists moved forward, there are still potential legal issues involving the Waukegan casino license. The IGB was able to vote Full House Resorts forward after a Cook County judge denied the Forest County Potawatomi Community a temporary restraining order against the state agency Tuesday.

The Potawatomi, who were not among the three finalists forwarded to the IGB for the Waukegan license, filed a federal lawsuit against the city of Waukegan claiming the selection was “rigged” and are currently awaiting a date for a second federal mediation session with the city.

Walker’s Bluff became the second casino to break ground on a site among the six locations granted a casino license in the 2019 bill as shovels met dirt in Williamson County on Wednesday. Walker’s Bluff was found “preliminarily suitable” in June and received IGB approval to its amended casino application in October to bypass constructing a temporary casino and begin building the permanent one with a target opening date of March 2023.

“I was proud to work with the General Assembly to expand gaming and bring jobs and economic opportunity to southern Illinois. Walker’s Bluff was already a popular attraction, bringing in tourists and business meetings from across the region. Now with the addition of hundreds of slot machines and game tables, and an on-site hotel, this expansion will bring in even more visitors to take advantage of the beauty and hospitality of southern Illinois,” Pritzker said at the groundbreaking ceremony. “That also means more opportunity for working families across the region — creating 1,100 construction jobs and 330 permanent roles at the resort.”

The Walker’s Bluff Casino and Resort will have a 116-room hotel, 650 slot machines, and 20 table games. It also will have a retail sportsbook, but it is uncertain if Elite Casino will run sportsbook operations in-house for both retail and mobile for the Williamson County venue similar to its holdings in Iowa.

Of the six locations to be granted casino licenses in the 2019 bill, Rockford is the furthest along, as Hard Rock opened a temporary casino last month. Danville’s application, which would have Golden Nugget as its casino brand, is currently being reviewed by the IGB. The city of Chicago is currently reviewing five proposals — two each submitted by Rush Street and Bally’s and one by Hard Rock — for a downtown venue, and public presentations are scheduled for next week.

😂 Wouldn’t want to depend on this book paying out in a timely fashion https://t.co/Efbss1FP1e

During his comments, IGB Administrator Marcus Fruchter noted the state had received three applications for the state’s three online-only sports wagering licenses — costing $20 million each — prior to the Dec. 3 deadline, with applicants having been given 120 days from the release of the application on Aug. 5. While the applicants will not be disclosed to the public by the IGB until they are either approved or denied, Fruchter did note a fourth potential applicant was disqualified from consideration because the application was received in an “untimely” fashion at 12:13 a.m. local time on Dec. 4.