Man vs machine? Machine wins, according to tech company CEO 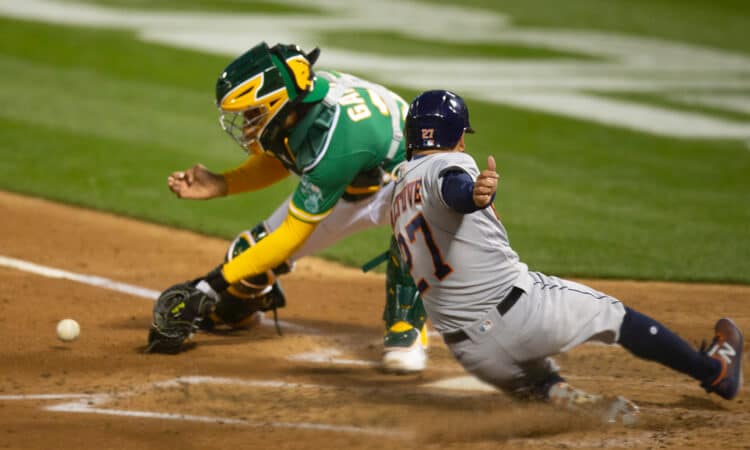 The opening of the Major League Baseball season three weeks ago has been welcomed by Simplebet, a business-to-business sports betting technology company that has investors betting that when it comes to competition in the industry, speed kills.

Sports bettors who enjoy making dozens of microbets per game via live, or “in-play,” gambling, know well the frustration of rushing to see a team or player’s latest odds and clicking to make the bet, only to see the dreaded word “SUSPENDED” come up over the virtual betting slip because the odds have changed in the few seconds it takes to process the wager.

That’s where Simplebet, founded in 2018, has come in — and cut deals with MLB as well as with sports betting operators PointsBet and Intralot.

Company CEO Chris Bevilacqua — a former MLB executive and founder of what is now known as the CBS Sports Network cable channel — said its product is simply a case of “machine beating man.”

While many sports betting apps rely on human input in making assessments of what change in odds is required, Simplebet instead relies on “machine learning” to determine that change.

Simplebet also handles sports such as football and basketball, but Bevilacqua told US Bets that in the case of baseball, its “secret sauce” was MLB turning over 10 years of historical data on play-by-play outcomes. That database — of nearly 5 million pitches and 1 million at-bats — enabled SimpleBet to have every base covered, so to speak, when it comes to odds adjustments.

“Other [apps] don’t have that level of automation, and doing this with human intervention is just hard to do,” Bevilacqua said.

In-play is the future, investors believe

“It is our firm belief that the predominant way that people bet, and will bet, on sports is by microbetting” dozens of times in the course of watching a ballgame, Bevilacqua said.

And after demonstrating the product to numerous investors, Simplebet recently raised $15 million in funding beyond the previous $35 million that had been raised. Former MGM Resorts CEO Jim Murren and ex-NFL executive Joe Banner are among the new investors, the company disclosed.

The funding is expected to enable Simplebet to launch its newest innovation, called “Scripts,” that allows users to script in-game micro-occurrences that may be correlated. For example, the company notes, during NFL games users will not just be able to bet that the next drive will result in a touchdown, but also to predict, for example, that it will result in a touchdown in fewer than three plays off a completed pass.

“You can have Aaron Judge up at the plate, and you bet that he’ll hit the third pitch to right field for a home run of 400-plus feet,” Bevilacqua said. “Maybe you bet $10 to win $10,000 or so. There are literally tens of thousands of betting opportunities.”

The latest funding round appears to have been boosted by Intralot’s use two months ago of Simplebet for wagering on the Super Bowl in Intralot-approved jurisdictions of Montana and Washington, D.C. Bevilacqua has estimated that about one-quarter of all Intralot’s play in NFL bets in January in Montana and D.C. were made via Simplebet.

The MLB-Simplebet partnership involves a free-to-play app called “Rally,” where users are able to make live predictions for every pitch and every at-bat, earning points and competing against other fans for daily prizes. (The app is said to be “presented by BetMGM.”)

“Every at-bat presents a unique opportunity to generate fan engagement and drive longer watch times, which is beneficial for operators, media partners, and fans alike,” Bevilacqua said in a statement when that agreement was announced.

Simplebet and FanDuel last fall launched a free-to-play model for the NFL called “PlayAction” that attracted more than 100,000 unique users to place about 8 million “bets” during the season. The same model is currently being used for a game called NBA InPlay.