The Indiana House of Representatives is set to consider an omnibus gambling expansion bill that includes sports betting, but hurdles remain. 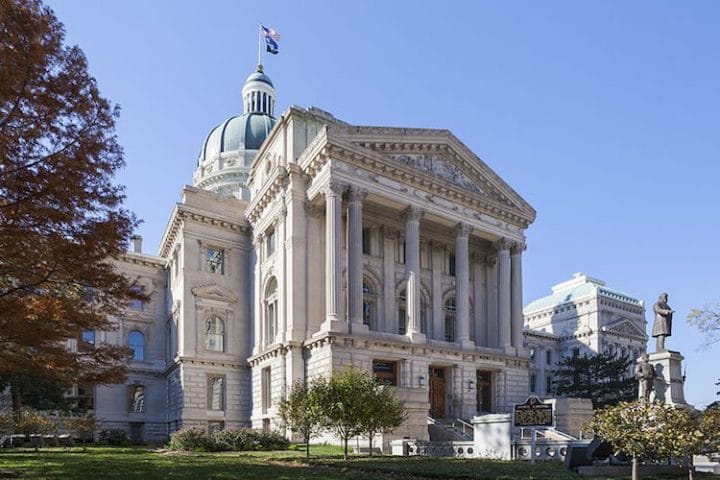 The legalization of sports betting in the Hoosier State is far from a guarantee in 2019. It may even be a significant underdog at this stage in the game.

An omnibus gambling expansion bill cleared the Indiana Senate last week, but its prospects in the House are very much unclear, state Rep. Todd Huston told US Bets on Monday.

The Republican lawmaker is spearheading the measure for its potential House run, ahead of a legislative session that is slated to expire in late April. It’s essentially the halfway mark right now in the session. Huston is Deputy Speaker Pro Tempore, which puts him among party leadership in the chamber.

“We are just now getting back and looking at Senate bills,” Huston said. “We’ll have to talk to the caucus. There are a lot of issues in SB 552. We’ll give it serious consideration. Right now, it’s too early to give you a good prognostication on it.”

There’s potentially a lot on the line. A 2017 sports betting study from the primary lobbying arm of the commercial casino industry projected that an Indiana sports betting market with convenient mobile wagering could see more than $5 billion in annual wagers and generate more than $370 million in taxable gaming revenue.

With a population of nearly seven million, Indiana’s market could grow to be larger than Nevada’s, but it’s fair to be skeptical of that projection.

When asked if the sports betting component of the bill is non-controversial (other components of it very much are), Huston said that it’s unclear whether even those provisions are attractive to House lawmakers. Huston pointed out that there was a stand-alone sports betting bill in the House, House Bill 1363, but it didn’t gain any traction after introduction in mid-January.

SB 552 would allow mobile wagering statewide, and while Huston is a believer in the need for the new casino offering to be state of the art, he isn’t sure other members of the Republican caucus are interested in wagering outside of brick-and-mortar facilities.

“My personal opinion is that mobile makes the most sense,” Huston said. “I think there are members of my caucus that have reservations on that.”

Sports betting aside, the legislation would trigger a complex web of changes to the state’s gambling market, and that will be a tall hurdle that the legislation has to clear. Republican state Sen. Mark Messmer, one of the original sponsors of the bill, told the Indiana Senate last week that the bill is a “once-in-a-generation” piece of legislation. For better or worse, legal sports betting’s fate in 2019 is now tied to the historic gambling bill.

“I think that is going to be the big question,” Huston said of the complexity of the 130-page bill. “Is the House ready to take on a major piece of legislation with all the moving parts? That will be the interesting question over the next two weeks. There’s a lot in this bill. There are a lot of pieces.”

Huston added that Indiana policymakers do not feel pressure from neighboring jurisdictions (Ohio, Kentucky, Illinois, and Michigan) that are considering legalizing sports betting. He said that the House is looking to “get the right piece of legislation for Indiana.”

Other provisions of the bill

In addition to allowing gambling facilities to have retail sportsbooks and allowing operators to offer betting over mobile devices statewide, SB 552 would make the follow notable changes:

Concerns about the legislation have come from Penn National Gaming and Eldorado Resorts. The former has a casino in northwest Indiana, the Ameristar Casino East Chicago, that would likely suffer the brunt of the Gary casino shakeup, while the latter is concerned about the bill’s impact on business to its Tropicana casino in Evansville, located in southwest Indiana.

A state fiscal analysis laid out some of the precise figures.

Penn National (ironically Pennsylvania’s first sportsbook operator) went as far to oppose the bill outright during its time in Senate committees. While representatives from the city of Gary praised the measure for the economic development it could bring, Penn National wasn’t thrilled.

“This is the most massive change since we introduced gaming to Indiana 25 years ago,” a Penn National rep told a Senate committee last month. “It’s a stable market today, and it’s unclear if it will remain so.”

Tucked into the sports betting provisions is a requirement for official league data for in-play bets, which the Casino Association of Indiana has opposed, but there is no indication that such a data provision by itself will undermine the chances of the legislation.

In conclusion, the bill is a mixed bag for many, and that could delay sports betting into 2020. If the state drops the ball in 2019, it will mark back-to-back years of aborted sports betting legislation.