It All Adds Up: New York Enters The Chat In Record-Smashing January For Sports Betting 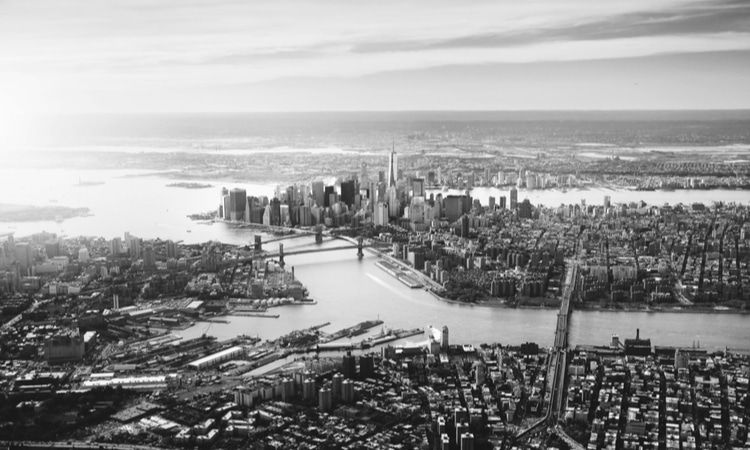 The first clue about how big New York‘s splash into the mobile sports wagering waters would be was a subtle one. It came from the state’s gaming commission, which changed the frequency of its revenue reports from monthly to weekly.

Every Friday there is now a feverish rush among industry media to the New York State Gaming Commission website to see handle and revenue figures whirring in blur-like fashion, similar to old-fashioned pinball machines from the 1950s. The first week, which was actually only a weekend, rang up $171.3 million in betting volume. The first full week: $431.8 million. The second week: $572.6 million.

Yes, launching during the NFL playoffs while having a football-mad city in the state — hello, Bills Mafia! — was a wise calculation, but no one counted on New York bum-rushing the established pecking order for handle in its first month. It ended neighboring New Jersey‘s two-year reign atop the leaderboard and claimed the sports betting “Triple Crown” for highest monthly handle, highest monthly revenue, and highest monthly tax receipts in the post-PASPA era.

By the time Arizona released its report for the opening month of 2022 last Friday, January had been long established as a national monthly record for handle, but the list of states that contributed to the whopping $9.8 billion wagered went well beyond New York.

Nevada, which legalized sports betting in 1949, didn't eclipse $1 billion in bets in a single month until October 2021. New York did it in 16 days.https://t.co/MRSXROZqwA

The biggest factor in New York setting those national monthly records was that operators — delighted to enter such a highly populated state — were willing to do practically anything to land these new customers with promotional offers in hopes of winning their loyalty.

No operator went further than Caesars, with its matching deposit up to $3,000 that was equal parts crazy and genius. Bettors rushed to take advantage of that promotion, generating $627.4 million in handle for it in January, which represented 37.6% of the overall mobile wagers placed.

Sustaining that blistering pace against fellow deep-pocketed operators DraftKings, FanDuel, and BetMGM has proven challenging, but Caesars clearly has a substantial foothold in New York — something it cannot claim in other large-market states including New Jersey, Illinois, and Pennsylvania.

With record state handle comes record state revenue, though the specific amount will fluctuate based on event outcomes. What separates New York is how that operator revenue translates to tax receipts for the state. The 51% tax rate looked and sounded high in abstract as the Empire State was winding its way through the legislative process, but seeing it levied on operators on a weekly basis is a whole other story.

The highest monthly tax collected from any of the seven initial operators by the state in January was the nearly $30.1 million paid by Caesars. On its own, that figure would have ranked second nationally behind only the combined tax bill of the other six operators in the state. Its $9.7 million tax bill for the week ending Jan. 23 ranked behind Pennsylvania and Illinois among states outside New York.

There are now three states that have surpassed $1 billion in monthly handle, with Illinois the most likely candidate to join that select group now that BetMGM recently entered as the state’s seventh mobile operator. Additionally, the Illinois Gaming Board is reviewing applications for the three online-only licenses available in the state.

But January also showed the drawing power in the second tier of states, including newcomer Arizona, where $500 million handle can be reached with the right combination of factors. January provided the most important variable for this benchmark with 10 weekend days, similar to October at the start of what became a four-month wagering frenzy nationwide.

To put this time period in perspective, consider the nearly $31.6 billion wagered legally across the U.S. from Oct. 1-Jan. 31 equals 91% of the $34.6 billion wagered in all of 2019 and 2020 combined. It is not a like-for-like comparison, in that more states have wagering available and the COVID-19 pandemic shuttered most of the industry for three-plus months in 2020. The highest handle of any other four-month window that does not overlap with October 2021 through January 2022 is $16.8 billion from December 2020 through March 2021.

Nine states cleared $500 million handle in January, with Indiana squeaking over the line with $138,648 to spare. To put the four-month surge in perspective, the 10th-highest state handle for September was Tennessee with $257.4 million. In January, Virginia rounded out the top 10 with $485.5 million, which is 88.7% higher.

The extra weekend in January coincided with the first NFL season to have 17 games, which meant another full week of pro football wagering to further whet the appetite for a postseason that was unrivaled in recent memory for excitement and drama — from wild card round to divisional playoffs to conference championships.

Will promotional play be the next battleground?

New York’s 51% tax rate coupled with the inability of operators there to deduct promotional revenue has created an outlier in terms of national monthly tax figures for sports betting. The state accounted for 49.3% of the record $128.6 million in tax receipts collected in states with sports wagering, but what that figure hides is the amount of promotional revenue that goes untaxed from select states.

There are nine states that allow operators to make a portion of their promotional revenue tax-free. Of the nine, five ranked in the top 10 for handle in January, and Tennessee was 11th. The combined revenue that went untaxed, totaling close to $121.2 million, nearly matched the total of taxes collected nationwide. It made up 18.7% of gross operator revenue of $648 million in January.

Because states use different tax rates, the amount of unrealized tax revenue varies, but the estimated total amount in the table below comes to close to $18 million. That is just shy of 14% of the collected tax receipts nationwide. Eighteen million dollars may seem like small change, but $216 million annually in unrealized tax revenue nationwide might certainly raise eyebrows.

In this instance, it needs to be remembered sports betting does not operate in a vacuum for legislators. Sports betting is sometimes a vehicle that creates the path for casino-style iGaming, which states can tax at a higher rate given the profit margins are less prone to monthly fluctuations. Many sportsbook operators offer their wares as part of iGaming platforms, so the game of give and take with legislators is part of the game within the game of the gaming industry.

Some statehouses have become savvy about promotional revenue, with newcomers Connecticut and Louisiana prime examples. Connecticut currently allows operators to deduct up to 25% of their gross revenue for promotional play, but that percentage will drop by five points each following year until it zeroes out. Louisiana limits promotional play to $5 million per operator, which fosters business strategy that includes keeping powder dry for big events, including the Super Bowl and NCAA Tournament.

The state that may be paying the most attention currently is Ohio, which is on a deliberate path to launch that is looking more and more like it will take place on or near Jan. 1, 2023 — the latest date allowed by state law. Rules packages are being submitted constantly, and the eventual end product will undoubtedly affect the extent to which the Buckeye State can add to its own coffers.