It All Adds Up: The House Wields The Hammer In June And Cleans Up 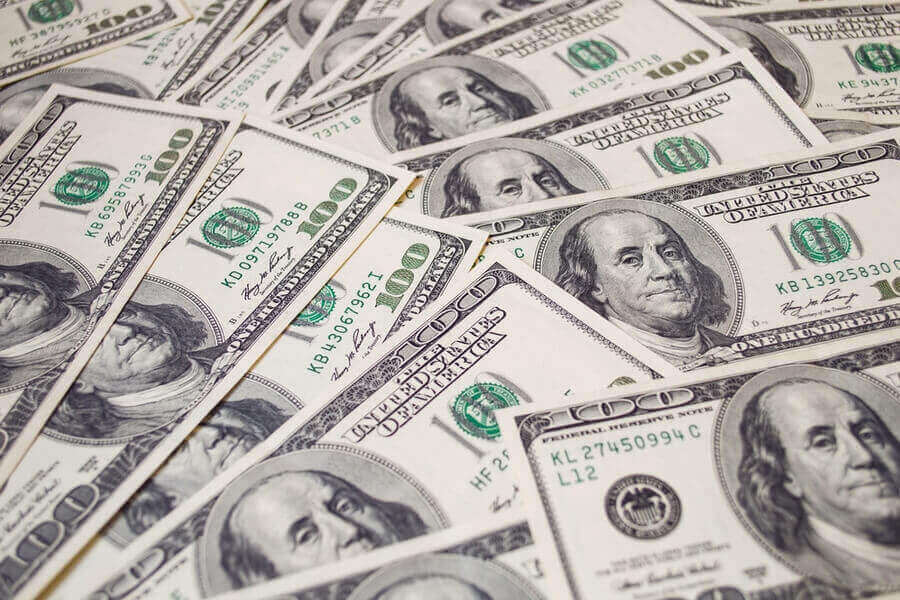 Those roles for the house and bettors for sports wagering across the country in June were clearly defined, as operators posted the highest nationwide win rate of 2021, leading to an impressive revenue haul that moved the full-year dollar totals in handle, operator revenue, and tax receipts beyond the pandemic-affected figures of 2020.

At the halfway point of the year, there has been more than $24.2 billion worth of wagers, which has become more than $1.75 billion worth of operator revenue. That, in turn, has generated more than $260 million in tax revenue for governments across the 19 states (and District of Columbia) where sports betting is legal.

While no national monthly records were set in any of the three major money categories in June, the nearly $318 million in operator revenue and $48.4 million in tax receipts were both the third-highest monthly totals among the 37 comprising the post-PASPA era. Bettors also did their part, as the nearly $3.68 billion they wagered in June ranked seventh and was approximately $40 million less than May.

Win rate and its ripple effects

Usually referred to as “hold,” as in the amount of money the house holds or keeps after all bets are paid out, the win rate fluctuates from month to month. That is sometimes based on a fluctuation in handle or a marquee event that generates a lopsided result in either the house or the public’s favor (the Super Bowl would be one such example).

The national win rate for June was 8.64%, the fifth-highest of the 37 months post-PASPA and easily clearing the previous 2021 high of 8.23% set in January. Nevada’s nation-low 5.35% hold was the only thing keeping the June win rate from being the fourth to clear 9%. Had the Silver State even recorded an 8% hold on its $545.5 million handle, the national win rate would have been 9.029%.

Baseball betting, especially in Las Vegas, made an impact. A post-PASPA monthly high of $226.2 million was wagered, but the hold was just 1.41% as operators claimed only $3.2 million in revenue. On the Vegas strip, bettors made out with $1.8 million in profits on $87.6 million bet.

Since the national handle did not vary all that much month to month — it dipped 1.1% from May to June — the climb in operator revenue was due more to sporting outcomes. In Illinois, basketball revenue climbed 39.3% to nearly $9.6 million despite a 17.1% drop in handle. That resulted in the win rate spiking more than three full percentage points.

In Colorado, hometown betting on the Avalanche — a losing cause after they had jumped out to a 2-0 series lead against the Las Vegas Golden Knights — contributed to a 24.06% hold as the Centennial State books collected close to $2.5 million on hockey wagers. Speaking of Las Vegas, the house also cleaned up on hoops in the Silver State — a 10.22% win rate resulted in more than $19.8 million in revenue. As always, parlays contributed, and that will be addressed.

The hold climbed substantially in five of the six largest states — New Jersey, Nevada, Illinois, Pennsylvania, Michigan, and Indiana — with Nevada again a group outlier, as it actually dropped. It did, though, post a month-to-month increase in revenue because its handle spiked 14.2%. The win rate in Illinois was an all-time high, while it was the second-highest in Indiana in a full wagering month, an all-time high in Pennsylvania since mobile wagering launched in May 2019, and the second-highest in Michigan since mobile launched in January.

When replacing adjusted revenue with gross revenue for Michigan and Pennsylvania, the month-over-month percentage increase drops to 25.6%, as the pair reported $19.2 million in non-taxable promotional operator revenue in May and close to $16.5 million in June. Regardless, it is still an impressive jump, considering the combined handle among the six states slipped 1.6% from $2.76 billion in May to $2.71 billion in June.

The nearly $23 million in operator revenue from parlay wagering would have ranked FIFTH overall among all states with legalized sports betting.#GamblingTwitter

Despite the incomplete national picture when it comes to parlay wagering, having three of the four largest states for handle disclose those monthly numbers allows one to consider what those numbers could be like writ large. It is not clear whether there is uniform reporting for these bets across Nevada, New Jersey, and Illinois per variances in state accounting rules, but it is clearly apparent in the latter two that they are both wildly popular and keeping operators happy.

New Jersey does not provide granular details of sports wagering by operator; its monthly reports simply provide year-to-date winnings and year-to-date handle. Across the first six months, parlay wagers have ranged between 18.43% and 27.84% of monthly handle, totaling close to $1.1 billion. The revenue from those wagers, however, is just shy of $194 million — a 17.81% win rate, or more than 2.5 times the industry standard of 7%.

As a result, parlays have accounted for 52.63% of the Garden State’s revenue in 2021 and 11.1% of the national sports betting revenue. Essentially, one out of every nine dollars a sportsbook has made in the United States this year has originated from a parlay bet placed in New Jersey.

The Illinois Gaming Board offers a far more robust breakdown of its sports betting numbers, and diving in produces many interesting statistics. Through the first half of 2021, there have been 41.6 million parlay wagers totaling more than $653 million in handle. Those bets have generated more than $119 million in operator revenue — approximately 46.7% of the overall $255 million collected.

And this is with one sportsbook in the state — Caesars/William Hill — taking no parlay action.

The popularity of FanDuel‘s “Same Game Parlay” has made it both competitive with DraftKings on a monthly basis for top handle, but also superlative to its rival in terms of generating revenue in Illinois. DraftKings has generated nearly $280 million more in handle than FanDuel since taking its first online bets in Illinois in August 2020, but collected $26.7 million less revenue.

FanDuel became the first operator in the state to clear $20 million in monthly revenue in June, and 70.2% of that $20.1 million — more than $14.1 million — came from parlay wagering.

While the IGB reports do not break down single-game parlay wagering versus overall parlay wagering, it does offer the following figures: total wagers placed, handle from wagers, and payout from wagers. From exclusively online wagering in June, FanDuel accepted 2.4 times the volume of bets as DraftKings while generating 1.74 times the handle.

FanDuel may have lagged in terms of average bet amount placed — for every $1 it accepted in parlay wagers, DraftKings accepted $1.37 — and the $36.6 million FanDuel paid out was 1.5 times the $24.4 million DraftKings paid out to its winners. But it’s an acceptable trade-off considering FanDuel made more than triple DraftKings’ nearly $4.7 million in revenue in this category.

Yes, FanDuel’s 27.84% win rate is equal parts staggering and an anomaly, but considering the overall win rate on parlays in Illinois in 2021 is 20.13%, it may not be such an outlier. Take it one step further, and that win rate could often land between those two percentages in monthly reports in the fall given the expected surge in parlay wagering that will come with the NFL season and the league being an official partner.

It is no wonder DraftKings has recently introduced its own version of single-game parlays into the betting mix.

The good news is New York has made some progress on the mobile sports wagering front as the slightly delayed and eagerly anticipated application for RFPs was finally released. The bad news is the potential impeachment of embattled Gov. Andrew Cuomo and the state legislature machinations that come with the process could completely derail any sort of optimistic timeline to have expanded betting in place by the Super Bowl.

All the while, New York’s four retail sportsbooks continue chugging along — largely out of sight and out of mind. The quartet actually posted a slight uptick in handle to $14.2 million for June and posted a 13.05% win rate to collect more than $1.8 million in revenue. The bump in handle, though, was not enough to prevent falling to 17th in the June national handle rankings as the District of Columbia climbed up one spot. And the nationwide increase in hold meant more tax revenue for just about everyone as New York’s $185,864 placed 19th, ahead of only Arkansas ($59,088).

But there are still plenty of athletes who are making more in annual salary than New York’s monthly sports betting handle. Here are five more, with American player salaries courtesy Spotrac:

Lionel Messi — Technically a free agent until Paris-Saint Germain secures the fleet of Brinks trucks it needs to pay the Argentine soccer superstar, Spanish paper El Mundo reported that Messi earned $168.5 million per season over the four-year contract extension he signed in 2017.

Forget New York, the world’s best No. 10 is challenging Tennessee for the No. 9 spot on a monthly basis.

Markelle Fultz — If you listened close enough, colleague Eric Raskin just let out a primal scream of frustration. The former No. 1 overall pick of the 2017 NBA Draft by the Philadelphia 76ers, Fultz signed a three-year, $50 million extension with the Orlando Magic last December and tore his ACL less than one month later. Fultz has averaged 10.9 points and 4.6 assists in 113 games since entering the league and is averaging $16.7 million per season on his new deal.

Davante Adams — New York will need to get mobile sports wagering in place by the start of the next season to make sure it can generate more handle than the average annual salary Adams will command with his next contract. The Green Bay Packers’ top receiver will be making $14.5 million in the final year of his four-year deal in 2021 and is arguably underpaid after totaling 309 catches for 3,757 yards and 36 TDs in 41 games as Aaron Rodgers’ favorite target the last three seasons.

Alex Cobb — The Angels pitcher is making $15 million this year, though the Baltimore Orioles are picking up $10 million of that salary after sending him west via trade the past offseason. Cobb has been solid this year with Los Angeles, going 7-3 with a 3.82 ERA in 15 starts, but the right-hander is 14-25 in 56 starts over the course of the four-year, $57 million deal he signed with the Orioles in 2018.

There is still no NHL player making more than Connor McDavid’s $12.5 million with the Edmonton Oilers, so it’s back to European soccer, with £100 million midfielder Jack Grealish. The first player to secure a nine-figure transfer fee (in pounds) in the Premier League with his move from Aston Villa, “Jackie Calves” (h/t Miriti Murungi) will be making a reported $21.6 million in salary as Manchester City begins its bid for a sixth domestic title in 11 seasons and long-sought Champions League glory Sunday versus Tottenham Hotspur.

Photo by Anna_So via Shutterstock