The ancient Spanish sport will play on at Magic City Fronton through at least the '23 season, the COO says 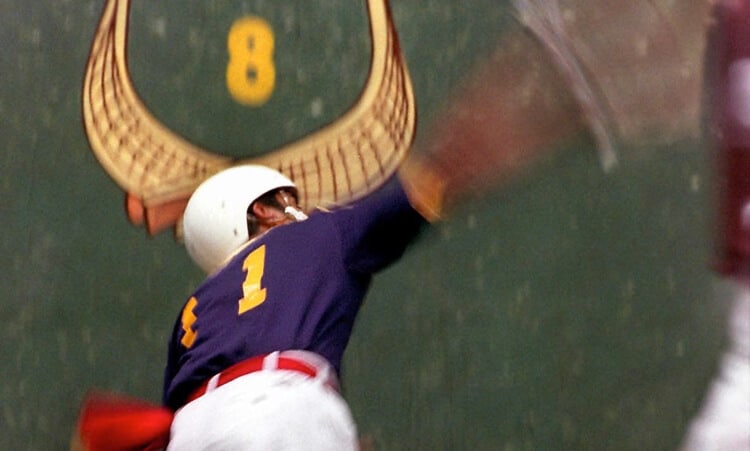 Scott Savin has good news for the 40-and-up set who wax nostalgic over jai alai’s glory days, as well as for the growing group of younger fans who have been bingeing his company’s Magic City Jai Alai videos on social media in recent months: Jai alai will survive on American ground through at least the end of the 2023 season.

The last remaining active fronton of the world’s fastest ball sport on U.S. soil will continue to hum for at least one more year. But after that 2023 season, Magic City’s owners might have to start making a profit to carry on.

“The owners give me a lot of latitude and they’ve been great about it. As long as we are increasing revenues, they’re good to go with it,” said Savin, the chief operating officer. “If we stagnate or drop, they would tell me, and I would agree with them, that this was a wonderful experiment that didn’t go where we wanted it to go. But right now, everyone’s enthusiastic that we’re still very much in the growing phase and everything looks like it’s unfolding positively.”

Sport has come a long way

Savin hatched the idea a little over five years ago to resuscitate a sport that was on death’s doorstep in South Florida. At his casino between Little Havana and Miami’s airport, Magic City erected a new fronton, enlisted former University of Miami athletes to take up the sport, broke a union that was dominated by players from the Basque region of Spain, and got the sport off life support in the U.S.

Now, after cutting deals with BetRivers to offer mobile sports betting on jai alai in Pennsylvania, Illinois, and five other states and with FTF Sports to stream it live, Savin said there are signs the sport is growing in popularity.

And the indicator he and the rest of the management team tracks isn’t exactly up the alley of the blue-hair set that remembers jai alai in the 1970s and 1980s, where it thrived all over Florida and parts of the Eastern seaboard. Savin said Magic City Jai Alai’s TikTok numbers have been “eye-opening” to the management team. They had 170,000 unique visitors to their Memorial Day livestream, with the average viewer spending more than three minutes watching, an eternity for TikTok users. Their videos have gotten more than 10 million views all told, he said.

“That gives us cause for a lot of optimism,” Savin said. “I’m generally not a patient person, but I’m learning patience. It’s crawl, walk, run, and crawling is getting eyeballs.”

The quality of play has led the way. After that first season in which former Miami football and baseball players tried to learn the game through trial and error — a season hilariously captured in the documentary Magic City Hustle — Magic City now is arguably offering the best jai alai in the world.

Savin’s group has altered the rules enough to make the Basque inventors from the late 19th century roll over in their graves, but they’ve drawn most of the best players in the world. Three of the top five singles players globally and two of the top five doubles squads play at Magic City. Players can earn upward of $110,000 for half a year’s work if they play well enough.

There are signs of maturity on the business side as well. Savin said BetRivers executives have told him that wagering is up 30% this season and that the sport has moved into its top 10 by handle, ahead of some of the smaller sports such as Major League Lacrosse, rugby, and darts and just behind the Canadian Football League.

Another source of revenue growth for the sport is selling teams. For $100,000, a person can purchase one of the teams that compete in the Battle Court Season that starts in September. In August, the casino will stage its first-ever draft, in which new owners will call the shots. The winner of Battle Court gets $50,000 in prize money, plus whatever revenue sharing is handed out, and there are no further costs to the owners.

It’s a heck of a lot cheaper than owning the Dallas Cowboys, Savin points out. The casino’s goal is for all of the teams to  eventually be owned by individuals paying full price. For the first season ownership was offered, two of the four teams were bartered to media companies in exchange for free publicity. One of those was The Dan Le Batard Show with Stugotz. When media entities win the championship, the prize money goes to a charity of their choice.

Overall, Savin sees a sports league in the crawling stage, but walking remains the goal. With signs it’s gaining traction with a younger demographic, available in as many as 115 million homes due to the streaming deal, and with a mobile sportsbook operator in tow, the potential for long-term sustainability is there.

“That’s what everyone is clinging to, with a wide-eyed optimism for what the sport potentially could be,” Savin said.