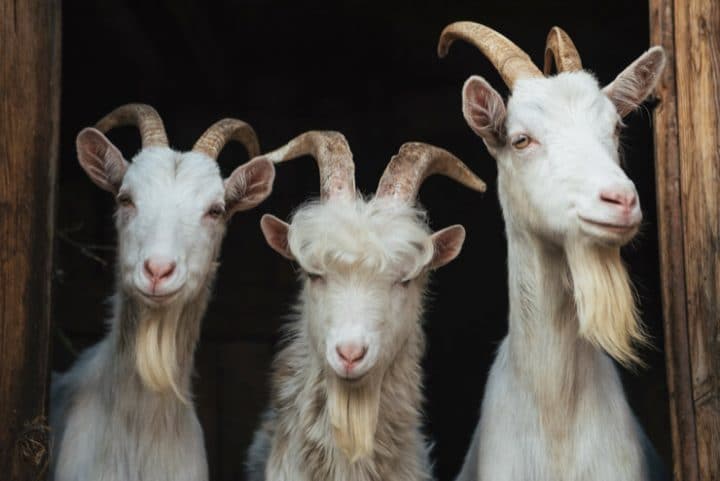 “Jeopardy James” is not the Jeopardy! GOAT. That title belongs to software-engineer-turned-author Ken Jennings, rather than Las Vegas-based professional sports bettor James Holzhauer.

Holzhauer, who set 20 records during his 32-game winning streak in 2019, most of them related to the astronomical amounts of money he was winning game after game, will always be No. 1 in the hearts of some of his fans. But don’t try to tell him he’s the greatest of all-time.

Literally no. Did you even watch? https://t.co/g4Q0bEZTGM

In an inventive format that saw the three contenders for GOAT status — Holzhauer, 2004 winner of 74 straight games Jennings, and all-time Jeopardy! money leader Brad Rutter — compete in a series of two-game matches that aired in prime time, playing until one of the contestants had three wins, Jennings triumphed somewhat convincingly, with three victories to just one for Holzhauer and zero for Rutter.

We say “somewhat” because Holzhauer was victimized by inferior luck when it came to finding Daily Doubles, and because in the dramatic final match that aired on Tuesday evening, the pro gambler was one correct Final Jeopardy response away from moving into a 2-2 tie and forcing a fifth match.

Even Jennings — being gracious but also truthful — admitted he enjoyed some “run good.”

“I know this tournament was supposed to settle the Jeopardy ‘Greatest of All Time’ question forever, but let’s be honest: I got some breaks,” he tweeted on Tuesday night. “There’s a lot of luck in a game of Jeopardy: the categories, who finds the Daily Doubles, who misses a fluky DD or Final.”

The GOAT tournament was recorded in December, and for some TV viewers, it was over before it began. As ESPN’s David Payne Purdum reported, leaks about the result led to lopsided betting at the offshore sportsbooks that offered wagering on the outcome, prompting those books to close the market.

A source in the betting community confirmed to US Bets that the “Contestant X” referenced by Purdum was indeed Jennings. So the leaks were accurate, and the regulations in legal U.S. sports betting that have thus far prevented wagering on scripted entertainment such as Game of Thrones or WWE or on pre-recorded competitions were proven wise.

Jennings won the first match, Holzhauer the second, and Jennings the third, while Rutter consistently finished a distance behind them (more on him in a bit).

In Match 4, even after Jennings won the first of the day’s two games by a hefty margin, 65,600 points to 34,181, Holzhauer remained in the hunt. He benefited from a conservative bet from Jennings on a Daily Double — the only time out of 24 Daily Doubles all tournament that saw a contestant not go “all in” — and pulled out a massive double-up later in the Double Jeopardy round to put himself in a position to catch Jennings.

The scores were such that, with a big bet and a correct answer in Final Jeopardy from Holzhauer, Jennings was beaten no matter the size of his wager — hence his decision to risk nothing while correctly answering “Who is Iago?” for the question about Shakespearean tragedies.

Holzhauer, however, wrote down “Who is Horatio?” His incorrect response locked up the GOAT title for Jennings at the conclusion of a game about as exciting as Jeopardy! gets.

Holzhauer’s legacy not in jeopardy

So there you have it. Holzhauer is not the GOAT. At least based on this particular competition.

But he remains a key figure in taking sports betting more mainstream, having gone a long way toward cleaning up the public image of what a sports gambler is.

Jeopardy! host Alex Trebek asked him during Tuesday’s broadcast whether, with his bankroll boosted by nearly $3 mm (before taxes, anyway) from appearances on the game show in the past year, he’ll continue to be a professional sports bettor.

“We’ll see what the world of media has to offer me, I think,” Holzhauer responded.

Translation: Not if he can find a more stable way to make a lucrative living.

Even if he ranks no higher than No. 2 all-time on Jeopardy!, it’s safe to say Holzhauer changed the game more than anyone, including Jennings.

If not for Holzhauer’s presence at one of the podiums, Jennings and Rutter would not have felt the need to bet all of their points every time they hit a Daily Double.

@James_Holzhauer is a player so dominant that, when he took on the strongest players ever in his sport, they both had to adopt his exact style of play just to contain him. THAT's a once-in-a-generation talent.

All three players adopted Holzhauer’s strategy of bouncing all around the board and starting with the big-money clues — a technique not invented by Jeopardy James, but arguably perfected by him.

Holzhauer raised the stakes for all future players. Jennings had to gamble big to hold him off; going forward, players will gamble big in pursuit of his records.

Too much trash talk?

The four nights of Jeopardy! GOAT broadcasts were highlighted by an abundance of laughs.

In games in which the Final Jeopardy responses were not going to matter for some of the contestants, they often took the opportunity to express their admiration for Trebek.

Holzhauer did so to maximum comedic effect, once writing down “Who is the GHOST? (Greatest Host of Syndicated TV)” But he only wrote “Alex Trebek” after crossing out the first six letters of “Pat Sajak.”

“You started to write Pat Sajak?” noted Trebek. After a pause, he quipped, “I wish you had risked more points.”

Mixed in with the good-natured humor was a measure of good-natured trash talk, most of it on Twitter. The question, though, is whether Holzhauer ever crossed the line in ribbing Rutter.

It was tough to watch the previously undefeated (vs. humans, at least) Rutter stumble repeatedly during the GOAT tourney. In addition to seeming slightly over-matched against Jennings and Holzhauer, Rutter was a disaster on Daily Doubles, uncovering 10 of the 24 on the board across the four matches they played, but answering only three of those 10 correctly. That was often the difference between Rutter being competitive in a game and him being mathematically eliminated entering Final Jeopardy.

Or this shot fired before Tuesday’s telecast:

But this one was perhaps a bit harsh:

Ken got in on the smack-talking act:

BREAKING: I have decided to follow @James_Holzhauer on Twitter, since he’s been following me on Jeopardy all week.

And Brad finally fired back with a bullet of his own:

Congrats to @James_Holzhauer as well. Have the New Orleans Saints been in touch about a job? Because with their tendency to talk a bunch of trash after losing in the playoffs, you’ll fit right in.

It was on Tuesday’s show, however, that Holzhauer seemed to go a step too far and perhaps hurt his own popularity slightly. Rutter finished the first game of the night with zero points. When all three contestants’ scores were reset to zero at the start of the second game, Holzhauer remarked that Rutter’s score hadn’t changed. Deep in what had clearly been a frustrating competition for Rutter, it didn’t come off as good-natured as Holzhauer probably intended it, and the studio audience reacted with an uncomfortable groan.

But in the end, all three players were effusively respectful. Holzhauer tried to run back his trash talk by noting on Twitter that, “I believe Ken is now tied for second all-time with one tournament win. Brad, again, has FIVE.”

Jennings was similarly kind, writing that Rutter “got some tough breaks in this tourney, but real Jeopardy-heads know him as the guy who beat me in three straight tournament finals. For over a decade, he’s really had the only credible claim as the Jeopardy GOAT.”

And Holzhauer tweeted, “Thanks to @KenJennings and @bradrutter for a hell of a match. Ken and Brad are great @Jeopardy players but even better people, and have been incredibly good sports about my kayfabe feuding and trash talk.”

And if there’s one thing all three contestants could agree on, it’s that none of them are really the Jeopardy! GOAT. That title belongs to the fourth man on the stage, the one who’s there for every show: