‘Jeopardy!’ James Cruises To Semifinals In Quest For ‘Tournament Of Champions’ Throne

America's favorite sports bettor is back in action, turning in a dominant performance on Wednesday night on Jeopardy! 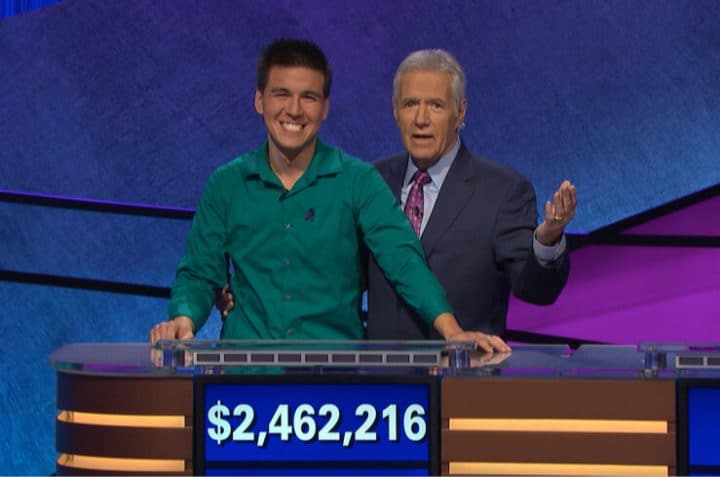 James Holzhauer has returned to his old Jeopardy! stomping grounds for the Tournament of Champions, and in his quarterfinals appearance that aired on Wednesday night, the 35-year-old Las Vegas-based sports bettor once again buzz-sawed through the competition.

Holzhauer entered Final Jeopardy with $30.3k and the game clinched, adding $326 on a correct response in the category 20th Century America as he bested two accomplished players also from the quiz show’s most recent season. They were Lindsey Shultz, a four-day champion who finished the one-episode quarterfinal with $14k and will very likely reach the semifinals as a wild card; also Alan Dunn became another victim, falling to $1 and out of the tournament.

The legendary Holzhauer, who broke various Jeopardy! records and appeared to have broken Jeopardy! Itself with his hyper-aggressive Daily Double double-up strategy, will appear again next week in one of the three semifinals contests. The three winners of those matches will advance to the two-day finals with the winner to be determined based on the highest cumulative score from both games.

For an entire two months from early April to June, Holzhauer racked up $2,464,215 in prize money during a 32-game winning streak of dominating performances that made him a water cooler phenomenon. The Illinois native first captured the attention of the staff here due to his background as a professional sports bettor.

Raise your hand if James tricked you, too. 🙋🙋‍♂️ #TournamentOfChampions pic.twitter.com/qT0Hu8pbFK

Holzhauer did, of course, eventually get defeated in his 33rd appearance — by Chicago, Ill.-based librarian Emma Boettcher, who led James into Final Jeopardy and ended Holzhauer’s epic run with a successful response in the final frame.

Facing top competition in this Tournament of Champions, Holzhauer is not preordained to win, but he still is a heavy favorite to continue unlocking more of his game show supplemental income.

According to statistical modeling by the unofficial Jeopardy! Blog, The Jeopardy! Fan, James has an 87% chance of advancing to the finals and an 83% chance of winning the tournament. That’s 83% or in sports betting terms, about a -500 favorite.

Andy Saunders of TJF writes of the prediction:

In the question of “James or the field”, the prediction model says the answer is a resounding James, with him winning 5 out of every 6 iterations of the model. In fact, with James’ strategic knowledge, I think that the model actually underestimates James’ chances of making it to Week 2. The best chance to take him down will come in the semifinals.

Boettcher’s quarterfinal appearance will air on Thursday night. Saunders’ model ranks her four of the total 15 Tournament of Champions contestants, giving her a 22% chance of reaching the finals and about a 3% chance of winning the $250k grand prize. The second place finisher will take home $100k (before taxes) and third place $50k.

If the Jeopardy! gods have any decency, they will give us the opportunity to see James vanquish the challenger who snapped his streak, or see Boettcher become the New York Giants to his New England Patriots.

You don't need to tell James twice to go "ALL" IN. What a game! #TournamentOfChampions pic.twitter.com/AXvcmXtte0 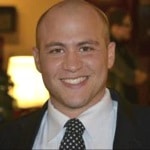