Judge In PlayUp Vs. Mintas Dispute Scolds Both Sides To ‘Put Aside Their Rancor’

Attorneys for the gaming company and its former U.S. CEO are called onto the carpet in Nevada 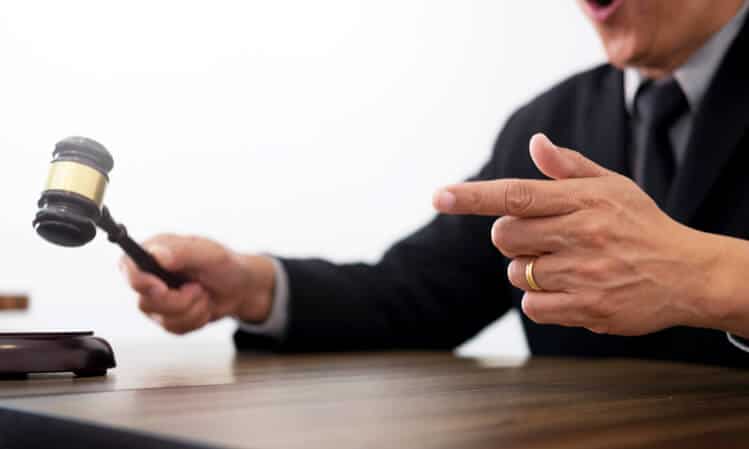 A federal judge in Nevada on Thursday denied a motion by former PlayUp US CEO Dr. Laila Mintas to compel the sports betting operator to expedite the discovery process of evidence in the case. And while issuing that denial, United States Magistrate Judge Nancy J. Koppe made it very clear she expects more civil language going forward in a case that has been civil only in legal nomenclature.

“Although the Court has already done so, it again reminds both sides that they need to be civil and cooperative with one another,” Koppe wrote.

“That is particularly true in the context of discovery. The vast majority of discovery disputes should be resolved through cooperative dialogue.

“To the extent those obligations are not taken seriously and motion practice ensues, the rules provide for monetary consequences as a means to ‘deter the abuse implicit in carrying or forcing to carry a discovery dispute to the court when no genuine dispute exists.’

“To the extent both sides are not living up to their obligations, the Court may fashion other appropriate relief. Both sides are being put on notice that the Court will not hesitate to impose sanctions if they are warranted.

“Given the further conferral efforts required above, now is a good time for counsel to reset their working relationship. Counsel must put aside their rancor to focus on the needs of the case. To the extent they cannot do so, they will face consequences for that shortcoming.”

Previous arrows by the parties

What does Koppe mean?

In Mintas’ filing regarding the discovery process, her attorneys wrote on May 4 that “PlayUp Inc.’s discovery misconduct has forced Mintas to unnecessarily incur attorneys’ fees and costs to cull through PlayUp Inc.’s sometimes indecipherable productions and has delayed Mintas’ ability to proceed with party depositions of PlayUp Inc., [CEO Daniel] Simic, and PlayUp Ltd. (all the while PlayUp Inc. vacates … Mintas and her husband’s depositions unilaterally).”

On April 20, a filing by PlayUp attorneys included a footnote that read, “A review of every one of Mintas’ filings to date quickly reveals her formula: Lead off by mentioning the ‘win’ at the preliminary injunction level; then attack the ethics of the opposing party and its lawyers, and accuse them of fraud on the Court, suborning perjury, and/or intentionally misleading the Court; before addressing the ‘merits’ of the particular motion or paper.”

In another footnote from the same filing, attorneys wrote, “Mintas’ plan to harm [PlayUp], and breach her fiduciary duties to feather her own nest, has reached its apogee” in what PlayUp alleges is some sort of business deal that Mintas has reached with the company FTX.

The origins of the dispute

Last November, PlayUp filed a lawsuit against Mintas in which it accused her of badmouthing the company to cryptocurrency giant FTX just as FTX — according to PlayUp — was on the verge of buying PlayUp for a reported $450 million.

Among the claims were breach of contract of an employment agreement and “breach of the implied covenant of good faith and fair dealing, breach of fiduciary duty, and violation of Nevada Trade Secrets.”

PlayUp successfully sought a temporary restraining order in December against Mintas, which resulted in Mintas not being able to make her case in the media. But a judge in January found that PlayUp did not have sufficient evidence of is claims, and agreed that the company had failed to produce for the court an email from an FTX executive, undercutting PlayUp’s claims about Mintas’ role.

Mintas soon thereafter filed a counterclaim against PlayUp — mainly for defamation and “intentional infliction of emotional distress” — and the bickering has continued ever since.

In 2020, PlayUp hired Mintas, a well-known figure to U.S. gaming industry insiders who travel to various conferences around the country. The hiring was seen as a way for the Australian company to, as Simic put it at the time, “get its piece of the pie” that is the multi-billion-dollar sports betting industry that launched soon after a May 2018 U.S. Supreme Court ruling struck down PASPA.