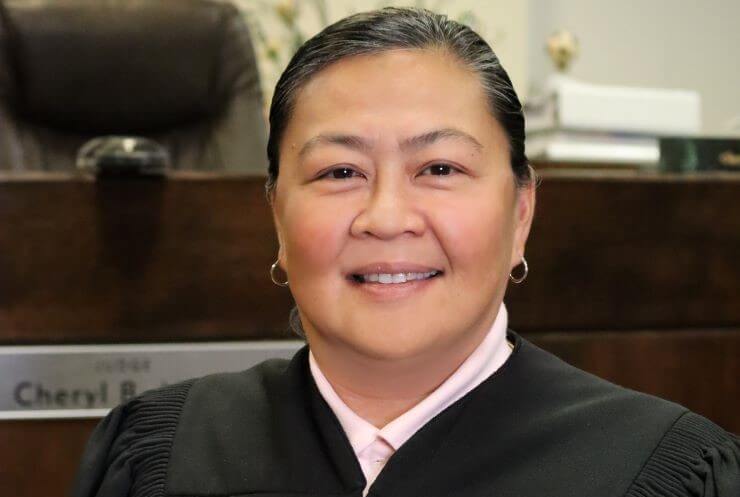 Cheryl Moss in January ceased running the nation’s only court dedicated to rehabilitating criminal offenders who were caught up in gambling addiction, but her work on the issue hasn’t stopped.

Officially retired now after two decades as a judge in the Family Division of Clark County District Court in Nevada, Moss is spending time lobbying for other states to adopt something similar to the novel Gambling Treatment Diversion Court she headed in Las Vegas during the last two years of her career.

She is working on a New Jersey initiative with advocates there seeking to get legislation passed in that state. She addressed a conference of the Council on Compulsive Gambling of Pennsylvania last week and is collaborating with an advocate there on a plan to lobby state court administrators for creation of a gambling court program.

Moss, 64, said she is in early discussions with activists on the issue in Massachusetts and Oregon as well, and a lot of the reason why she’s devoting her time to it relates to her late mother, Dr. Rena Nora.

“I was just 9 or 10 years old when she exposed me to this,” Moss explained in a phone interview with US Bets. As a young woman, she was a “sidekick” to her mother, she said, attending problem gambling conferences around the country and soaking up research.

Nora was a psychiatrist who headed up Veterans Hospital programs in New Jersey first and Nevada later that included a focus on treatment of gambling addiction. Her research, treatment, and advocacy work included close partnerships with two men well-known in the problem gambling field: Arnie Wexler, the former executive director of the New Jersey Council on Compulsive Gambling; and Dr. Robert Custer, a pioneer in gambling addiction treatment for the VA in Ohio.

And before her death in 2008, Nora chaired a state advisory committee in Nevada whose work — with Moss involved as a member — led to the statute enacted by its legislature in 2009 sanctioning the Gambling Treatment Diversion Court concept.

Young drug court has had fewer than 10 participants

Like many states, Nevada has drug courts and other specialty alternative courts designed to keep non-violent offenders from prison if they agree to treatment and monitoring programs and follow a path to rehabilitation.

Before the gambling court in Clark County, however, the only one known nationally was created by Judge Mark Farrell in Amherst, N.Y. It operated from 2001-2013 but ceased upon his retirement.

Such a court would seem to be more relevant on an ongoing basis in the nation’s gambling capital than in a suburb of Buffalo, and Moss was delighted to be offered the chance to start it in Clark County in 2018. Though the state law authorizing it had been enacted nine years earlier, nothing had been formalized in the court system until then.

The Gambling Treatment Diversion Court “participants” — the term Moss uses for them instead of calling them defendants or offenders — may enter the program voluntarily if a criminal court judge determines they are eligible based on a gambling addiction having motivated their crime.

The defendants have typically committed a financial crime such as theft or embezzlement, either to obtain gambling funds or to try to cover for losses. A diagnosis of whether they truly have a disorder is provided by a certified gambling addiction specialist to the criminal court judge, who then determines whether it is proper to refer them to gambling court rather than sentencing them to jail time.

In just over two years, Moss’ court received eight participants, whom she would meet with in open proceedings every two weeks to discuss and evaluate their progress in her typically chatty manner. (A ninth has entered the program under her successor.)

In addition to the court visits, they are required to undergo counseling, join support groups, progress toward financial restitution, undergo drug testing, agree to location monitoring, and other conditions.

Based on individual needs, the participation is to last from 18 to 36 months. The first participants are only just now beginning to graduate from court oversight, but Moss has no hesitancy heralding the program’s achievement.

“You can call it a success for every person kept out of jail for that time — the cost savings is a success in itself,” she said. “That saves $24,000 a year for Nevada. That’s $24,000 times nine people already.

“Because we haven’t yet graduated participants, we don’t know the recidivism rate, but I’m confident it’s going to be quite low,” Moss added. “They weren’t doing it as a get-out-of-jail-free card. They have actually, really been working hard at the program, being genuine, making changes in their lives without it being punitive.”

No presumption of overnight adoption by other states

There were concerns beforehand from some officials that the program might be flooded with individuals, Moss said, but she was confident that would not be the case based on her longtime experience hearing Family Court cases in which excessive gambling is sometimes involved.

One challenge in taking this particular alternative court elsewhere, she said, is so many policymakers have an outmoded view of compulsive gamblers as individuals simply making bad choices, rather than being caught in the throes of addiction.

“There’s that issue of stigma and shame,” the retired judge said. “If people view it as a moral failure thing, we’re not going to make any progress.”

She said New Jersey and Pennsylvania make the most sense for concentrated efforts to duplicate the program next, as they are populous states that in recent years have vastly expanded gambling opportunities, whether it is done in person or still more conveniently by computer or phone. If those states can succeed with pilot programs, Moss figures others will follow.

“We’re getting our feelers out, looking at the atmosphere and the timing,” she said. “It could be a long process. … I do care about this, but I’m not going to be idealistic like a fresh kid out of high school. I want to be able to say at least I didn’t go down without a fight.”

And part of these retirement days in Las Vegas spent strategizing on the phone, sitting in Zoom conferences, and reading up on gambling law and trends goes back to a zeal and compassion installed in her by her mother.

They would occasionally put a $20 bill in a slot machine themselves, laughing it off as research, but all the while recognizing the potential harm such activities can do to a small percentage of the population. Dr. Rena Nora did not survive to witness the vast proliferation of gambling opportunities and convenience nationally over the past decade, but her daughter has.

“You know gambling is never going to go away, and we’ve got to keep up with this explosion,” Moss said. “Otherwise, it’s going to be costing us a lot of taxpayer money and hurting a lot of people’s lives.”