Kalshi Is The Place To Bet On COVID, The Price Of Gas, And Fed Rate Hikes 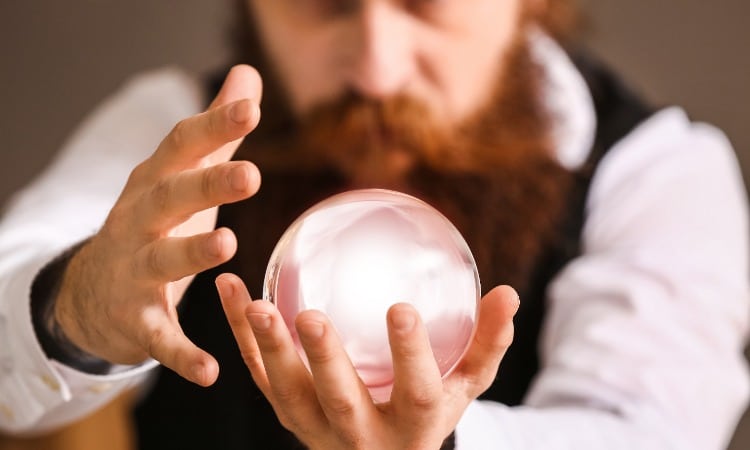 Did you know there’s a roughly 33% chance we’re going to have another COVID wave — where U.S. cases spike to over 200,000 for a single day during any rolling seven-day period — by Sept. 29?

And that’s not Anthony Fauci saying that, or the World Health Organization, or the top virologists making this call: It’s you. And your buddy Larry. And his brother Darryl, and his other brother Darryl.

In short: It’s the crowd — filled with wisdom or not — that believes in the one-in-three shot at another COVID wave by the start of autumn. (For those keeping score at home, the current seven-day moving average is a notch above 110,000.)

This knowledge, as it were, comes courtesy of Kalshi, the first prediction market to be granted legal status by the Commodity Futures Trading Commission (CFTC). It’s a sportsbook for non-sports events, sold and traded like options. For instance, you can “buy” a COVID wave for 34 cents, saying that yes, you believe a new wave is coming. Or, for 69 cents — the price at the opening of trading Monday morning — you can bet against COVID hitting that 200,000 number. (And, of course, you can trade in or out of each bet before they close at zero or $1.)

8 things I learned from using @Kalshi for the last few weeks: 👇

Betting on the potential future death of your fellow citizens not your bag? No worries. You can wager on President Joe Biden’s approval rating: Will it be between 39.1 and 39.3 by July 6? That’ll be 21 cents for yes, 83 cents for no.

Do you think the Federal Reserve will boost interest rates by more than 11 basis points by the end of the year? If you think so, fork over 87 cents, whereas if you believe the fed will ease up, that’s 16 cents on the other side.

And so on and so forth.

It’s been a little over half a year since Kalshi got the green light. It is not the first prediction market to gain some measure of legality in the United States — PredictIt, run by the by Victoria University of Wellington in New Zealand, received a “no action” letter from the CFTC to allow limited trading in political markets. It is also not the prediction market with the most expansive menu. (That would be the decidedly not officially legal Polymarket.)

But as the first legal operation, Kalshi certainly has the opportunity to dominate the market.

And while repeated calls and emails to Kalshi went unreturned, Luana Lopes Lara, one of the company’s founders, told Bloomberg that Kalshi is a “tax on bullsh*t,” in that prediction markets not only offer people a chance to make some money, but they also offer better forecasts than any poll could ever do. In short: People are putting their money where their mouths are.

Kalshi is pricing June inflation MoM change >1.2% at 21c. Considering oil and gas tumbled this month, this does feel a tad ridiculous.

“How much better are they than the aggregation of conventional wisdom? I don’t know, but that’s the point,” said David Rothschild, an economist at Microsoft Research who has studied and written extensively on prediction markets. “The point is, at worst it gives you a statistical data point on aggregated conventional wisdom. And it’s also pretty useful to have people’s money where their mouths are.”

As an economist, Rothschild wants to see more, wider, and better prediction markets. “You’re not going to find any economists who are happy with the CFTC limits,” he notes, but he believes what Kalshi — as well as gray market operators — is doing is super useful for a variety of reasons.

He said for certain markets — like sports — there is limited appeal, mostly because there are already very strong ways to model the future. Same, almost, with politics, as the closer to an election, the closer polling and prediction markets get. But for more esoteric questions …

“For instance, I’d like to know what the conditional unemployment rate will be in five years if we elect a Democratic Congress,” Rothschild said. “But that’s a really tough thing to build a contract around.”

But he points out the more numerous and varied the questions get, the better we’ll all be in the future.

“Ultimately, the more legal these things are, the more money that can flow into it,” Rothschild said. “And I think this will allow us to make more efficient decisions, be better at how we allocate resources, and ultimately allow the markets to be large enough for people to actually hedge in an effective way. And that could lead to a more efficient economy.”

Of course, what an economist gets out of Kalshi and what, say, you or I get out of Kalshi, are two wildly different things.

“People love gambling, and there has always been gambling, legal or not, from the dawn of the republic. For millennia,” Rothschild noted. “And gambling on politics is well documented in newspapers, from the 1800s onwards. Political wagers noted in newspapers, massive trading on the curb of Wall Street in the early 1900s. And if you legally open up these things, people are going to gamble on them.”

Such as … the price of gas. If you’re a commuter, a real road warrior, this could be a way to get some money back in your pocket. For instance: If you think it will be over $4.90 a gallon come July 11? Thirty-six cents gets you on that side. If you think it’s lower, that’s 65 cents. Hedging at the pump. What a world.