Platform Provider Kambi Out To Make Inroads On Single-Game Parlays 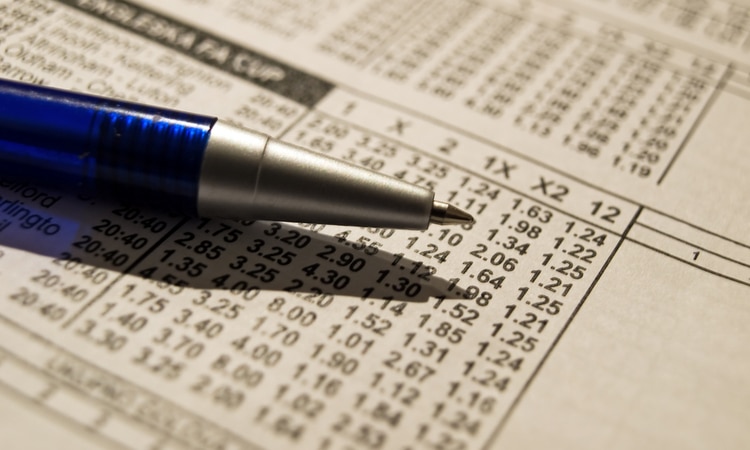 It is the sports betting rage of the moment, a nationwide wave started by FanDuel that other operators have eagerly chosen to ride with various tweaks unique to their respective sportsbooks.

That wave gained critical mass in the spring when the NFL fully embraced legalized wagering with official partnerships, and has been unleashed in tidal fashion this fall. It helped fuel the first $5 billion monthly handle of the post-PASPA era in September and has retained enough strength that teasing a $6 billion monthly handle is not unrealistic.

“It,” of course, is the now widespread availability of single-game parlay wagering. Seemingly anyone who’s everyone now has it as a common offering for bettors, providing a 1-2 punch that serves both bettor and operator well. Bettors can load multiple wagers from a single game for a potential big payday, perhaps more attuned to the matchups within one contest than multiple scenarios over multiple games, while operators get another avenue of increased odds for collecting revenue.

Kambi, one of the most widely known betting platforms worldwide, released its Game Parlay for operators right before the start of the NFL season and recently added the feature to its college football offerings. Rush Street Gaming, Penn National and other sites are powered by Kambi, which means the Game Parlay is available at BetRivers, SugarHouse, Unibet, and Barstool Sportsbook, among others.

“I think worldwide in sports betting, combinations are a big thing,” said Hans Neskvern, Kambi’s head of U.S. Sports. “Combos, accas, game parlays, whatever you choose to call it. Giving people the possibility to bet a little and win a lot, that’s something that attracts players all around the world.”

Correlations are the key

But look at this insane bet I hit. 8-leg single game parlay! pic.twitter.com/5KnlpK9NM9

Neskvern pointed out that the biggest difference between building a parlay from multiple games and a single-game parlay is the correlation of events that exists in a single game versus dependency on singular outcomes from multiple sources.

“It’s a lot of moving pieces. It’s a lot of things that have to work,” he said when describing the basic building blocks of the parlay wager. “The biggest thing with same-game parlays is the correlations. If you combine the Vikings with the Packers with the Patriots with the 49ers, and they don’t play each other, that’s easy because there’s no correlation between the outcomes.

“If you ask me, ‘I want to place a four-fold on who will win and how many points and number of touchdowns for the quarterback at halftime result,’ I can give you that, but not in 0.2 seconds. As a sports bettor, you would like that. Building the whole infrastructure, making sure we handle the requests and doing the correlation correctly – positive and negative correlations — dealing with that correctly, it’s a huge task.”

For Kambi, a European-based company that’s active in the U.S., the primary parallel to parlays are “bet builders,” which are also called “accas” in England. Neskvern, though, pointed out the idea of combining the most basic sports bets — totals and point spreads — for parlay purposes “was something [the U.S.] started long before it was a thing in the U.K. or the rest of Europe.”

His team “built from the experiences there and [has] taken parts of that and Americanized in a sort of way” with the added component of player props, something he feels is distinctly American because “you’re so focused on the performances of sports athletes.”

Neskvern explained that Kambi has internal models which help calculate basic game components, such as the probability of a team winning, and more advanced ones that include player performance. Within those models are the examples of correlation — as the model predicts how many yards the quarterback could pass for, it is based on the number of completions. It is also based on game situations: A team with the ball at its own 30-yard line could have a different level of aggressiveness in play calling than if it was inside the opponent’s red zone.

“It comes [down] to the calculations, the pricing, ‘Are we happy with it? Do we need to adjust something?’ I think that testing was purely done internally,” Neskvern recounted. “The [traders] should know numbers and how to deal with numbers, so they have been testing over a long period. Simulated games, simulated situations, and giving feedback. They discuss things with the quant team, and adjustments have been made.”

There was also some external testing for UX purposes to figure out which offerings could prove more popular, though decisions regarding pricing come down to Kambi’s trading desk and are done internally. A final layer could best be described as beta testing, as the betting public will quickly tell anyone who they think is listening what works and what does not.

Marketing for the single-game parlay was a collaborative effort that walked a fine line between launching a highly visible product and oversaturating the landscape with its presence. Neskvern bluntly stated that single-game parlay “was a huge project, an important product for Kambi,” and getting it launched before the start of the NFL season was vital.

Am I the only one who can’t hit a single damn same game parlay it feels like…
Even ones I play as safe plays something stupid happens. Yet I know someone who had Elijah Moore and Jonathan Taylor 2TD parlay and they hit it. So stupid man…

The parlay business is big business in the U.S. In the nine states that publish revenue figures which include parlay wagering — though each state’s definition of “parlay” may vary — more than $3.8 billion has been wagered in 2021. That number, somewhat skewed since big-market states New Jersey, Nevada, Illinois, Indiana, and Colorado are all represented, accounts for 10.7% of the 2021 national handle of nearly $35.6 billion to date.

In some states, the percentage that parlay revenue represents of overall handle is borderline jarring. Removing Indiana from the previous calculation, because the state’s gaming commission does not provide revenue totals, the parlay win rate in the other eight states is 17.24% — more than double the 2021 national hold of 7.81% off gross gaming revenue. The house has won over $548 million from close to $3.2 billion bet.

In Illinois, parlay revenue has totaled more than $171 million  this year and accounted for 47.6% of operators’ adjusted revenue. The state’s 15% tax rate means bettors have generated more than $25.6 million in taxes solely on parlay losses. That standalone total would rank fourth nationally among all states in 2021 behind only Pennsylvania, New Jersey, and Tennessee.

Neskvern likened launching at the start of the NFL season to winning a Week 1 game while realizing the victory does not make or break a season. He said the current version was Version 1.2, with small adjustments made in Weeks 2 and 3 before a more notable one that expanded the parlay leg capability from 15 combinations to 26 in Week 5. Neskvern also projected a SGP Version 2.0 or 3.0 could possibly incorporate live betting.

A Kambi spokesman pointed out that internal metrics have shown more than 40% of bettors who have placed a NFL wager on the platform have also placed at least one bet combination using Game Parlay. Additionally, Kambi has extended its reach in multiple jurisdictions beyond larger operators and claimed a huge prize Monday when its application as a server that also “served” as a superbid was accepted by the New York State Gaming Commission. If all goes according to plan, Kambi’s platform will be live for mobile bettors in the Empire State before the Super Bowl, further raising the profile of Game Parlay and offering the potential of boosting bottom lines for both bettors and operators.

“We know the sports betting industry. We have taken this step by step, starting with the same game parlays involving the main offers,” Neskvern said. “Player props have been evolving at the same time. In some ways, it is a revolution and a huge project and everything we really worked together towards a target for the first week of the NFL season.

“But it’s still an evolution up to that point, and evolution is going on afterwards.”

Photo by Sinisa Botas via Shutterstock