Sports betting technology provider Kambi has a strong foothold in PA, NJ, WV, and IN, and the European company isn't slowing down. 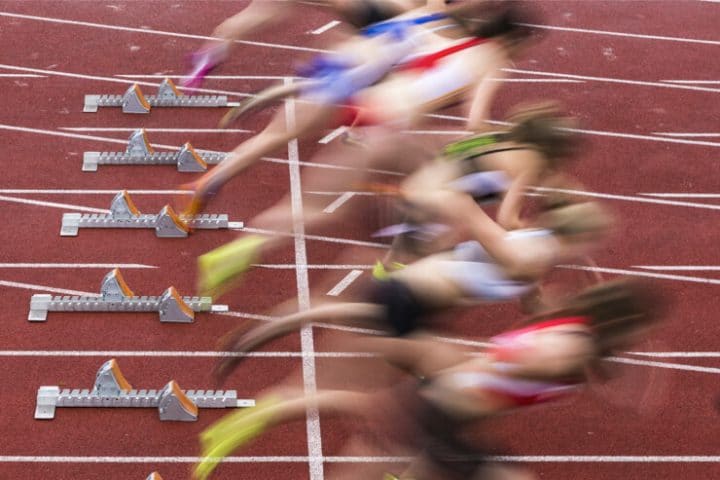 As legalized sports betting proliferates across the U.S. landscape, a European-based company the public will rarely if ever hear about is originating the odds for many of those first legal bets.

Kambi, a sports betting technology provider with a global presence long before PASPA repeal changed everything for the U.S. market, is happy to remain in the background for its better-known partners like DraftKings and Penn National Gaming.

But if you are betting online in New Jersey, Pennsylvania, West Virginia, or Indiana, there is a strong chance your wager started with the traders and algorithms employed by Kambi. To a lesser extent, that’s also true at retail sportsbooks in New York and Iowa. And it will be a quiet but influential presence affecting wagers in many states to come.

Through extensive multi-state agreements with Penn National and DraftKings, wherever they are able to open online and/or retail locations in new jurisdictions, Kambi will join them supplying the behind-the-scenes technology platform that shapes what they offer consumers.

Kambi, which started in 2010 as part of the Unibet Group and split off as an independent company in 2014, is seeing the fruits of a U.S. strategy it began developing prior to the game-changing Supreme Court decision of May 2018.

“We had an eye on the U.S. as early as our conception, because we believed in the U.S. market being so exciting,” Max Meltzer, the company’s London-based chief commercial officer, told US Bets.

Kambi is a B2B (business-to-business, instead of business-to-consumer) provider, competing with the likes of IGT, SB Tech, and Scientific Games. It provides a platform involving odds compilation, risk management, and other facets for the better-known sportsbook a bettor might deal with directly, be it a DraftKings or a particular casino, such as Parx or Rivers in Pennsylvania.

Meltzer said the company honed its product related to U.S. sports for customers around the world while avoiding operations in unregulated markets that could cause future U.S. licensing problems. It also pursued relationships with U.S. companies that could be important to Kambi’s future in America, the first of those being Chicago-based Rush Street Gaming as it developed Rush Street’s Colombian site in early 2018.

That partnership led to its role in developing Rush Street Interactive’s Play Sugarhouse site when New Jersey went live with mobile in 2018, and at the same time Kambi began its important partnership with DraftKings in the state. Kambi’s prior ties in Europe to both Unibet and 888 Sport also led to contracts providing service to them in New Jersey.

As often happens in business, success breeds success, and the New Jersey ties helped Kambi become even more influential in Pennsylvania, where it has powered five of the first seven online sites — those belonging to the Rush Street-owned Rivers Casino properties in Pittsburgh and Philadelphia as well as those of Parx, DraftKings, and Unibet.

Its July agreement signed with Penn National means it also will be odds provider for that company’s future online site tied to Hollywood Casino, and Kambi has added Penn National’s retail sportsbooks in the state to those it already supplies through Parx and Rush Street.

Kambi, a publicly traded company on the Stockholm stock exchange, reported 25.3% revenue growth in the first half of 2019, and appears certain to grow for the foreseeable future.

“Kambi has been very fortunate in having good access into the U.S. market with partners, and while it’s not a household name, they definitely offer a good product,” said Brendan Bussmann, partner and director of government affairs for Global Market Advisors, a research and consulting firm that tracks the gaming industry.

Like other European companies, Kambi was well-situated to hit the ground running in the U.S. market from years of experience creating odds and supplying technology to companies around the world where online and/or retail sports betting has long been legal.

Kambi promises flexibility to its partners

Some casinos or other entities in the U.S. licensed to start sportsbook operations want their brand to be the one known to consumers, but they need technical expertise to develop and run their systems, and that’s where Kambi comes in.

The necessity of such partnerships in sports betting is no different from other industries, Meltzer said.

“Even with the biggest companies in the world, not everything is done in-house to make a success of something,” he observed. “A computer company might outsource the source of its chips … Major organizations in the world recognize when it’s more appropriate and economically best to use a different partner.

“That’s what’s happening with our partners. They recognize they’re in charge of their risk strategy. We provide the technology that’s scalable and enables them to get to regulation quickly, but they’re behind it all and able to decide if they want to take a customer bet … They are very much in control of our tool.”

Kambi emphasizes that flexibility, as its partners can present a different appearance from one another to consumers, even if the odds and options themselves may be the same. The operators all have the ability to adjust lines individually, but the tweaks may not be frequent or substantial and Kambi does not necessarily track them, Meltzer said.

“We will certainly give proactive advice and tools, but we leave it with them,” he maintained.

Kambi says it only profits when its partners do

Ultimately, Kambi has equal interest with operators in seeing bettors satisfied with their experience, but at odds and prices that ensure the house comes out ahead.

The company has 800 employees around the world, some of them now based in a Philadelphia office that opened in June. The company anticipates that American business could account for more than half of its revenue within three years as it continues entering new states with the help of its long-armed partners.

He noted, however, that it may hard for Kambi to duplicate elsewhere the dominance it has shown in Pennsylvania. It had fortuitous pre-existing relationships with multiple companies that now have big roles in Pennsylvania, such as Rush Street, DraftKings, and Unibet.

“Kambi’s really strong foothold in Pennsylvania is in some respects a reflection of the operators in the state,” said Kilsby, noting Pennsylvania’s cap of one skin per operator also creates a more limited market for its competitors to enter.

And when a company like Kambi does well with its initial partnerships, it gets the attention of other operators that may want to follow the same model.

“The traction they’ve gotten speaks to how well they’ve worked,” Bussmann commented. “Those companies [they partner with] can give testimonials of that success, and then as the market continues to move you gain more market share.”

Market potential in every state will be different

Each state’s regulations and existing gaming industry operators will have a bearing on what new companies enter as sportsbook operations begin. Other sports betting suppliers such as William Hill or GVC have their own close ties to major gaming companies, which may be more important than Kambi’s ties in other states.

Still, in Indiana, Kambi supplies odds for two of the first three online sites, since those licenses were won by DraftKings and Rush Street. In New Hampshire, DraftKings will effectively have an online betting monopoly, which places Kambi in a strong position when the product launches in early 2020.

Assuming roles with such a dominant share of the market is nice but not core to Kambi’s strategy, Meltzer said.

“We want to have the market leader in each and every state, and that only requires one operator a state,” he said. “That’s what we target.”

Its contract with Penn National, which operates in 19 states, and an eight-state agreement with DraftKings should ensure a prosperous future for Kambi, no matter what.

“The landscape of partnerships in the U.S. is still not settled, with all the activity between casino operators and new skin deals,” Kilsby observed, “but Kambi has done well to date.”